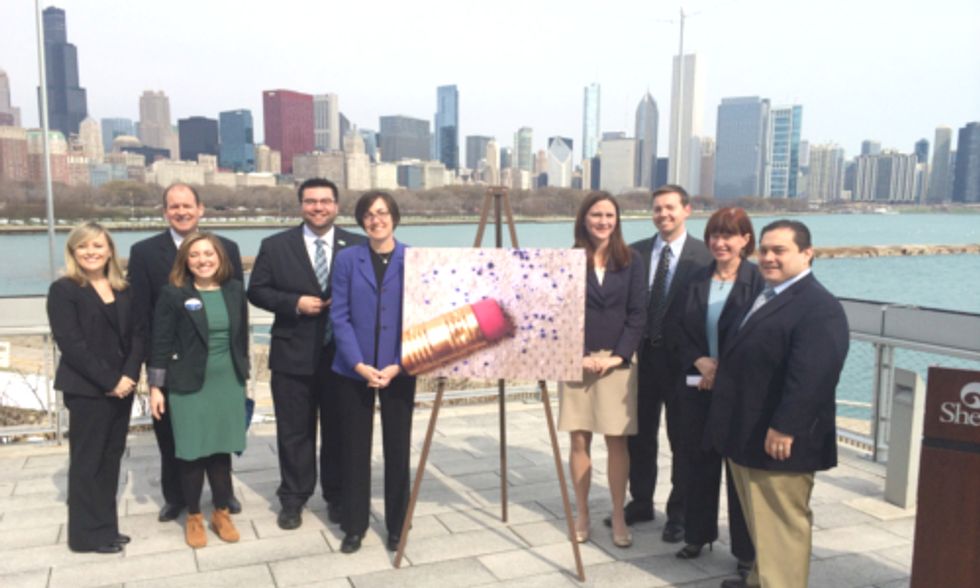 Other states have discussed it, but Illinois is the first to put action behind words.

This week, the state became the nation's first to enact a ban on microbeads, the small plastic particles found in beauty and cosmetic products. Gov. Pat Quinn's legislative signing bans the manufacturing or sale of products that contain the beads. Companies add microbeads to facial scrubs, cleansers and other products to help in skin exfoliation, but they can last in waterways for centuries, accumulating toxic chemicals on their surfaces while threatening public health and wildlife.

“Banning microbeads will help ensure clean waters across Illinois and set an example for our nation to follow,” Quinn said. “Lake Michigan and the many rivers and lakes across our state are among our most important natural resources.

"We must do everything necessary to safeguard them."

As with most laws, the impact won't be felt immediately. The Illinois passage requires manufacturers to remove synthetic microbeads from their process by the end of 2018, while sales will be illegal in 2019. Still, groups who make protecting water and the environment were pleased with Quinn and the legislature.

“Congratulations to Gov. Quinn for signing SB 2727.  Illinois is the first state in the nation to enact a law banning microbeads and we are grateful to Governor Quinn for signing this legislation so quickly,” Jennifer Walling, executive director of the Illinois Environmental Council, said in a statement.  “It is great to see Illinois leading the way on laws that will help reduce plastic pollution in our Great Lakes.”

who says we can't mitigate marine debris from the middle of the country? Well done Illinois and @5gyres ! http://t.co/ddLlS15QVx

The 5 Gyres Institute has been instrumental in bringing microbead awareness to the forefront. Last year, a group of researchers released a study based on a survey of the Great Lakes region, where "we found high concentrations of micro-plastics, more than most ocean samples collected worldwide,” 5 Gyres co-director Marcus Eriksen said.

L’Oreal, The Body Shop, Colgate-Palmolive, Unilever, Johnson & Johnson and Procter & Gamble are among the companies who have already agreed to phase out the use of microbeads.