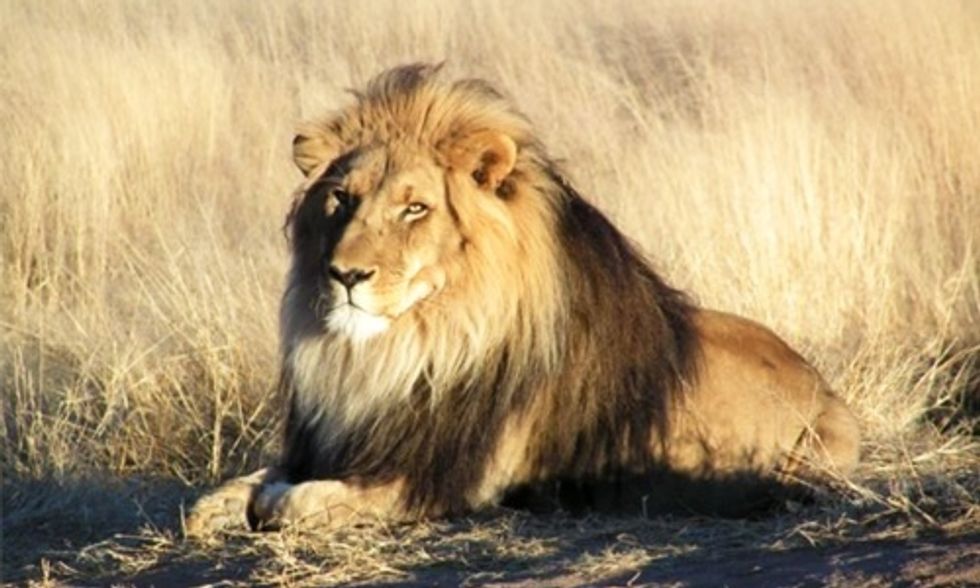 Over the past few years, there’s been no lack of news items involving poachers and trophy hunters killing endangered animals for profit or sport. But in South Africa last week, there was a rare role reversal: two lions attacked a group of poachers, mauling one to death.

The UK’s Daily Express reports the group of five illegal poachers were hunting on at private game farm when two lions gave chase. A spokesperson for the police, Colonel Ronel Otto, told the outlet that “[t]hree men managed to climb into a tree and another managed to escape, but the deceased and two dogs were mauled to death." The dead poacher, Matome Mahlale, was 24-years-old.

Even more incredibly, the incident took place at a private game farm just over the border from the Zimbabwe site where American dentist Walter Palmer killed Cecil the Lion. The incident comes just weeks after Zimbabwean officials announced that Palmer would not face criminal charges in the lion’s death.

There has been a precipitous rise in poaching and trophy hunting of Africa’s most threatened species over the last several years. This year alone there was an 18 percent rise in illegal rhino killings in South Africa, and a 2013 study found poachers had slaughtered a staggering 100,000 elephants. Cecil’s death made national headlines, but the lion was one of more than 600 killed every year by hunters bearing legal, pay-to-play licenses. Estimates place the number of lions remaining in Africa at around 30,000.

The Daily Express spoke to a local who said, “There won't be many people feeling sorry for him. This is seen as poetic justice for the death of Cecil."

Police spokesman Otto, interviewed by the Washington Post, discussed the enormity of the poaching issue in the area where the poacher’s death took place.

“We have a big problem with people doing illegal hunting,” he told the outlet. “It’s difficult from the police’s side because the problem is vast. We do work together with the rural communities—if we learn that there’s a problem, we get there as soon as we can.”