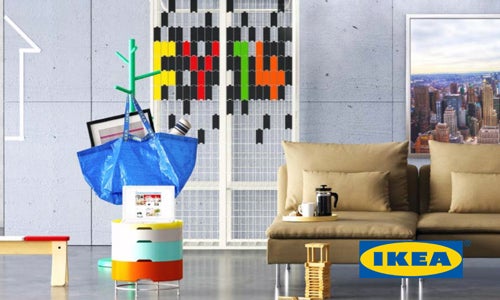 Multinational home products company IKEA, known for its assemble-it-yourself furniture, reported that it sold $1.13 billion worth of sustainable products last year. That included items that saved or generated energy, helped people lead healthier lives, or reduced waste use and waste production, according to the IKEA 2014 Group Sustainability Report. It was an increase of 58 percent over 2013. 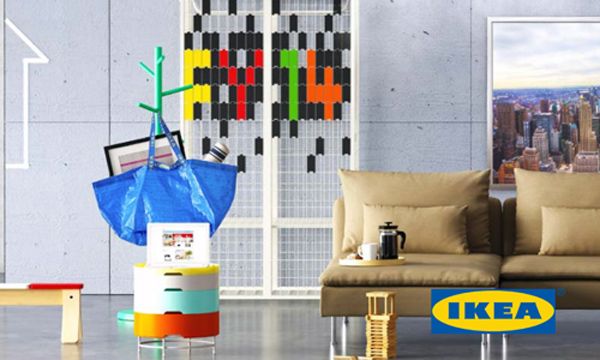 “Our customers also tell us they care about climate change and want to live more sustainably,” said IKEA group CEO and president Peter Agnefjäll. “Through the amount of visitors in our stores and online, we have unique possibilities to inspire and enable millions of people to live a more sustainable life at home by offering sustainable and energy-saving solutions, affordable to all.”

The company’s commitment to sustainably sourced products encompassed several areas. It’s one of the world’s biggest consumers for wood in the retail sector and it’s also become one of the biggest customers for Forest Stewardship Council (FSC)-certified wood, referring to wood that was harvested sustainably. More than 40 percent of the wood the company sold in 2014 was FSC-certified or recycled. In addition, about 75 percent of the lighting products it sold last year were LED or LED compatible, and by September of this year, IKEA will only sell LED lighting. More than 75 percent of all the cotton in products it sold in 2014 was from “more sustainable sources,” that is, made with decreased chemical and water use by the growers and suppliers.

“Through our People & Planet Positive strategy, we want to make IKEA completely sustainable,” said Steve Howard, IKEA Group’s chief sustainability officer. “I’m proud to say that we’re making good progress in transforming the supply of key materials, with over ¾ of our cotton and 41% of our wood now from more sustainable sources, and we’re investing in renewable energy to bring us closer to our goal of being energy independent. And by making energy-efficient LED affordable and attractive, we’ve enabled millions of people to live a little more sustainably.”

One of its signature initiatives in 2014 was the completion of its rollout of home solar panel sales in all 18 of its UK stores. It’s currently expanding the offer to its stores in Switzerland and the Netherlands and has plans to add six more countries in the next several years.

The company’s commitment to sustainability extends beyond the products it offers for sale.

“We also want our own operations to be sustainable, and we have a goal to become resource and energy independent,” said Agnefjäll. “By 2020 we will produce as much renewable energy as we consume in our operations. We already produce energy from our own renewable sources equivalent to 42 percent of our total consumption.” 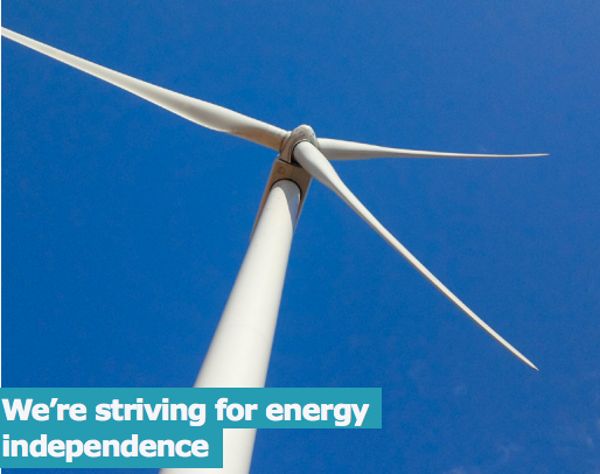 In the works for IKEA are 224 wind turbines intended to move the company toward producing all its own energy. Image credit: IKEA Group

“Climate change is possibly the greatest challenge of our time,” says IKEA’s Sustainability Report. “Tackling it gives us the opportunity to innovate and lead by example.By the end of 2015, we aim to have invested and committed to invest EUR 1.5 billion in renewable energy projects, mainly wind farms and photovoltaic solar panels installed on our buildings. We have already committed to own and operate 224 wind turbines around the world and have installed 700,000 solar panels on our buildings.”

Last year, IKEA invested in its first U.S. wind farm, its largest renewable energy investment so far. When it is up and running, it will produce a third of the energy used by all its stores, distribution centers and factories in the U.S. And its Suppliers Go Renewable project works with its suppliers to help them save energy and use more renewable energy. It worked with 4o groups of suppliers in 2014 and is expanding that number.

Agnefjäll and IKEA’s chief sustainability officer Steve Howard demonstrated their engagement in environmental issues by participating in the People’s Climate March and participated in the Clinton Global Initiative plenary session in New York September. “It was truly great to see all the people out on the streets of New York,” said Agnefjäll. “There can be absolutely no doubt what direction they want policy makers and businesses to take.” 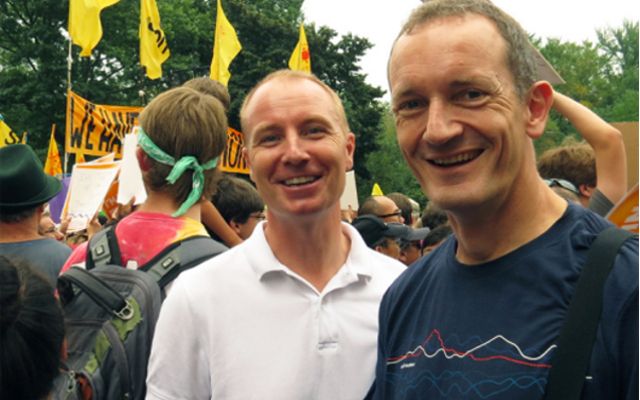 “It was the first time IKEA has ever participated in this kind of global climate change campaign, and we plan to be involved in more of the world’s most important debates on climate change,” says IKEA’s sustainability report.