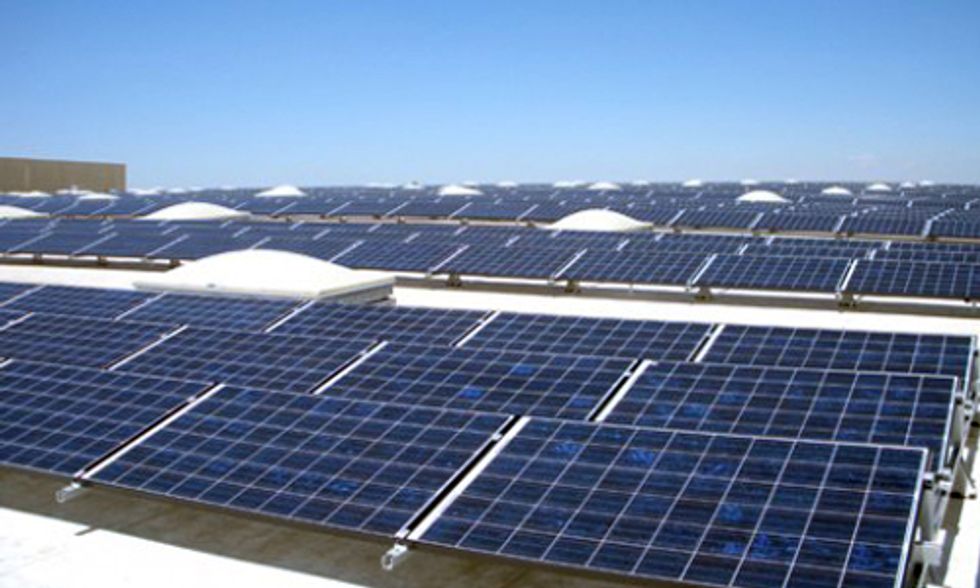 IKEA has commenced work on a new solar panel array that will double the amount of generation at a store just outside, Boston, MA.

The retailer, which installed solar projects on 39 of its 44 U.S. locations last year, recently began work on a 58,575-square-foot addition to its Stoughton, MA location. The addition will make space for 1,248 panels to be installed next spring and produce 383,200 kilowatt hours (kWh) per year.

“We are thrilled at the opportunity to double the amount of solar energy generated and used by this store,” Anton van Dongen, store manager, said in a statement. “This is another example of the IKEA commitment to create a more sustainable life for communities where we operate.”

Once the project is completed, the Stoughton site will have a total of 5,468 panels that generate 1,078,200 kWh. Using the U.S. Environmental Protection Agency's Greenhouse Gas Equivalencies Calculator, IKEA estimates that total to be the equivalent of reducing 761 tons of carbon dioxide, eliminating the emissions of 158 cars or powering 105 homes.

Nearly 90 percent of IKEA's stores are powered by solar energy.

IKEA allocated $1.8 billion to invest in renewable energy through 2015. The company aims to use 100 percent clean energy by 2020. The Swedish company has installed more than 300,000 solar panels on buildings across the world and owns and operates 137 wind turbines in Europe.

IKEA's other sustainable efforts include recycling waste material using energy-efficient HVAC and lighting systems, recycling construction materials, using skylights in warehouses and conserving water in its restrooms. Last month, the company announced that it would take on the largest geothermal project in the history of Kansas and Missouri to heat and cool its Merriam store, just outside Kansas City.