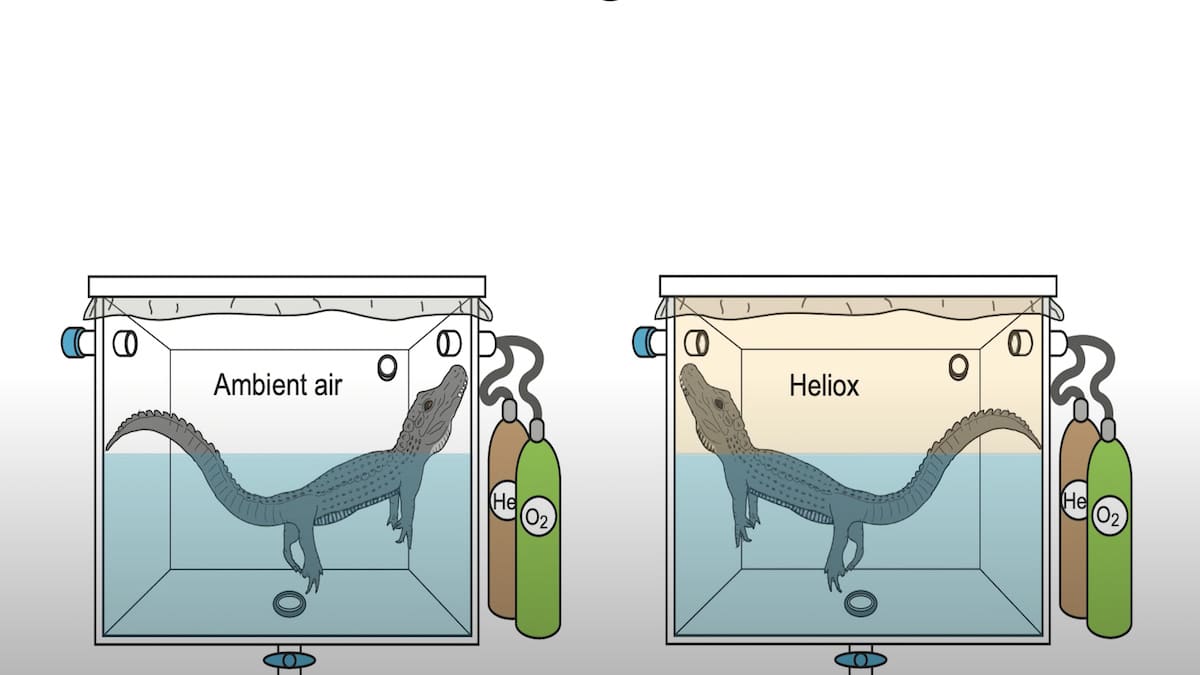 The awards “honor achievements that make people LAUGH, then THINK. The prizes are intended to celebrate the unusual, honor the imaginative — and spur people’s interest in science, medicine, and technology,” the Annals of Improbable Research explains.

This year’s winners included an experiment on alligators that changed their sounds by making them breathe helium. The researchers behind that experiment were trying to show that reptiles, like mammals and birds, can use their voice to show how big they are, according to the BBC.

To figure that one out, the researchers dropped an alligator in a tank and then filled it with oxygen or a mixture of oxygen and helium. The experimenters then registered the different vocal waves. Sure enough, the test confirmed that an animal’s body size correlates to the sounds it makes.

“The resonances in your vocal tract sound lower overall if you’re larger because it’s a larger space in which the air can vibrate,” said Stephan Reber, one of the researchers, to the BBC. “We didn’t know if reptiles actually had resonances. Frogs, amphibians, don’t for example. So we needed a proof of concept that crocodilians actually have resonances.”

Another experiment that won an Ig Nobel looked at if it was possible to make a knife from human excrement. Metin Eren, an archaeologist at Kent State University, was inspired by the story on an Inuit who made a knife from his own stool. Eren used human feces frozen to 50-degrees below zero Celsius and carved it into a knife, according to PBS. Eren then tried the knife on a piece of meat.

“The poop knives failed miserably,” he said, as PBS reported. “There’s not a lot of basis empirically for this fantastic story. The point of this was to show that evidence and fact checking are vital.”

In another experiment that earned an Ig Nobel, researchers from Melbourne’s Swinburne University placed earthworms on a subwoofer to observe how vibrations affected their movement.

“It was a pure ‘what if’ moment,” said Ivan Maksymov, a physicist who conducted the experiment, as The Guardian reported. “We didn’t go into this with any particular question or scientific problem to solve.

“I decided to vibrate the speaker, so I played some instrumental beeping noises through. And they started to move like water.”

The research was published in Scientific Reports.

Other winning experiments included an attempt to link thicker eyebrows with narcissism, according to The Guardian, and an examination of why entomologists are scared of spiders, as PBS reported.