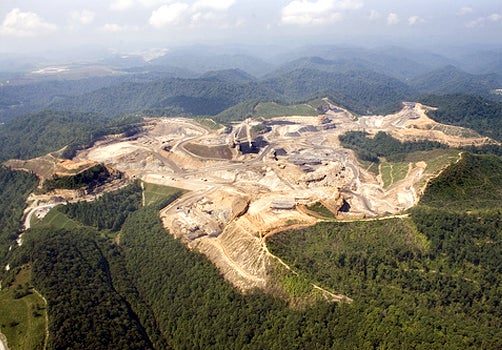 Call it a moment of truth for Big Coal—and a small crack in the wall of denial for the U.S. Congress and the White House.

On the cliff of bankruptcy, St. Louis-based Patriot Coal Corporation agreed this week to a settlement to phase out its large-scale strip mining and mountaintop removal operations in central Appalachia.  Even more importantly, Patriot became the first coal company to admit “our mining operations impact the communities in which we operate in significant ways, and we are committed to maximizing the benefits of this agreement for our stakeholders, including our employees and neighbors.”

That’s not quite a full admission of Big Coal’s role in the mounting humanitarian crisis from mountaintop removal, but the action by Patriot, engineered in a court settlement thanks to the extraordinary work of the Ohio Valley Environmental Coalition, West Virginia Highlands Conservancy, Appalachian Mountain Advocates and the Sierra Club, is an important step toward abolishing the 40-year nightmare of mountaintop removal. 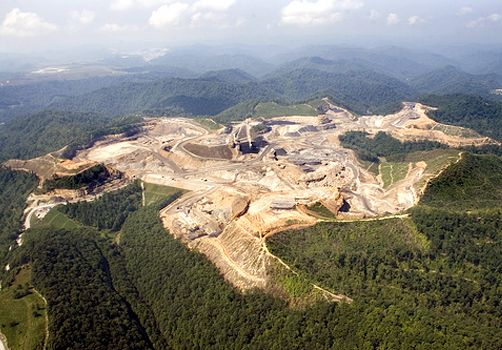 Mountain near Rawl, West Virginia: Largely hidden from most Americans, a highly destructive form of coal mining called mountaintop removal has devastated one million acres in the central and southern Appalachian Mountains. People across America use electricity that is at least partially generated by mountaintop removal coal, but it is a small amount that could easily come from cleaner sources of energy.

In a line: If Big Coal recognizes the damages of mountaintop removal and agrees to phase it out, isn’t it time for the U.S. Congress and President Obama to bring an end to the most egregious environmental and human rights violation in the nation?

For those living amid the toxic fallout of massive strip mining and mountaintop removal operations in central Appalachia, which provides less than five percent of national coal production, the time has come to pass the ACHE Act, the historic bill that calls for “a moratorium on permitting for mountaintop removal coal mining until health studies are conducted by the Department of Health and Human Services.”

“I pray this action by Patriot Coal to halt the impact of man’s destructive abomination upon God’s creation might serve as a catalyst for the U.S. Congress to expedite the enactment of HR 5959,” said Mickey McCoy, ACHE coordinator for Kentucky, “reducing cancer death rates and birth defects of children within the human race who reside in Appalachia.”

“For a company to admit that it’s harming the community is a major step, but we can’t wait for all the companies to end mountaintop removal out of the goodness of their hearts,” said Debbie Jarrell of Coal River Mountain Watch in West Virginia. “Citizens have pleaded with Alpha Natural Resources, Arch Coal and others for decades to stop this abominable practice, but our pleas have fallen on deaf ears and government agencies have not ended the practice. I worry for my grandchildren’s health and for the health of everyone in the community. Patriot is showing that a company doesn’t have to threaten its neighbors’ health and that mountaintop removal is unnecessary.”

“We greatly appreciate the inimitable work of Appalmad, Sierra Club, OVEC and WVHC in bringing about this significant move. However, we cannot afford to rest.  Health damage continues to climb as Alpha Natural Resources and other coal companies persist in blasting mountains to ashes, spreading silica dust and elevated levels of PAH toxins across our communities, contaminating our air, our water and our garden soils. This admission and action by Patriot Coal is a clear mandate to the US Congress to immediately pass the ACHE Act into law; providing an immediate pause on all new mountaintop removal permits and a health study to address the effects of MTR on human beings. Until then, mountaintop removers will continue to jeopardize thousands of citizens’ lives while state agencies do nothing to protect us. We’ve been exposed to hazards such as toxic blasting dust for years, and are now experiencing the long term health impacts. I’m tired of watching my family and neighbors die.”

The ACHE Act, HR 5959, would place an immediate moratorium on new or expanding mountaintop removal permits until the federal government completes health studies proving that the practice does not endanger human health. Fourteen original co-sponsors introduced the ACHE Act in the U.S. House of Representatives in June; it now has 27 cosponsors.

According to the ACHE campaign, the bill’s co-sponsor U.S. Representative Louise M. Slaughter (NY-28), a native of Harlan County, Kentucky, added to the call for real action by Congress: “When industry representatives admit to the dangers of mountaintop removal mining, there can be no more excuse for inaction or delay.  The Appalachian community has fought hard for today’s settlement. It is high-time that the federal government join the fight to end mountain top removal and protect additional Appalachian communities from similar threats to the environment and public health.”

Now it’s time for the U.S. Congress and the White House to respond.