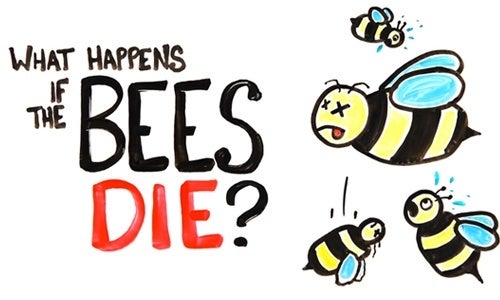 Bees play such a crucial role in our ecosystem. Some even claim if they go extinct, we would be next. Colony Collapse Disorder—the name given to the mass die off in bee populations—is a grave problem.

In May, the U.S. Department of Agriculture reported that the U.S. honeybee population plummeted by more than 40 percent in the last year. Many groups have called for a global ban on the class of pesticides known as neonicotinoids, or neonics, which have been linked to the mass die off in bees. President Obama organized a Pollinator Health Task Force, but many believe that its plans for improving pollinator health do not go far enough.

So why are bees so important? What would happen if all the bees die?

Watch this video to find out:

Buzzing Artist Swarms City Walls to Save the Bees