If A Tree Falls in the Forest, But No Scientist Says So ... 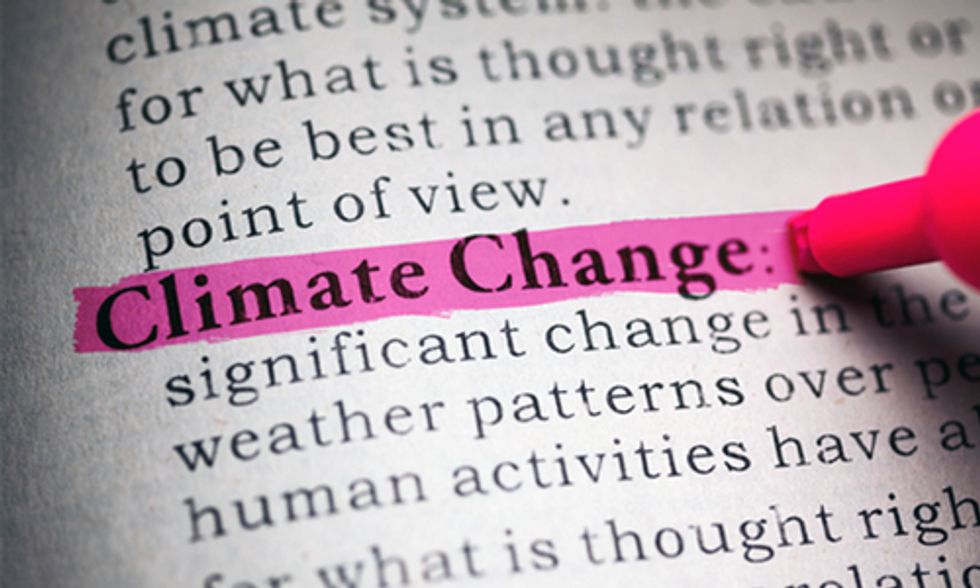 Recently, the highly respected Bulletin of the American Meteorology Society ("BAMS" to those in the know), published a special issue consisting of a couple dozen articles investigating the potential impact climate change might have had on various extreme weather events of 2013. This has become somewhat of an annual rite now (see for example the corresponding 2012 special issue), a sort of scientific postmortem on what role climate change might have played in specific weather events.

I fear that the problem here runs far deeper than the specific flaws in the experimental designs of certain studies. What is most problematic is an over-dependence on climate model "detection and attribution" approaches for assessing the impact of climate change on the likelihood of extreme weather events.
Photo credit: Shutterstock

It might be tempting to view this volume as an authoritative statement by the scientific community on the role climate change may or may not have had in some high profile, devastating recent extreme weather events. But that would be misguided. The BAMS special issue is not a representative, community-wide scientific assessment like those published by the National Academy of Sciences or Intergovernmental Panel on Climate Change. The editors, instead, have solicited contributions from a relatively small number of groups, so the findings do not necessarily reflect the range of views of the broader scientific community. Some leading climate scientists who were not included in the effort have presented evidence of a greater role for climate change in several of the events dismissed or downplayed by the BAMS articles (see e.g. Kevin Trenberth of NCAR on the September 2013 Colorado floods, Stefan Rahmstorf of the University of Potsdam on the June 2013 Central European floods and Jennifer Francis of Rutgers on the 2013/2014 California Drought).

The California drought is of particular interest since it is both an unprecedented and absolutely devastating ongoing event. The thread potentially connecting that event to climate change is the unusual atmospheric pattern that prevailed during winter 2013/2014. That pattern was associated with a persistent "ridge" of high pressure over the western U.S. (see my previous Huffington Post piece) that caused the jet stream to plunge southward over the central U.S., chilling the eastern third of the country, and to veer northward over the west coast, pushing the warm moist subtropical Pacific air masses that would normally deliver plentiful rainfall (and snowpack) to California well to the north, resulting in bone-dry conditions in California and balmy weather in Alaska.

In fact, there are at least three different mechanisms that are potentially relevant to the connection between the 2013/2014 California drought and human-caused climate change. There is (1) the impact of climate change on the pattern of sea surface temperature (SST) off the west coast. One recent study suggests that climate change favors an SST pattern in the North Pacific that increases the incidence of the atmospheric circulation pattern responsible for the current drought. Then there is (2) the marked decrease in Arctic Sea Ice due to global warming. Studies going back more than a decade show that reduced Arctic sea ice may also favor such an atmospheric circulation pattern. More recent work by Jennifer Francis of Rutgers provides independent support for that mechanism. Finally, there is (3) the effect of global warming on soil moisture. All other things being equal, warming of soils leads to greater rates of evaporation and drying. This mechanism leads to worsened drought even if rainfall patterns are unchanged.

One of the three BAMS articles investigating the climate change connection with the California Drought (by Noah Diffenbaugh of Stanford and collaborators) did find a climate change role. They found that the high pressure ridge responsible for deflecting storms to the north was indeed made more likely by climate change. Even without accounting for increased evaporation due to warmer soils, they conclude that climate change likely increased the probability of the 2013/2014 California drought.

Two of the three BAMS articles, however, argue against a climate change connection. But here's the problem: the experimental design used in these studies completely leaves out all three of the mechanisms described above. These studies only looked at the impact of the overall warming of SSTs, without addressing whether climate change might be favoring the specific pattern of SST tied to the high pressure ridge and consequent drought. Neither of the studies accounts for the possible impact of decreasing Arctic Sea Ice (Indeed, one of the two studies explicitly acknowledges this shortcoming: "Other factors, such as the impact of climate change on the ... SST gradient and storm tracks...and changes in sea ice extent...are not examined"). Finally, neither of the studies account for the impact of warming on soil evaporation. So, the fact that two of the three studies find no climate change connection may simply point to deficiencies in the approaches used. The adage "absence of evidence is not evidence of absence" would appear to apply in spades here.

Predictably, the conflicting findings and mixed message of the BAMS report led to confused and misleading headlines like the LA Times "California drought and climate warming: Studies find no clear link". Contrast that with Stanford's press release "Causes of California drought linked to climate change, Stanford scientists say" and the Sacramento Bee commentary "Droughts likely to be new normal for California."

I fear that the problem here runs far deeper than the specific flaws in the experimental designs of certain studies. What is most problematic is an over-dependence on climate model "detection and attribution" approaches for assessing the impact of climate change on the likelihood of extreme weather events. That machinery fails when the approaches used in these studies fail to capture real-world processes that may be critical to these relationships. The failure to identify a climate change impact may simply represent a failure on the part of the chosen model to capture real world processes, rather than the absence of a climate change influence on the events in question.

I'm troubled that this latter possibility receives such short thrift in many of the articles in the BAMS volume. Indeed, a quote by UK scientist Myles Allen in the New York Times' coverage of the BAMS findings encapsulates the hubris by some climate researchers: "If we don't have evidence, I don't think we should hint darkly all the time that human influence must be to blame somehow." Never mind the caricature of his fellow scientists here as furtively attempting, in the absence of any evidence, to blame every weather event on climate change (who are these scientists that Allen speaks of? I've never read any quotes by climate scientists that could possibly be characterized this way). The real problem is the lack of humility among some scientists when it comes to evaluating the potential impacts that climate change may be having on our environment. As leading climate scientist Kevin Trenberth has put it, "The environment in which all storms form has changed owing to human activities." Trenberth notes that global warming has already increased the average amount of water vapor in the atmosphere by about 4 percent, "extra moisture flowing into the storms that produced the heavy rains and likely contributed to the strength of the storms through added energy."

In other words, climate change has fundamentally altered the atmospheric environment in which all weather takes place, and has very likely increased the frequency and intensity of various types of extreme weather, including more intense flooding events, more extensive continental drought, more extreme heat and more intense storms. Just because an event hasn't been positively "attributed" to climate change in a formal "detection & attribution" study does not preclude speaking about the role climate change may have played, when the event is (a) consistent with expectations in a warming world, and (b) part of a larger trend. A negative finding in an attribution study could be a consequence of deficiencies in the experimental design. And the notion that scientists could possibly publish a peer-reviewed article for every weather event that may have been influenced by climate change is, on its face, absurd.

And so to return to where we started, just as a tree that falls in the forest did so whether or not a scientist was there to observe it, an extreme weather event influenced by climate change was thusly influenced, whether or not a scientist published a peer-reviewed article establishing so. We should keep that in mind when we talk about the ways that climate change is already impacting extreme weather, and likely to impact it further if we do nothing to reduce the ongoing warming of the planet.

Michael Mann is Distinguished Professor of Meteorology at Pennsylvania State University and author of The Hockey Stick and the Climate Wars: Dispatches from the Front Lines (now available in paperback with a new guest foreword by Bill Nye "The Science Guy")