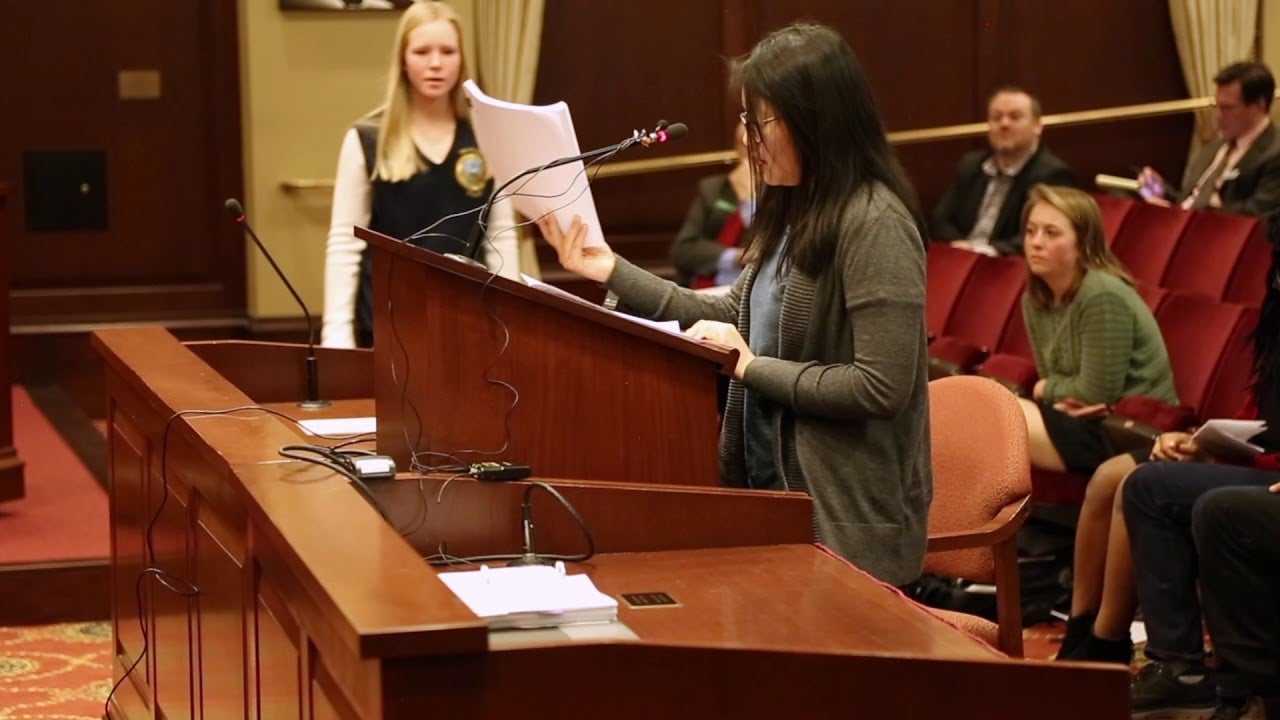 The motion, proposed by Rep. Scott Syme, R-Caldwell, strikes a section* from the Idaho Content Standards that includes the language: “energy and fuels are derived from natural resources and their uses affect the environment.” Several paragraphs of “Supporting Content”** that delves further into climate science were deleted as well.

“I want to support these standards as written,” McDonald said, referring to the work that local teachers put in developing the standards. “What I don’t want to do is not support them. There has been a lot work involved in putting these things together.”

Idaho is the only state in the nation where legislators have removed references to the established science of climate change and the impact of human activity on the environment from the K-12 science curricula. That decision sparked an ardent effort from teachers, parents and students across Idaho who want to revise public school education standards to include climate science.

At a two-day hearing before the Idaho House Education Committee last week, 29 people testified in favor of revisions. Roughly 1,000 public comments were also submitted in favor of the revisions.

“We’re here today not just for those students in classrooms across our state but for tomorrow’s nurses, farmers, lawmakers, bankers and citizens who deserve the very best science and science education—not some water-downed censored version,” said Dick Jordan, a retired high school science teacher at the hearing. “We cannot ignore science even if it makes us uncomfortable.”

But many Republican lawmakers contend that the science on climate change is not settled. As the New York Times pointed out, only 24 percent of Idaho Republicans agree in human-caused climate change, the lowest percentage in the country.

“We are not having a hearing on climate change,” VanOrden said continually. “We’re here to address the changes made in the standards, not climate change.”

Rep. Syme also argued that the revised standards would force students to come to a particular conclusion rather than draw their own, ThinkProgress reported.

“When we heard all the testimony, it was clear that all the students want to do inquiry and all the teachers want to move to this inquiry based type of learning and I think that is just spectacular,” he said Wednesday. “My problem with the one paragraph was that it lead to conclusions. When you have conclusions in standards, it stifles inquiry.”

(Syme has even said previously that he does not care if students think the Earth is flat as long as it was the student’s own conclusion.)

Of course, the overwhelming majority of climate scientists say that burning fossil fuels emits greenhouse gases that drives the rise in global temperatures.

The new science education standards do not force Idaho’s teachers to omit climate science from their lesson plans. However, as the Times noted, “science educators said they were concerned for teachers in districts where climate change was considered more controversial.”

The vote now goes to the Senate Education Committee, where members can undo the House panel’s decision.

ESS3-4-1 Obtain and combine information to describe that energy and fuels are derived from natural resources and their uses affect the environment. Further explanation: Examples of renewable energy resources could include wind energy, water behind dams, and sunlight; non-renewable energy resources are fossil fuels and atomic energy. Examples of environmental effects could include negative biological impacts of wind turbines, erosion due to deforestation, loss of habitat due to dams, loss of habitat due to surface mining, and air pollution from burning of fossil fuels.”

**And here is some of the “Supporting Content” that the committee also voted to remove:

“ESS3.A: Natural Resources: Energy and fuels that humans use are derived from natural sources, and their use affects the environment in multiple ways. Some resources are renewable over time, and others are not. (ESS3-4-1)

ETS1.B: Designing Solutions to Engineering Problems: Testing a solution involves investigating how well it performs under a range of likely conditions. (ESS3-4-2)”