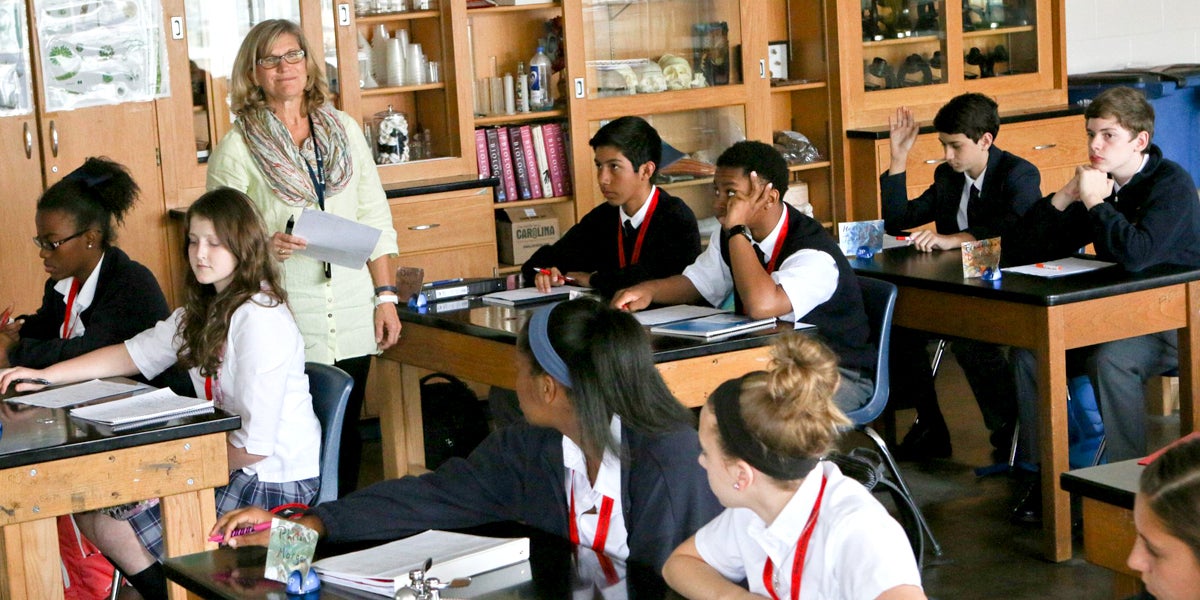 Lawmakers in Idaho have approved new K-12 science standards that do not reference the established science of climate change and the impact of human activity on the environment.

The Feb. 9 vote from the House Education Committee came mostly down party lines. According to Idaho Ed News, 11 Republicans on the panel approved the proposed slate of science standards after five paragraphs* mentioning the topics were removed from the initial draft. The committee’s three Democrats voted against removing the climate change language.

The omitted language includes, “Ask questions to clarify evidence of the factors that have caused the rise in global temperatures over the past century,” and “human activity is also having adverse impacts on biodiversity through overpopulation, overexploitation, habitat destruction, pollution, introduction of invasive species and climate change.”

The language comes from the Next Generation Science Standards, which has been adopted by at least 18 states and the District of Columbia. The standards, which identify the science all K-12 students should know, were developed by 26 states and a number of national science and educational groups.

But Republican Rep. Scott Syme said the initial draft of new state science standards did not teach “both sides of the debate.”

“I really didn’t want to scrap everything they had done, just some,” Syme said. “Actually most of these (rejected paragraphs) deal with three areas and didn’t seem to me to present both sides of the picture.”

“Not only do we owe it to our children to teach them 21st century science, but we owe it to the farmers, foresters and citizens of Idaho to take this issue seriously and not bury our heads in the sand,” she said in a statement.

Committee members in favor of removing the language said that local school officials could still teach global warming to students even if there are new state standards.

“This is not about curriculum,” Republican Rep. Ryan Kerby explained to the Associated Press. “If a school district wants to teach the dickens out of global warming, have at it.”

Only one Republican on the committee, Rep. Paul Amador, favored the standards as originally written.

“While I appreciate teaching both sides, I think this was a very transparent process where we relied on our highly qualified educators,” he said.

According to Idaho Ed News, “Technically, the committee approved a temporary rule including the new science standards. When the Legislature adjourns, the new standards will take effect, without the climate change language. Then, SDE and State Board officials will develop a permanent rule. … [I]t appears likely state officials will draft new language to replace the references to climate change. Legislators would review the standards again in 2018.”

*Here is the full text of the rejected paragraphs removed from the science standards:

ESS3-MS-5. Ask questions to clarify evidence of the factors that have caused the rise in global temperatures over the past century.