Ida’s Devastation Takes a Heavy Toll on the Most Vulnerable 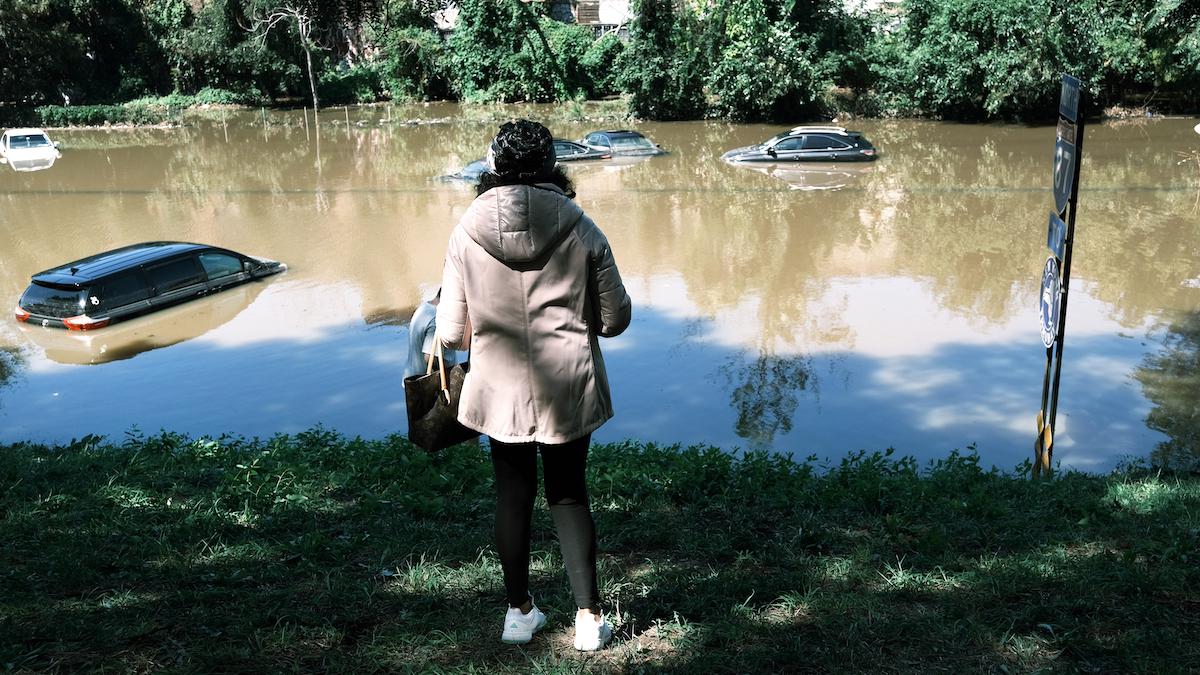 The magnitude of Ida’s devastation across the northeastern U.S. became clearer Thursday, as the impacts of climate change revealed and exacerbated existing societal inequities. At least 46 people were reported dead as of Friday morning from Maryland to Connecticut, with the vast majority of those drowning in their homes or cars under the — in many places — unprecedented deluge of rain.

Climate change caused by the extraction and combustion of fossil fuels is making extreme precipitation events worse and more frequent. The storm dropped 3-4 inches per hour from eastern Pennsylvania to southwest Connecticut — rates so extreme they essentially negate any difference between soil and paved surfaces and essentially all the rain becomes streamflow.

At least 11 in New York City drowned in their basement apartments, highlighting the dangers of illegal basement apartments in the city. More than 800 people were rescued from flooding subways. About 1,300 miles away in Independence, Louisiana, four nursing home residents died after being ‘housed’ in a remote warehouse after being evacuated ahead of the hurricane. The storm, like Katrina, hit at the end of the month, when those who rely on retirement or government assistance have exhausted their financial resources.

The dangers are worst for those experiencing homelessness and otherwise unable to evacuate, like Angelique and Wilfred Hebert who walked 15 miles to try to catch an evacuation bus but missed it and were forced to ride out the storm by a concrete pillar under a bridge. “It was the most terrifying thing I’ve ever been through,” Angelique told the AP.

In New Orleans, Mayor LaToya Cantrell said roughly half the population evacuated ahead of Ida. The other half — 200,000 people — remained. For them and those who’d returned to a city with a shattered power grid, officials opened cooling stations and gave out meals Wednesday.

At one center, Barbara Bradie, a work-from-home agent for Walgreens, and Rita Richardson, a research coordinator at Tulane Medical Center, enjoyed their hot meal: pork, peas and bread. They said they couldn’t have evacuated; neither has a car.

Richardson said she evacuated once, for Hurricane Gustav in 2008: “I was out of town 10 days, and I was broke by the time I got home… I’d rather just stay here and deal with it.”

After Hurricane Katrina, the city partnered with a nonprofit to put together a “City-Assisted Evacuation Plan” where people would meet at designated neighborhood pickup spots — marked with 12-foot stainless steel sculptures— for a shuttle to shelters. But in Ida — a storm intensifying so fast the mayor said mandatory evacuation wasn’t possible — the system was not utilized, Colten said.

Even for families who were able to evacuate, the financial impact will be long-lasting and painful. Some spent their last dollars to get their families to safety.