This Icelandic Startup Is Turning Carbon Dioxide Into Stone 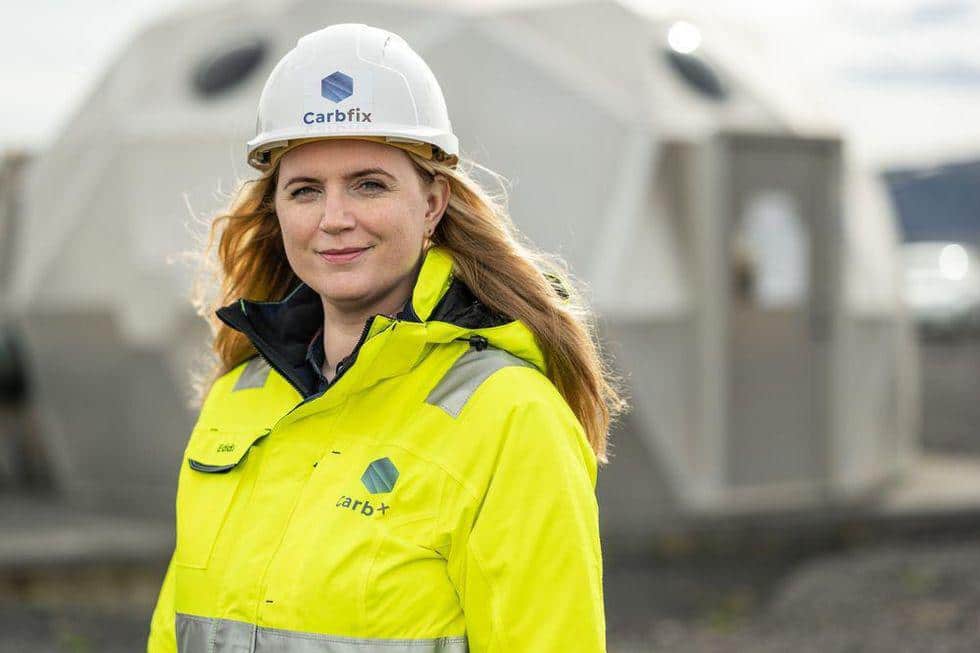 Carbon emissions are the leading cause forcing the climate crisis today. These emissions account for more than 60% of man-made global warming, as well as other conditions related to climate crisis such as ocean acidification and weather pattern disruptions. However, a new solution to these impending carbon catastrophes has been discovered by Icelandic startup Carbfix, which is turning carbon dioxide into stone.

Carbfix offers a plan for reaching Paris agreement goals for limiting anthropogenic warming using a process known as carbon capture and storage (CCS). The project, founded in 2007 by Reykjavik Energy and several research institutions (now owned by Reykjavik Energy), aims to capture CO2 from industrial sites, dissolve it in water, and then inject it into the ground where it turns to rock. The process only takes two years, effectively accelerating the process of natural carbon storage to meet increasing carbon emissions throughout the developed world. 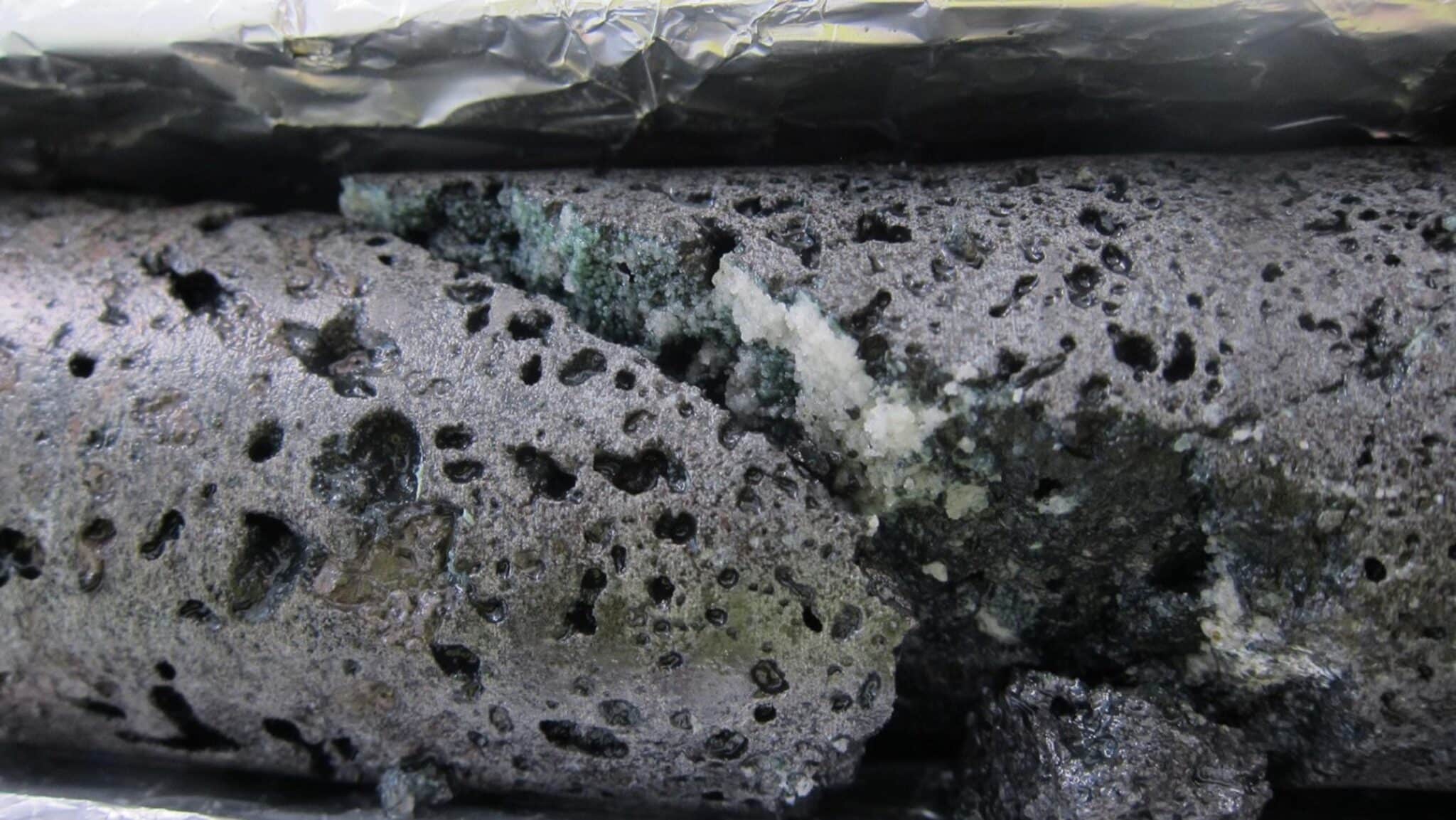 Precipitated carbonates in a core drilled at the Carbfix injection site. Carbfix

Carbfix’s proprietary technology “captures” the carbon dioxide from an industrial facility before it enters the atmosphere, effectively bringing the facility’s emissions to zero. They are also partnering with a Swiss company, Climeworks, to perform what is called carbon capture, which withdraws the CO2 from surrounding air. This can reduce a company’s net carbon footprint, as well as negate previously unaddressed carbon emissions.

Carbfix CEO Edda Sif Pind Aradottir told Bloomberg in an interview, “This is a technology that can be scaled — it’s cheap and economic and environmentally friendly. Basically, we are just doing what nature has been doing for millions of years, so we are helping nature help itself.” 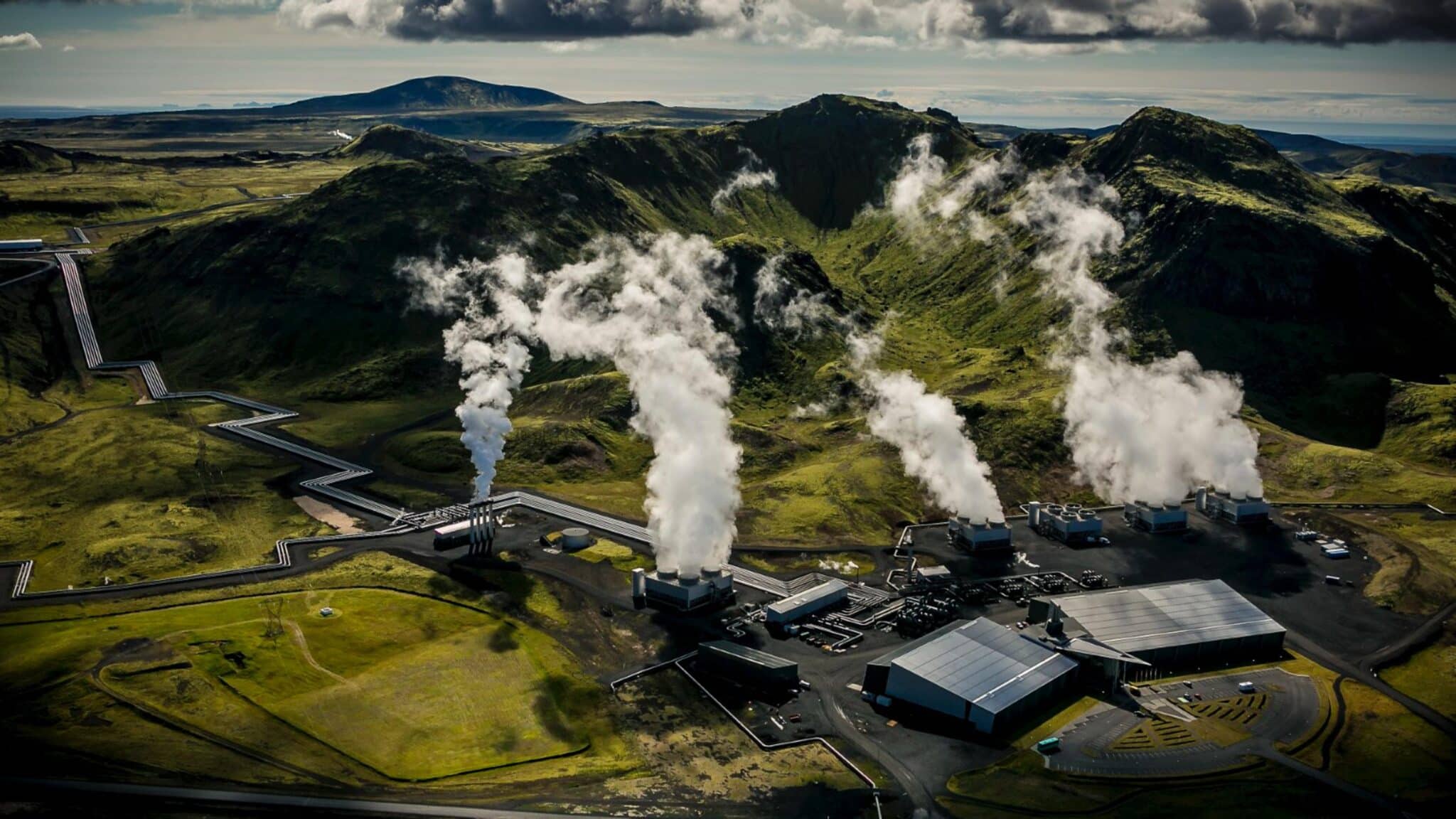 Aradottir believes that the CCS process can be more affordable than buying carbon credits from the EU Emissions Trading System (ETS). The ETS is set-up in a cap and trade system and does not currently accept CCS offsets. However, some analysts believe that adding direct carbon storage to the list of accepted offsets will be crucial to meeting Paris agreement metrics by 2050.

To learn more about how you can support Carbfix and Climeworks’ mission, click here.