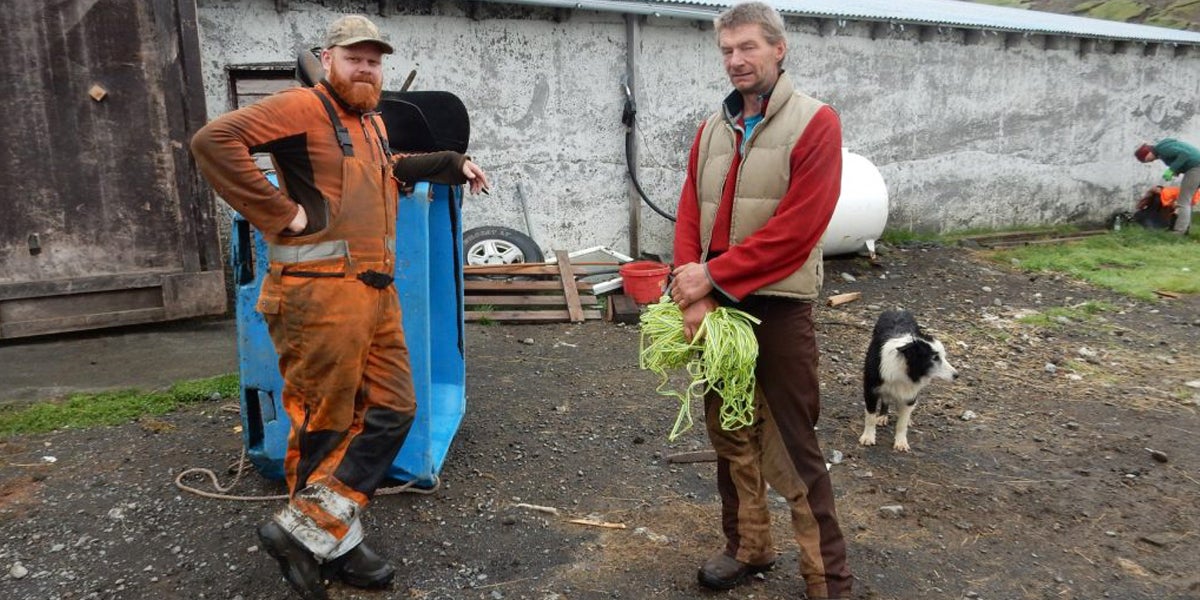 As a food lover and an agriculture geek, I frequently plan vacations around what there is to eat. This summer, I traveled to Iceland, ostensibly to admire its breathtaking scenery and ride its tough little horses. As a bonus, I escaped a couple weeks of DC’s stifling heat. But of course, I also took the opportunity to see (and taste) this unique country’s equally unique food and agriculture system up close. Here are my observations. 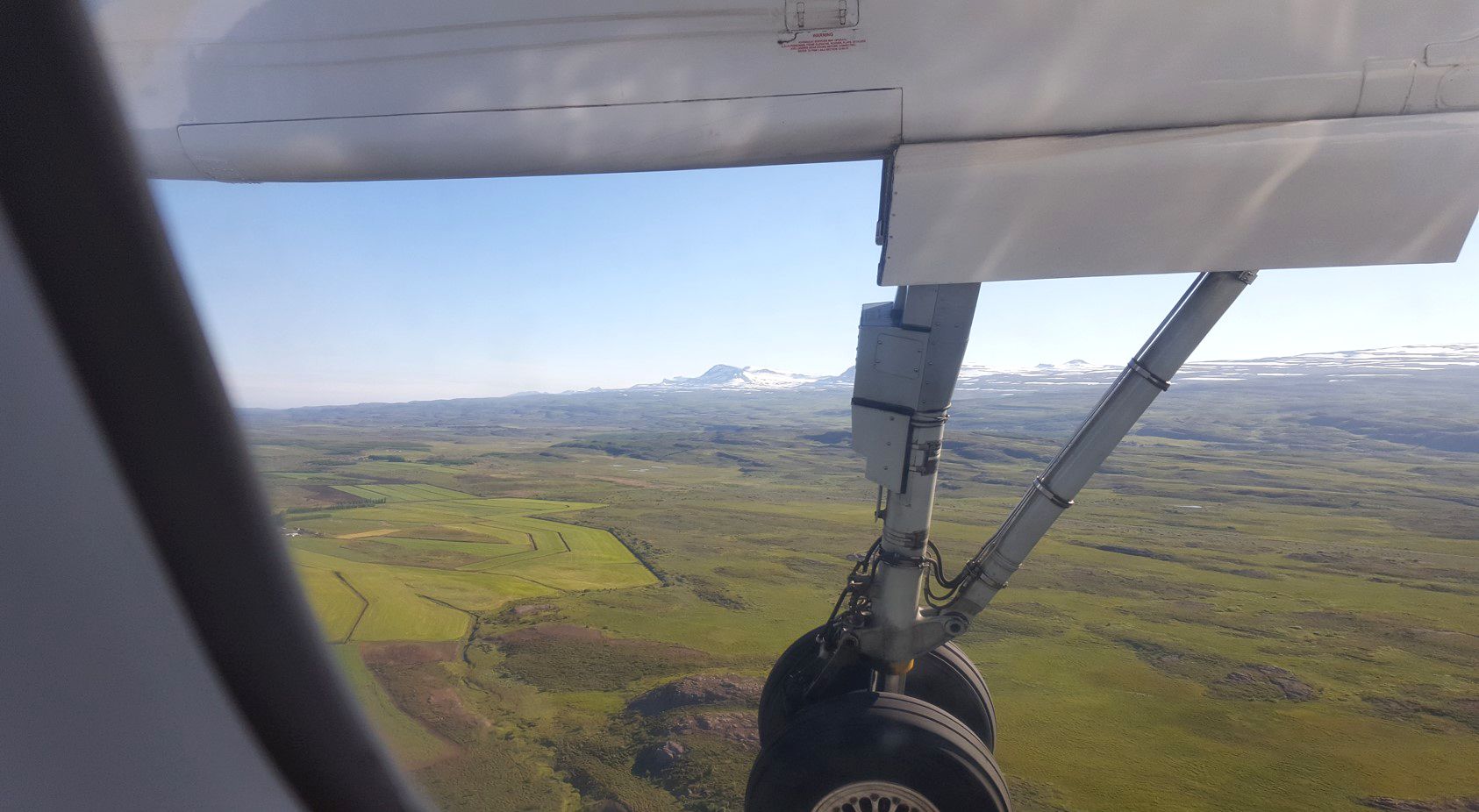 Weird Food is Just the Beginning

Icelanders are known for eating some very strange things. Nothing is stranger than hákarl or fermented shark, which I did not sample. Not because it sounds thoroughly disgusting—though it really does—but because sharks have been dangerously overfished around the world and I couldn’t guarantee the sustainability of this delicacy. Or at least that’s what I told myself. Ditto for whale, another traditional food, though one most Icelanders don’t eat much today. I had no such convenient excuse for not trying pickled rams’ testicles…

I did eat skyr, which is not yogurt (though I’m not entirely sure why not.) And I enjoyed salty Icelandic licorice enrobed in milk chocolate, though this proved to be a flavor combination my colleagues in the office did not appreciate for some reason. (Sorry, folks. At least I didn’t bring back hákarl.)

But beyond these novelties lie a cuisine and food production systems that are closely tied to the local land and waters and influenced by past and present sustainability challenges.

Icelanders Grow (and Eat) What They Can

Iceland is a large volcanic island located just south of the Arctic Circle. As such, it’s subject to some pretty serious climatic, geographic and geologic challenges. Though winter temperatures in Reykjavik—the world’s more northerly capital—are moderated by the Gulf Stream, Icelandic summers are still quite cool. So while its coastal waters and rivers provide a bounty of fish and seafood, the island’s volcanic soils are thin and much of its interior is covered by lava fields, mountains and glaciers, which is pretty limiting for agriculture.

Still, about 3.8 percent of the labor force worked in agriculture as of 2006 (the latest stats I found). According to the Farmers Association of Iceland, top crops include cold-lovers you might expect: potatoes, turnips, carrots and cabbage. Rhubarb does well in the climate and you can find it in gardens and escaped into the countryside from abandoned homesteads.

What you wouldn’t expect are Icelandic tomatoes. But with a midnight sun shining above and the island’s famous geothermal heat radiating from below, Iceland does indeed produce tomatoes (as well as peppers and even bananas!) in greenhouses. I got a chance to see these in Hveragerði, which is home to many hot springs and a horticultural college. 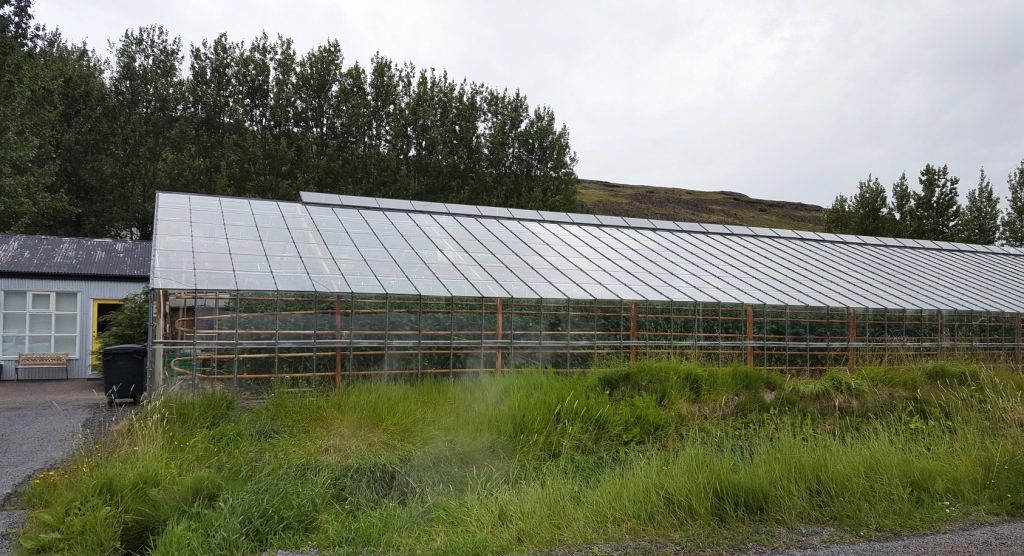 More than crops, though, Iceland’s vast land resources are well-suited for grass and grazing animals, most notably sheep. There are some 800,000 sheep in Iceland, an astonishing number considering the human population of the entire country currently stands at just 332,000. The large national sheep herd explains why nearly every restaurant in Reykjavik offers its own variation on homey kjötsúpa or lamb soup. (Every one I tried was delicious.) 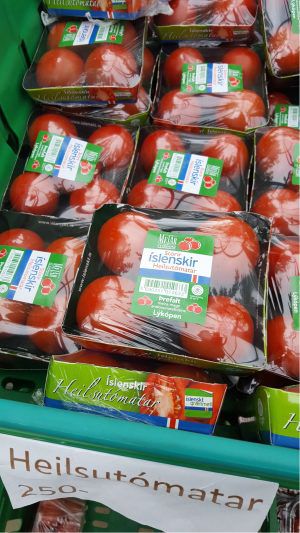 But I wondered, are all those sheep sustainable?

A Troubled Environmental History and an Uncertain Future

Iceland was first settled by Nordic explorers (aka Vikings) more than 1,100 years ago and it’s thought that about 25 percent of the island was forested. But those forests were decimated for firewood and timber and the grasslands overgrazed by sheep, cattle and horses. About 30 percent of the country has been classified as man-made desert. (This 2007 NPR story features Icelandic soil scientists working to restore the environment and is worth a listen.)

Today, Iceland has a national strategy for sustainability and is carefully cultivating its image as an ecotourism mecca. As part of my horseback trip, I had the unique opportunity to stay a night on an Icelandic sheep farm and to chat a bit with the farmer. 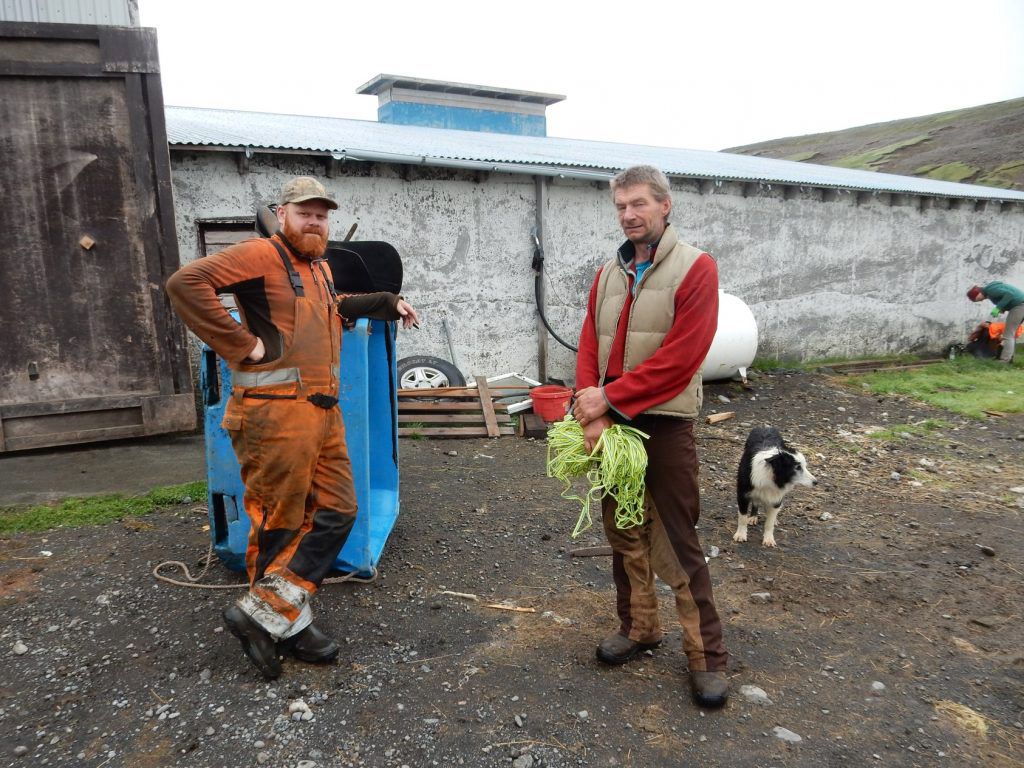 Aðalsteinn Sigurðarson (it’s a mouthful, so he goes by Alli, pictured here on the left) operates a 6,600-hectare farm (about 16,308 acres) near the city of Egilsstaðir in eastern Iceland. His great-great-grandfather bought the land in 1922 and his family has farmed there ever since. Alli’s parents retired to Egilsstaðir a few years ago and none of his sisters opted to stay on the farm. Though they come and help out on weekends, he’s basically managing the place by himself. The farm, called Vaðbrekka, was profiled by Forbes in 2014.

Vaðbrekka is located at 400 meters (about 1,300 feet) above sea level. (See this amazing aerial photo of the place. My group rode our horses down out of the mountains to the left one evening and crossed the river to get there.)

Alli told me proudly that there is only one farm in Iceland that is higher and farther from the coast. His flock ranges from 300 sheep in the wintertime to more than 800 during the summer. 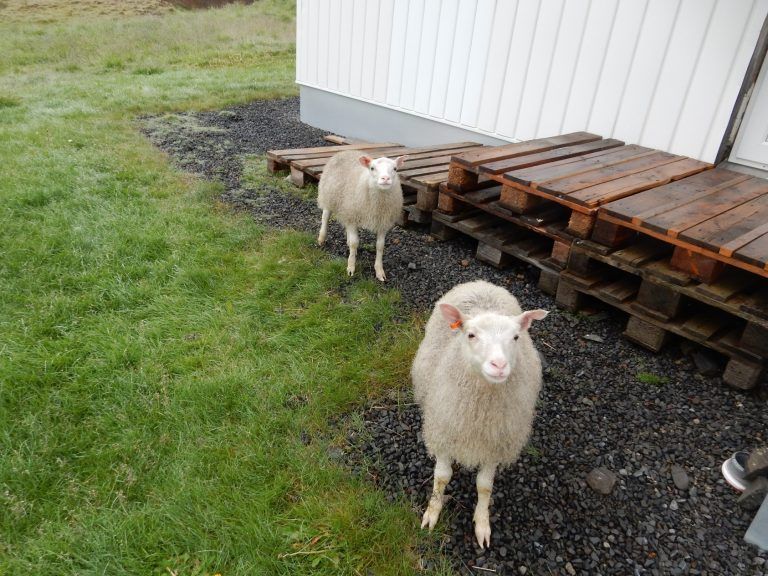 Though I was there in July, the only sheep I saw were two hand-raised orphan lambs loitering outside Alli’s back door. The rest of the flock was high up in the hills, grazing on the rich summer grasses. Alli told me his fields produce enough hay to keep the sheep fed when they come back down to the barn for the long winter.

It was hard for me to gauge the sustainability of this operation, though it seemed idyllic.

My colleague and agroecologist Marcia DeLonge studies the sustainability of grazing, mostly in the context of beef cattle here in the U.S. We know that cattle and sheep can damage fragile grasslands if not managed correctly and that they produce heat-trapping methane emissions that pose a problem for our planet. At the same time, as Marcia has written, well-managed grazing can be a better alternative to croplands in many ecosystems and can even add carbon to the soil and provide other environmental benefits.

Like Marcia, scientists in Iceland are studying the best ways to manage grazing in that country. Aided by science and science-based public policies, I hope farmers and ranchers in that country and in my own can find the right balance. Our future depends upon it.