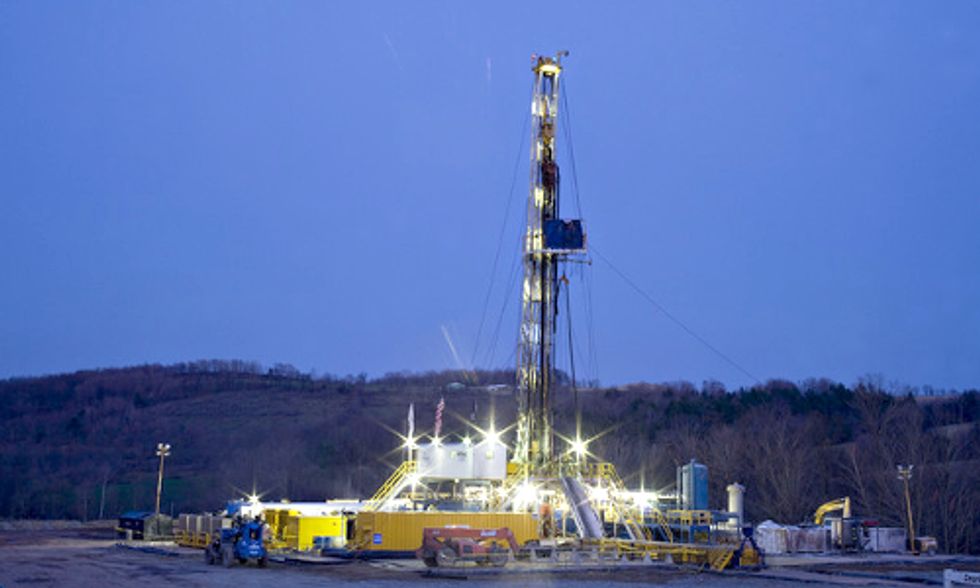 In January, 2012, the price of natural gas plunged to below $2/mcf due to overproduction by shale operators. Such low prices did, indeed, prompt utilities to switch from coal fired generation to natural gas fired generation if they had the capacity. Industry crowed that this was the shape of things to come with electricity costs plummeting for consumers and heralding the end of “King Coal.”

Unfortunately, as with most aspects of unconventional shale production, this proved short lived and oversold. Glaring numbers show another picture altogether.

According to Energy Information Administration (EIA):

During the first half of 2013…the price of natural gas delivered to electric generators averaged $4.46 per MMBtu, 44 percent higher than the same period last year.

Electric generators have been running their existing coal capacity at higher rates so far this year in response to the increasing cost of natural gas relative to coal.

This is of note for several reasons.

Firstly, industry and its proponents including such entities as the Wall Street Journal, have made fantastical comments about natural gas providing “benefits to the poor” which will be long lived particularly with respect to lower electricity costs for the consumer. Such benefits are already evaporating. We do not live in Camelot regardless of industry and media hype.

Secondly, but most importantly, we can now safely assume that natural gas is priced out of the market for electricity generation somewhere between $3.50-4/mcf. That produces an enormous difficulty for natural gas producers in that the break-even costs of unconventional shale wells is considerably higher with the average probably falling around $6/mcf. Exportation of shale gas will drive these prices higher still, creating an unfavorable climate for natural gas as a primary source of electricity generation.

That means all those purported “benefits to the poor” are non-existent over the long term. It also means that producers cannot keep this game going forever without incurring significant and further losses which are already quite considerable. Or exporting enough to make up the difference in domestic use. But this of course means that the U.S. will be exporting a natural resource rather than converting those resources into finished product to be exported which historically would provide greater economic benefit. In other words, everything about this picture is essentially based on knee jerk corporate and governmental policy decisions. Always a bad plan.

Utility use of natural gas ramped up in 2012 but as quickly as March, 2013, Reuters reported:

A few months later in June a further statement by World Resources Institute confirmed this:

Electricity markets are very dynamic, and while there’s been a lot of press about the success story of the benefits of natural gas, it’s important to realize that that’s temporary and it depends on gas prices staying really low, and we’re starting to see there are these thresholds where utilities will switch back to higher-carbon fuel, like coal.

Interestingly, however, industry continued to tell a different story. In September, Lynn Lachenmyer, a senior vice president at Exxon Mobil, told attendees in her keynote address at the Petrochemical Maritime Outlook conference:

[Natural gas] is penetrating into the power sector, which has been predominantly coal in the past. We see it making tremendous inroads there.

All present tense but in direct contrast with the actual use figures which had swung back toward coal. In other words, increased natural gas use was already past tense. Further, Lachenmeyer stated:

Visions of Camelot once again.

And yet only one month prior to Lachenmeyer’s comments, the International Energy Agency (IEA) stated in its second annual Medium-Term Renewable Energy Market Report:

Power generation from hydro, wind, solar and other renewable sources worldwide will exceed that from gas and be twice that from nuclear by 2016.

This is an enormous discrepancy with ExxonMobil’s prognostications. In fact, someone’s prognostications are hinting at delusions. Given that IEA’s figures state that renewables will overtake gas in a mere three years and thus are much closer in terms of the future, it stands to reason that the IEA figures are probably more valid than ExxonMobil forecasts for 2040.

Even more damning are the IEA forecasts which extrapolated from the impressive growth rate seen in 2012 within the renewable sector. For instance, global renewable generating capacity grew more than eight percent in spite of extreme lobbying by the fossil fuel industry in countries like the U.S. which caused a challenging investment and policy climate for the renewable industry to say the least.

Nevertheless, according to Fuel Fix:

In absolute terms, global renewable generation in 2012—at 4 860 TWh—exceeded the total estimated electricity consumption of China.

That is an astonishing growth pattern.

But perhaps the answer to Exxon’s discrepancy lies in the comments of IEA Executive Director Maria van der Hoeven as she presented at the Renewable Energy Finance Forum in New York. van der Hoeven stated:

As [renewable] costs continue to fall, renewable power sources are increasingly standing on their own merits versus new fossil-fuel generation.

There is no doubt that gets the attention of executive management teams in the fossil fuel industry. van der Hoeven went on to state:

Many renewables no longer require high economic incentives. But they do still need long-term policies that provide a predictable and reliable market and regulatory framework compatible with societal goals. And worldwide subsidies for fossil fuels remain six times higher than economic incentives for renewables.

Renewables are, therefore, standing on their own globally in spite of an extreme bias toward fossil fuel use. Imagine a world where those subsidy monies were transferred to renewable generation, research and development. That, no doubt, would be a policy exercise to be fought tooth and nail by the fossil fuel industry.

In fact, such incredible growth in the renewable sector probably has much to do with the extreme hyperbole, overestimation of reserves, underestimation of costs, etc. surrounding unconventional fuels. The fossil fuel industry does, indeed, need to convince us that business as usual can be a maintained. After all, they are losing market share in spite of their glowing reports.