Hydropower Will Undermine COP21 as 'False Solution' to Climate Change 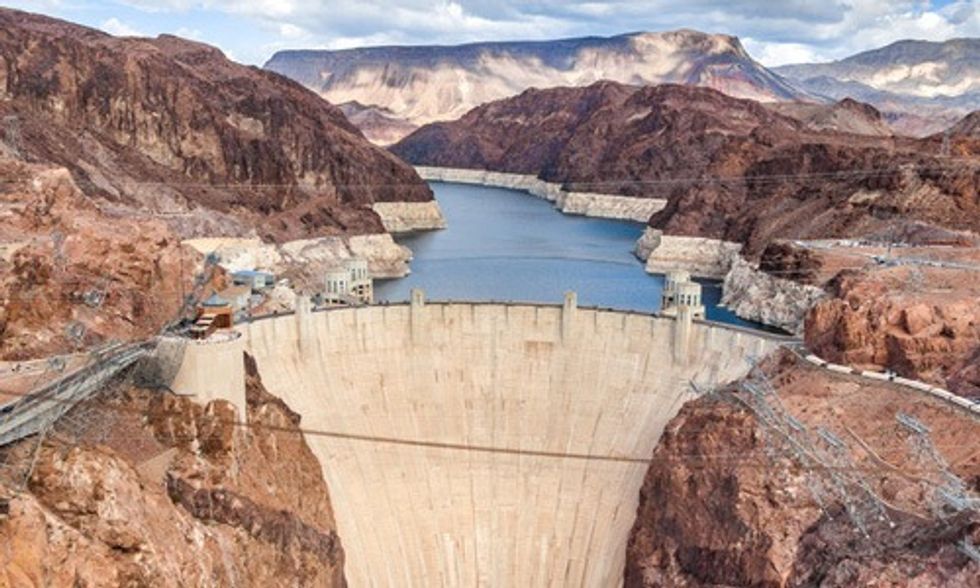 "Big hydroelectric dams are a false solution because of the methane." — Randy Hayes, Oct. 8, Denver, Colorado

Over the past 15 years, the “methane problem" with hydropower has made minor blips in international news and has just begun to infiltrate the discussion of how it is wrong to use hydropower as a solution to fight climate change.

The non-profit environmental group International Rivers has spearheaded much of the education and advocacy, and scientific journals as well as climate-related news sites like Climate Central are also taking up the case. Hydropower has been called a “methane factory" and “methane bomb" that is just beginning to rear its ugly head as a major source of greenhouse gas emissions that have so-far been unaccounted for in climate change discussions and analyses.

Hydropower is almost always greenwashed and sold to the public and policymakers as “clean energy" and “carbon-free." Even though the IPCC lists hydropower's methane emissions as a greenhouse gas source, and over a decade of science refutes the claim that hydropower is clean energy, the myth of carbon-free hydropower is embedded in the Kyoto Protocol's “Clean Development Mechanism" to address planetary climate change and is increasingly being implemented by countries in attendance at COP 21 in Paris. Even worse, the World Bank still lists, promotes and funds hydropower as “clean energy," and nearly every country in the world is building hydropower plants under the same auspices. Even the U.S. government still perpetuates the anti-science myth of clean hydropower.

In the lead-up to COP 21, countries have been sending their “Intended Nationally Determined Contributions (INDCs)" to the United Nations. An INDC is a description of how each country intends to reduce its carbon emissions.

Let's look at five quick, random examples out of the 181 INDCs sent to the United Nations so far:

1. China is in the midst of building dozens of massive hydropower plants per year, including the largest on the planet. In its INDC, China states they intend to: “proactively promote the development of hydro power, on the premise of ecological and environmental protection and inhabitant resettlement."

2. India's INDC uses hydropower to meet its emission reduction target, and states: “With a vast potential of more than 100 GW, a number of policy initiatives and actions are being undertaken to aggressively pursue development of country's vast hydro-potential."

3. Japan's INDC states that it intends to reach its “emissions reduction target" in part by getting to nine percent hydropower by 2030. Japan has dozens of currently operating hydropower plants with dozens more in the planning stages.

4. Canada's INDC states that it will use “low-impact hydro" as one of its “investments to encourage the generation of electricity from renewable energy" Canada has dozens of new hydropower dams under construction, and few if any are even remotely considered “low-impact hydro."

5. Costa Rica's INDC boasts: “Costa Rica has a long standing tradition of innovation on hydroelectric generation, in conservation and specially, on matters of climate change." Costa Rica routinely markets itself as having a nearly carbon-free energy system, with more than 80 percent percent coming from hydropower—with absolutely none of the methane emissions measured or accounted for in its INDC—and is just finishing construction of the largest hydropower dam in Central America.

What's even more problematic is that many of the countries around the world that are most aggressively pursuing hydropower don't even list it in their INDC, but rather state they are using the 2006 IPCC Guidelines for National Greenhouse Gas Inventories to calculate their emissions and their reductions in emissions by using various energy types.

Take Indonesia as just one example, which has built and is continuing to build dozens of massive hydropower dams. In their INDC, Indonesia does not mention hydropower, stating that they will meet emissions reductions and that: “The inventory is based on 2006 IPCC Guideline for National Greenhouse Gas inventories."

I have deep skepticism about whether these countries are using the guidelines correctly, because even in 2006, the guidelines contained methane emissions calculations from dams and reservoirs, including the “CH4 [methane] Emissions From Flooded Lands" appendix to chapter four, which contains specific calculations for methane emissions upstream and downstream of dams. Thus, countries that are completely destroying their rivers and their climate with hydropower including Malaysia, Brazil, Guatemala, Russia and even the U.S. don't even list hydropower as a methane emissions source in their INDC, while including hydropower as a clean energy source, all under the auspices of likely misconstrued or purposely ignored IPCC guidelines.

How bad could it get? The Eastern European Balkan countries have recently announced they want to build 2,700 hydropower dams and every single one is being touted as a clean energy alternative to fight climate change.

As the world cartwheels towards COP 21, there are many reasons why scientists and advocates have little faith that the negotiations will yield consequential results to fight climate change. The lack of information about the methane emissions from hydropower, the apparent lack of enforcement of the IPCC guidelines and the ruse of calling hydropower “clean energy" are just more issues in the long list of problems with COP 21.

Gary Wockner, PhD, is an international environmental activist and writer based in Colorado where he also works to protect the Colorado and Cache la Poudre Rivers. You can contact him here: [email protected].