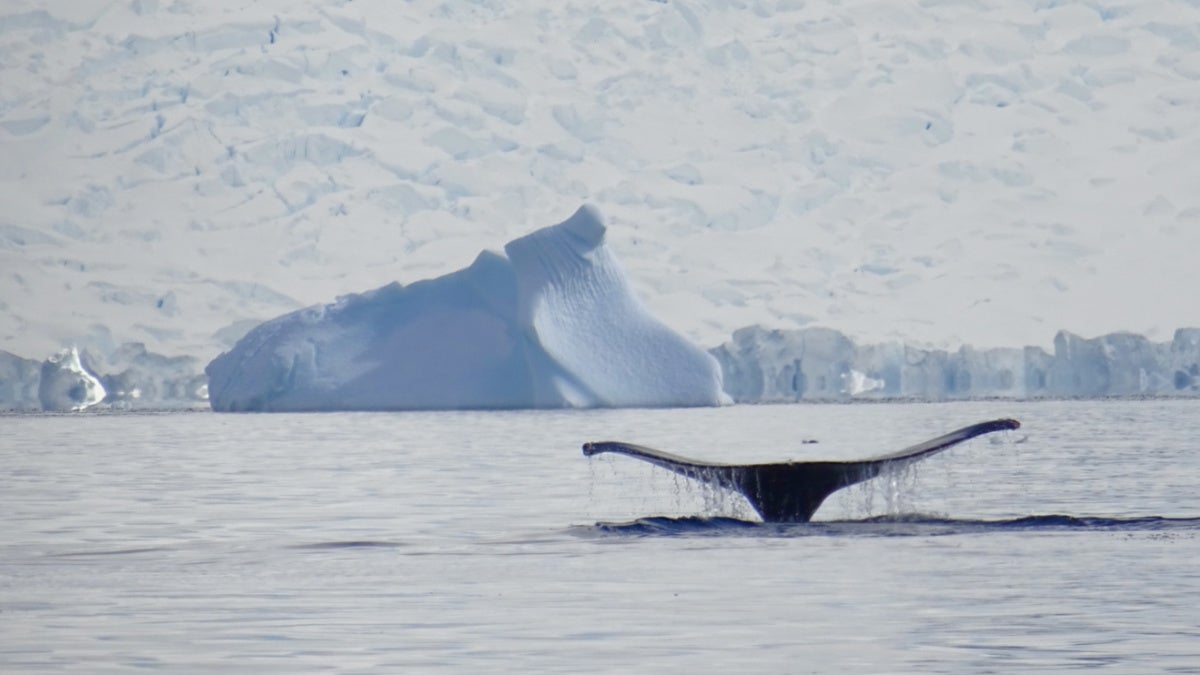 Researchers have turned to hydrophones, instruments that use underwater microphones to gather data beyond the reach of any camera or satellite. Pxfuel

Melting and crumbling glaciers are largely responsible for rising sea levels, so learning more about how glaciers shrink is vital to those who hope to save coastal cities and preserve wildlife.

But it is hard to get good pictures and measurements because glaciers typically are in remote, difficult-to-reach, and even dangerous locations. Satellites are often used to measure glacial retreat, but these images are far from complete, especially when it’s cloudy, foggy, raining, or snowing.

So researchers have turned to hydrophones, instruments that use underwater microphones to gather data beyond the reach of any camera or satellite. Hydrophones can record underwater in all conditions. Originally used by the military to detect submarines, hydrophones are now one more tool scientists have to learn about climate change. The devices collect data continuously and they are relatively inexpensive and easy to deploy and maintain in many different areas of the world to monitor sea ice, underwater earthquakes, ship noise, and even wildlife patterns.

Oskar Glowacki already knew that melting glacial ice sounds like frying bacon. As ice bubbles burst, anyone nearby can hear crackling and popping, said Glowacki, a postdoctoral scholar at the Scripps Institution of Oceanography. Using hydrophones, he and other scientists now can make more nuanced measurements of how a changing climate sounds underwater, from the groans, creaks and splashes of a calving iceberg to the changes in whale songs as the ocean warms.

Glowacki recently used a pair of hydrophones to study the underwater world of glaciers, publishing his findings in The Cryosphere. He and co-author Grant B. Deane measured glacier retreat by recording the sounds of ice – from small chunks to enormous slabs – falling off the glacier and splashing into the water.

During the summer of 2016, Glowacki’s team placed two hydrophones near Hansbreen Glacier in Hornsund Fjord, Svalbard. For a month and a half, they recorded sounds, also using three time-lapse cameras to collect images – including the “drop height” (how far the ice fell into the water) – so they could compare photos to the recordings. The team created a formula to represent the relationship between the size of a piece of ice falling from a glacier and the sound it makes underwater, also accounting for the pieces of ice falling from varying heights. (Hear an example of the sound an iceberg makes while calving here.)

“Iceberg calving, defined as mechanical loss of ice from the edges of glaciers and ice shelves, is thought to be one of the most important components of the total ice loss,” they note in their paper. They mention also that 32-40% of the Greenland ice sheet’s mass loss is from solid ice discharge. However, Glowacki says it isn’t just one process leading to glaciers losing mass: Surface melt, calving, and under-sea melting are all contributing factors.

Satellites are often used to measure glacial retreat, but the images they provide don’t present a complete picture, and Glowacki and other scientists say they hope hydrophones can help provide more answers. Given that glaciers are typically remote and difficult to reach, collecting data remotely is key. Hydrophones, on the other hand, can record underwater in all these conditions.

Hydrophones also collect acoustic data and smaller events hard to find from a satellite image. “In a single day, [you] can have 100 or 200 icebergs breaking off from a single glacier,” Glowacki says.

Glowacki says he and his team plan to further study iceberg calving, including studying additional glaciers, and collecting data for longer periods of time.

Other researchers also are using hydrophones to learn more about crumbling glaciers. Bob Dziak, research oceanographer with the NOAA/Pacific Marine Environmental Laboratory acoustics research group, captured a massive calving event of the Nansen Ice Shelf in Antarctica with a hydrophone. He published the results with colleagues in Frontiers in Earth Science

On April 7, 2016, satellite images showed a massive calving event had occurred on the ice shelf. The paper described it as the “first large scale calving event in >30 years.”

However, once Dziak and colleagues delved into the data from three hydrophones deployed 60 kilometers east of the ice shelf, they uncovered a series of “icequakes” from January to early March 2016. He and other researchers believe that much of the ice actually broke free in mid-January to February, but it remained in the same location until an April storm – which their paper described as the “largest low-pressure storm recorded in the previous seven months” – broke the ice free.

“We suspected that the icebergs broke apart but remained in place – kind of pinned in place – until a major storm with high winds passed through the area and, finally, it was that last push that pushed the icebergs out to sea,” Dziak says.

He and his co-authors wrote that “fortuitous timing and proximity of the hydrophone deployment presented a rare opportunity to study cryogenic signals and ocean ambient sounds of a large-scale ice shelf calving and iceberg formation event.”

Listening to Songs of Humpback Whales

Monterey Bay Aquarium Research Institute studies the ocean, including its acoustics. One of the institute’s projects involves examining the soundscape of California’s Monterey Bay, including sounds from animals, humans, weather, and geologic processes like earthquakes. The researchers once even recorded an under-sea landslide. They also focus on recording and analyzing the songs of humpback whales. Male humpback whales’ songs can be over 15 minutes in length, and they can be repeated for long periods of time – even hours. Listening to these songs and analyzing them can provide unique insights into the lives of these complex animals.

“Any time we want to study marine mammals, sound gives us a window into their lives because they use sound for all of their essential life activities, really,” says institute biological oceanographer John Ryan. “Communication, foraging, reproduction, navigation – depending on the species, of course.”

Previously, scientists had thought singing occurred only during courtship and mating, but now they think whales may also use song while migrating and hunting. They know song has a crucial role in the whales’ lives.

“There’s a whole other dimension to humpback whale song,” Ryan says. “It is a mode of cultural transmission in this species. They learn songs from each other. They share songs as a population, and when populations mix and mingle, they learn new ideas, they explore with their song, improvise, and it’s a real essential part of their culture.”

In 2015, institute researchers placed a hydrophone 3,000 feet deep, recording and analyzing humpback whale songs. Between 2015 and 2018, they collected over 26,000 hours of audio, which they used computer software to analyze. The researchers determined “peak singing season” in November through January, and they found most singing occurred at night. During peak season, songs were heard around 70% of the night.

However, from September 2015 to May 2016, they detected whales singing only about 11% of the time. Those months correlated with a period when the water temperature was especially high, depleting stocks of vital food sources like anchovies and krill, and correlating also with a toxic algal bloom. Scientists think the whales may have had to devote more time and energy to finding food, leaving less for singing. As researchers continue to study the worlds’ oceans, they will undoubtedly learn more about underwater mysteries.

Listen to MBARI’s live stream from beneath the bay here.