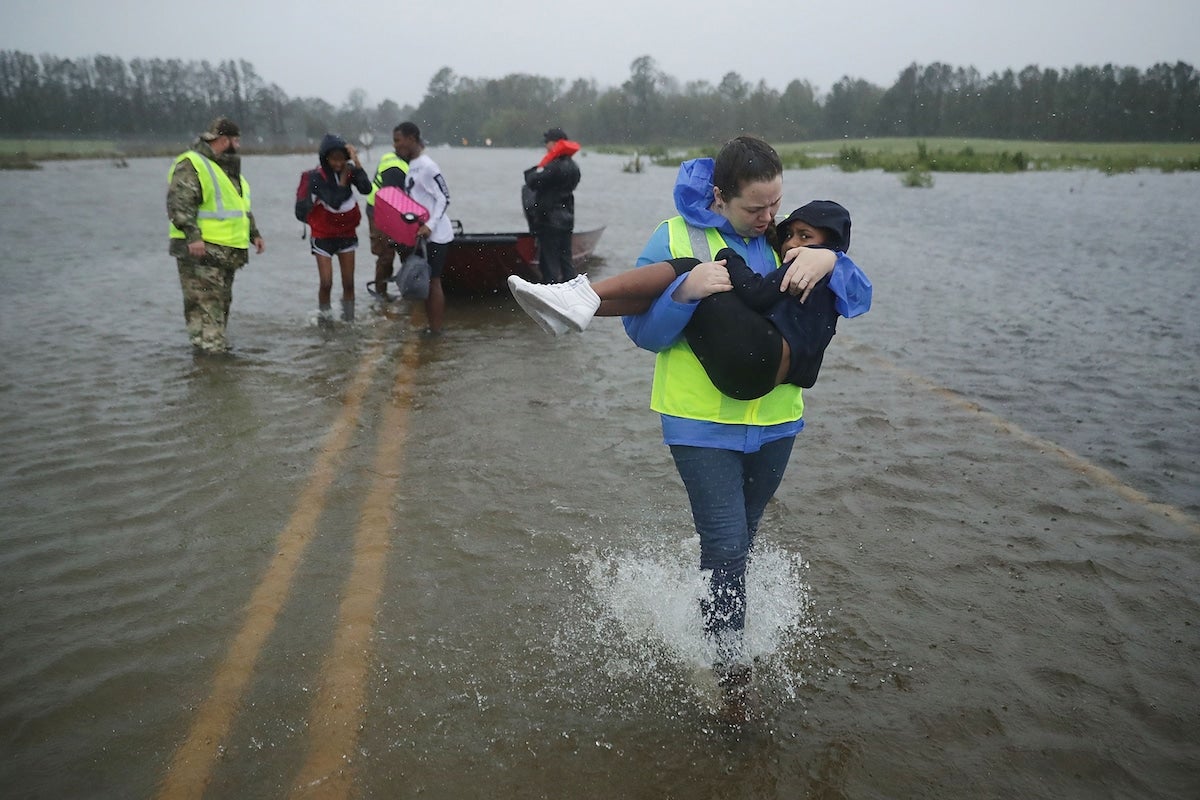 New research is examining fuller perspectives on the lethality of hurricanes and tropical cyclones and revealing disproportionate harm upon women and people of color.

Death rates in areas hit by tropical cyclones are as much as 33% higher in the months following storms, a study published Tuesday in the Journal of the American Medical Association found, with women at a greater risk of injury and death than men within one month of a hurricane.

Research published in Science of the Total Environment last month also found an 11% increase in eastern North Carolina emergency room admissions for gastrointestinal illnesses during and after Hurricanes Matthew and Florence in 2016 and 2018. Black and American Indian populations saw the biggest increases, reflecting how those groups “have historically been pushed to less desirable, flood-prone land,” lead author Arbor Quist told Inside Climate News.

Heavy rain from storms can flood industrial facilities like hog waste lagoons and coal ash ponds, both of which are common in the region replete with examples of environmental racism.

Eastern North Carolina is one of the soggiest parts of the state, and also among the poorest and most racially diverse. Residents there have higher-than-average rates of chronic ailments like asthma, diabetes and cardiovascular disease.

The region is also home to the kinds of industrial facilities that the researchers identified as potential sources of contamination, including coal ash ponds and concentrated animal feeding operations (CAFOs). North Carolina is the second leading pork producing state in the country, and its hogs create more fecal waste each year than the state’s human population. During Hurricane Florence, the state estimates that at least 50 hog waste lagoons overflowed, contaminating water with fecal bacteria like E. coli and salmonella.