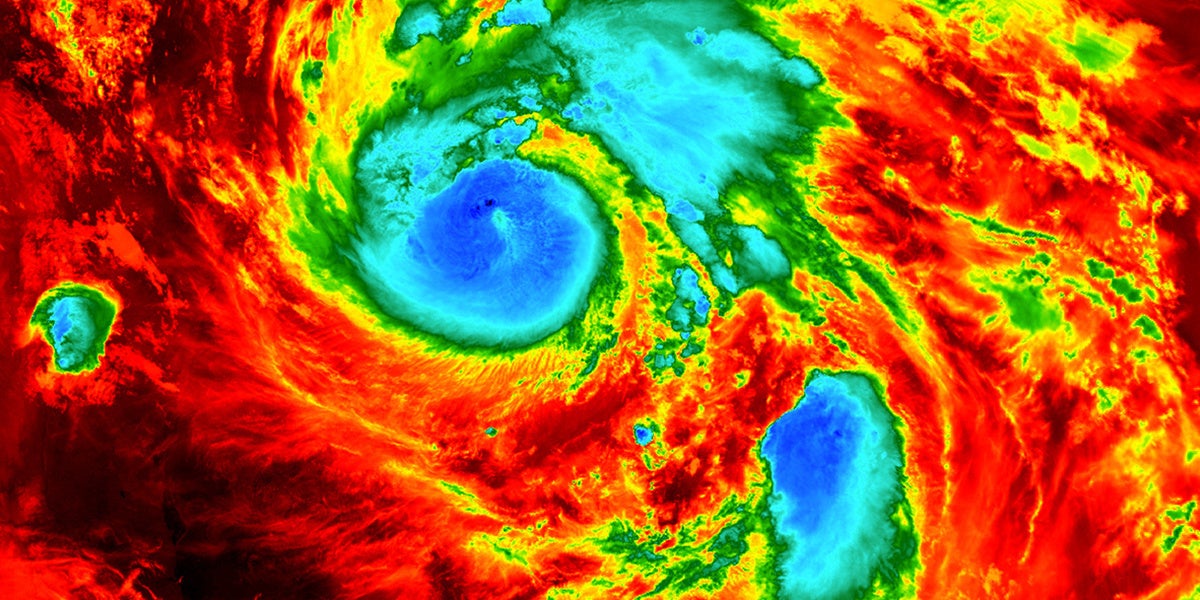 Hurricanes are becoming more violent, more rapidly, than they did 30 years ago. The cause may be entirely natural, scientists say.

But Hurricane Harvey, which in 2017 assaulted the Gulf of Mexico and dumped unprecedented quantities of rain to cause devastating floods in Texas, happened because the waters of the Gulf were warmer than at any time on record. And they were warmer because of human-driven climate change, according to a second study.

Both studies examine the intricate machinery of a natural phenomenon, the tropical cyclone. Researchers from the Pacific Northwest National Laboratory looked at how fast four of 2017’s hurricanes—Harvey, Irma, Jose and Maria—intensified: episodes in which maximum wind speed rose by at least 25 knots, which is more than 46 kilometers (approximately 29 miles), per hour within a 24-hour period. They report in Geophysical Research Letters that they combed through 30 years of satellite data from 1986 to 2015 to find a pattern.

Researchers have repeatedly warned that hurricane hazard must increase with global warming, driven by profligate human combustion of fossil fuels that dump greenhouse gases in the atmosphere. Hurricanes will hit higher latitudes and deliver more damage within the Gulf of Mexico. But climate change is only part of the answer.

The latest study did not find that storms were intensifying rapidly more often than usual. But the researchers did find that when a storm grew at speed, it became much more powerful within a 24-hour period than such storms did 30 years ago: wind speeds had gained 3.8 knots or seven kilometers (approximately 4.3 miles) an hour for each of the three decades.

And although hurricanes are driven by the warmth of the upper ocean, the researchers decided that rather than overall ocean warming, in this case the biggest factor was a natural cycle called the Atlantic Multidecadal Oscillation, which in its present phase tends to make ocean waters warmer in the central and eastern Atlantic—the spawning ground for Irma, Jose and Maria.

But when Harvey hammered the Texas coast in August 2017, the waters of the Gulf of Mexico were warmer than they had ever been. And scientists from the National Center for Atmospheric Research (NCAR) report in the journal Earth’s Future that they calculated the rate of evaporation as the hurricane winds raced over the water and compared it with the levels of precipitation over the city of Houston.

To make a hurricane happen at all, ocean temperatures need to reach 26°C (approximately 79°F). When Harvey gathered its strength and its moisture, the Gulf waters had tipped 30°C.

“We show, for the first time, that the volume of rain over land corresponds to the amount of water evaporated from the unusually warm ocean,” said Kevin Trenberth, a senior scientist with NCAR. “As climate change continues, we can expect more supercharged storms like Harvey.”