Two Massive Hurricanes in Two Weeks Is Not a Coincidence, It’s Climate Change 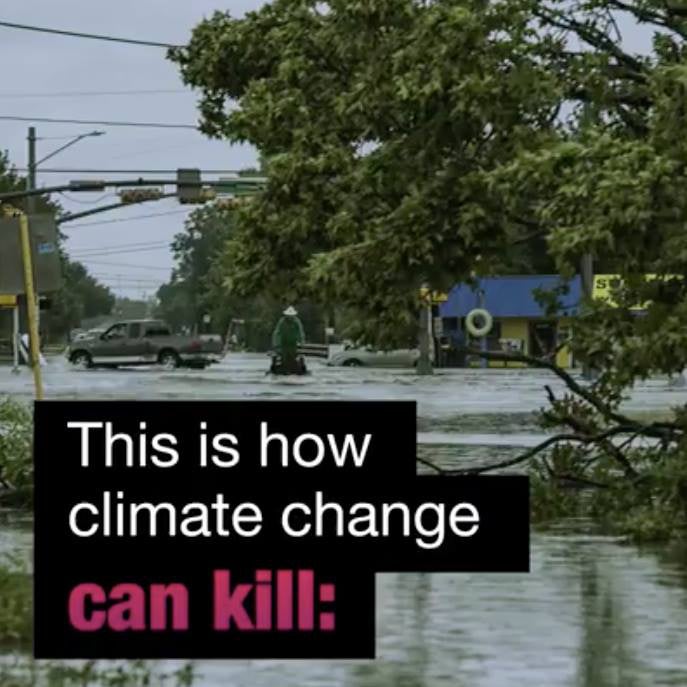 Fossil fuel companies knew climate change would be catastrophic for communities 30 years ago—now it’s time for them to answer to the victims.

Climate change is a social justice issue; it hits the most vulnerable communities the hardest. With Hurricanes Harvey and Irma, we’re watching that play out in an extreme way. But these events aren’t just bad luck for people who can’t avoid it—they’re becoming the new normal. Scientists told us that climate change would fuel more extreme weather events, with even more devastating impacts.

It turns out, the fossil fuel industry also knew this was coming. Decades ago.

Exxon researchers warned management in 1982 that impacts from climate change could be catastrophic. But instead of doing literally anything about it, Exxon and its peers engaged in a decades-long campaign to sow doubt about climate change, impede policy and protect their own profits. While the industry knew what damage climate change could do, it continued to exploit fossil fuels, worsening the problem and blocking the path to renewable energy.

The question naturally arises, doesn’t justice demand these companies pay for the damages they knew were coming, damages they made worse via climate change?

Shouldn’t the people and communities who have been hit the hardest by climate change be able to demand corporations pay their share of rebuilding costs?

On Harvey’s heels, Hurricane Irma—one of the strongest Atlantic hurricanes ever recorded—is bringing more social, economic and environmental disaster. By Wednesday evening, the prime minister of Barbuda estimated that 90 to 95 percent of the island had been destroyed. Irma is also on track to paralyze Puerto Rico, a U.S. territory where 46 percent of the population lives below the the poverty line. It could leave the island without power for six months, further crippling its damaged economy and devastating poor communities.

Irma is expected to hit South Florida next, which already faces the daily realities of sea level rise from climate change, even without a hurricane. Across the state, where many areas are under mandatory evacuation orders, most property in flood zones sits uninsured.

Whether it’s Texas, Florida, Puerto Rico or the Caribbean, climate change is exacerbating existing problems, especially for those who cannot afford it.

Which is why it’s time to hold the big polluters—those who can afford it and who foresaw this day—accountable to the victims.

Some estimates put the damages for Harvey at almost $200 billion dollars. Early estimates for Irma run as high as $250 billion.

Who should bear that cost? There are thousands of people who have lost their homes and livelihoods. Many don’t have insurance or any kind of safety net. Climate change is making these storms worse, and the losses harder to recover from. We see that we need drastic action to reduce carbon emissions, but we also need accountability—we need climate justice.

Companies that knowingly fueled climate change—via emissions from their products and via denial—can and should be held accountable. That includes paying up. Climate denial is not a victimless crime, and the victims do not equally share the burden of climate change.

When we demand that the Exxons and Chevrons of the world must answer to these victims, we mean literally, and we mean now.

Science is making it easier to identify and quantify risks related to climate change—and to predict them. Ignoring those risks or continuing business as usual in spite of them, is negligent, and can be punished.

Science has also made the harms from climate change quantifiable, so that emissions from a particular company can be tied to an amount of sea level or temperature rise. In fact, a new paper found that just 90 companies contributed up to 35 percent of the rise in global mean surface temperature, and up to 14 percent of global sea level rise since 1980. Fossil fuel corporations can be assigned a percentage of responsibility for climate impacts, based on their historic emissions, and that percentage could translate into a dollar amount in the billions given the costs of storms like Harvey and Irma.

That money would go a long way towards supporting the just recovery and rebuilding we so desperately need for hurricane survivors.

But fossil fuel companies have already spent a lot of their money, just not on recovery efforts. Instead, they’re donating to political campaigns and super PACs to ensure that climate denial is official policy and they stay off the hook. We think that money is better spent helping people and communities recover from and adapt to climate change—don’t you?