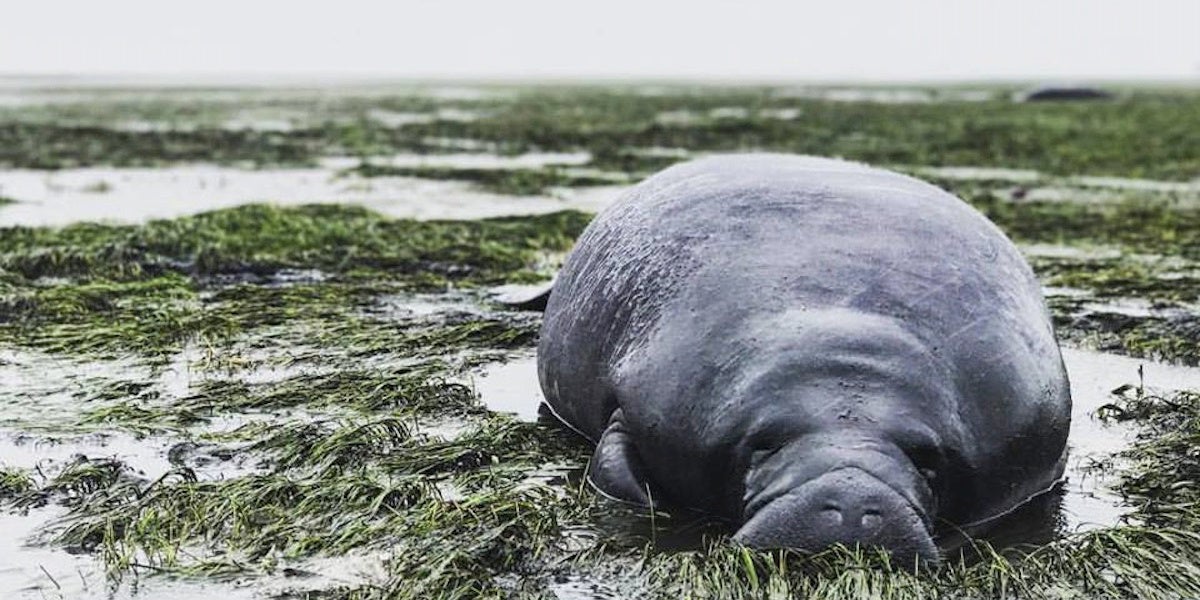 The sheer strength of Hurricane Irma temporarily left shorelines in Florida and the Bahamas looking more like barren deserts.

The natural phenomenon, known as a negative surge, caused many eyewitnesses to balk.

Twitter user Piznack wrote: “Y’all my family in the Bahamas said Irma sucked up all the water. There’s literally no water. The beach and ocean are gone.”

Why is this happening? Angela Fritz, deputy weather editor at the Washington Post, explained that “Hurricane Irma is so strong and its pressure is so low, it’s sucking water from its surroundings into the core of the storm.”

“In the center of the storm, where there is extreme low pressure, water is drawn upward. Low pressure is basically a sucking mechanism—it sucks the air into it, and when it’s really low, it can change the shape of the surface of the ocean. As the storm draws water toward the center, it gets pulled away from the surroundings,” Fritz wrote.

#Tampa bay now an effective dog park as we wait for #irma. With @CityofTampa parks closed ahead of storm, this is the best we've got. pic.twitter.com/Op3FADmL3V

Receding waters even left a pair of manatees stranded in the mud near a bay in Manatee County.

Michael Sechler of Sarasota posted striking images of the gentle creatures on Facebook and wrote, “One wasn’t moving, the other was breathing and had water in its eyes.”

Luckily, law enforcement officials and a group of citizens showed up on the scene and rescued the manatees, Fox 13 reported.

Alabama meteorologist James Spann warned that the negative surge will not last and people should stay away from the shorelines before the water comes back.

“The water will come rushing back with a vengeance,” Spann tweeted.

Gov. Rick Scott also tweeted: “DO NOT GO IN. The water will surge back & could overtake you.”

Indeed, the waters that receded in the Bahamas on Friday returned the following day.