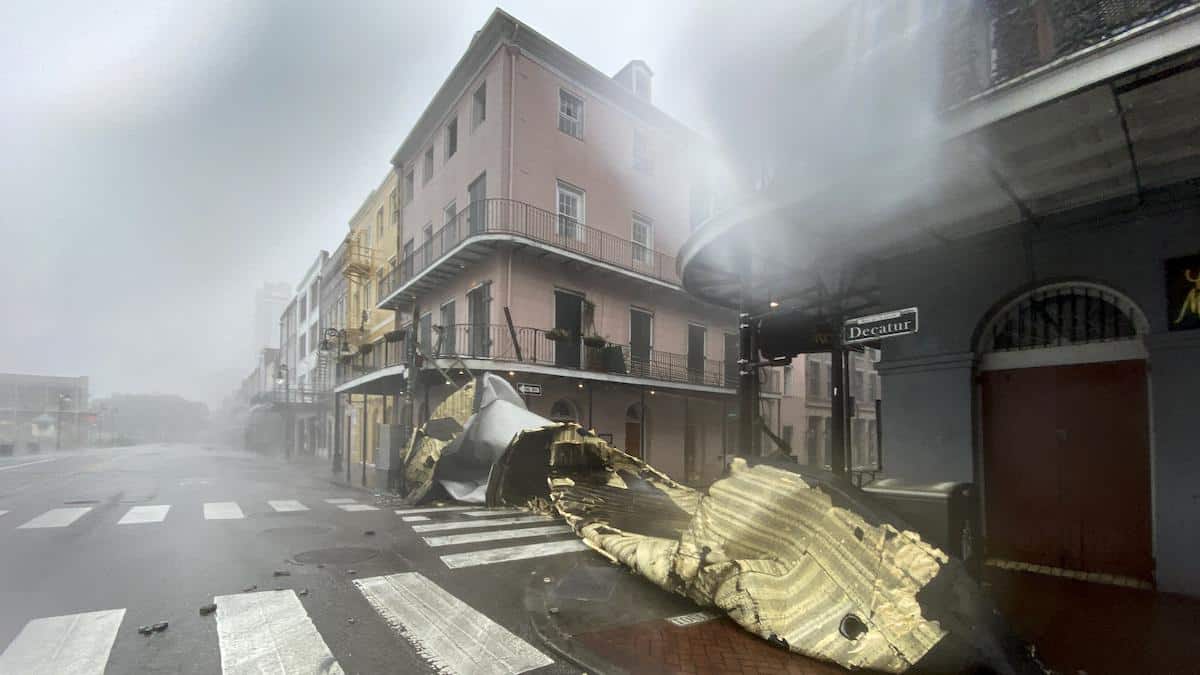 Hurricane Ida made landfall near Port Fourchon, Louisiana, just before noon local time on Sunday as a Category 4 hurricane with maximum sustained winds of 150 mph, 7 mph short of being just the fifth Category 5 storm to ever hit the U.S.

The storm, which made landfall on the 16th anniversary of Hurricane Katrina’s landfall, then ground across the “toe” of the state’s “boot” for about the next 16 hours, causing massive damage. The storm knocked out all eight transmission lines that deliver power, plummeting all of New Orleans into darkness.

More than 1.1 million customers were without power in Louisiana and Mississippi as of 7:00 a.m. Monday. Heavy rain, combined with storm surge, caused catastrophic impacts along the southeast coast of Louisiana with life-threatening flash flooding, according to the National Weather Service.

Ida rapidly intensified from a Category 1 to a Category 4 Major Hurricane in less than 24 hours, supercharged by exceptionally warm waters in the Caribbean and Gulf of Mexico — phenomena driven and made more common by climate change caused by human extraction and combustion of fossil fuels.

The rapid intensification limited forewarning and prevented large-scale evacuation efforts, especially for those who are disabled or those unable to afford to evacuate — a crisis compounded by looming evictions in the region. Flooding was especially severe in LaPlace, leaving many residents stranded. So far, only one death has been officially reported, a number sadly almost certain to rise.

The impact of the climate-supercharged storm will be made far worse by the ongoing COVID-19 pandemic, itself made worse by the widespread denial and rejection of science. As of 4:00 a.m. local time, now-Tropical Storm Ida had passed into southwest Mississippi, bringing heavy rainfall, and more flooding.

Ida struck as hospitals and their intensive care units were filled with patients from the fourth surge of the COVID-19 pandemic, sparked by the highly contagious delta variant and low vaccination rates across Louisiana.

Daily tallies of new cases in Louisiana went from a few hundred a day through much of the spring and early summer to thousands a day by late July. Gov. John Bel Edwards told The Associated Press on Sunday that more than 2,400 COVID-19 patients are in Louisiana hospitals, saying the state was in a “very dangerous place with our hospitals.”

The governor also said 22 nursing homes and 18 assisted living facilities have been evacuated, though evacuating the largest hospitals was not an option because there simply aren’t other places to send them. Anticipating that power could be out for weeks in places, Edwards said a big focus will be on making sure there is enough generator power and water at hospitals so they can keep up with vital patient needs such as providing oxygen or powering ventilators.

“I hate to say it this way, but we have a lot of people on ventilators today and they don’t work without electricity,” he said.