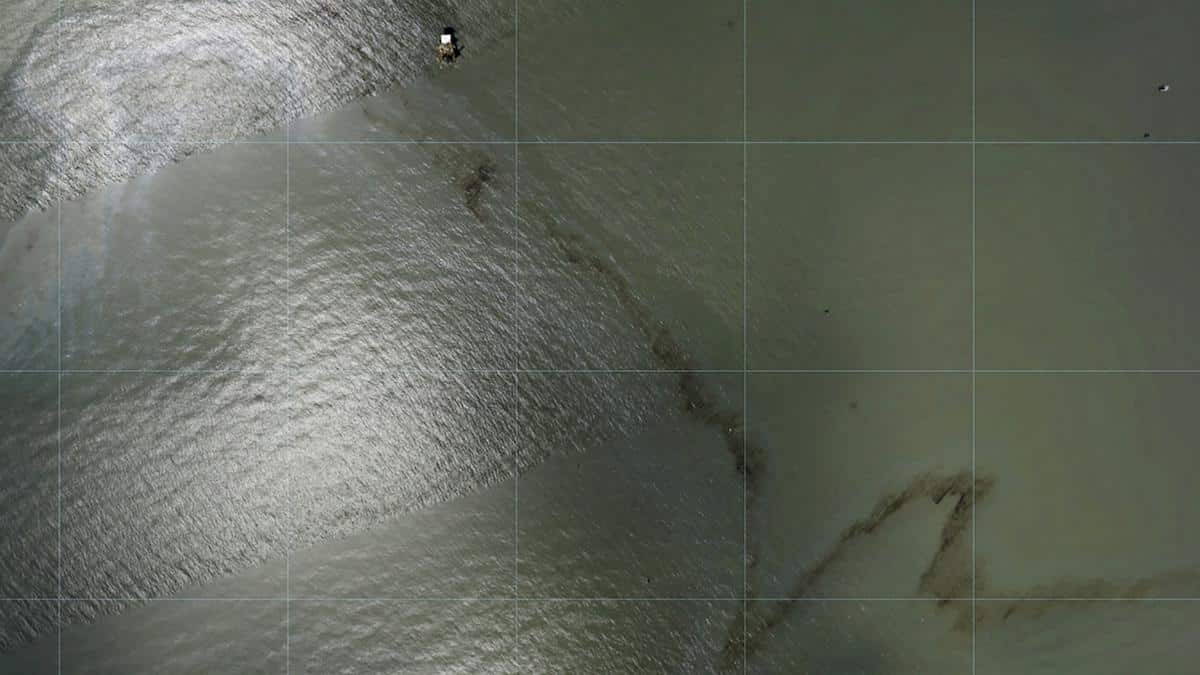 The source of a mysterious oil spill that appeared in the Gulf of Mexico following Hurricane Ida has likely been discovered.

Divers identified the probable source as a foot-wide pipeline running along the ocean floor on Sunday, as HuffPost reported. The pipeline had become dislodged from a trench and broken open, according to The AP.

The divers, and the overall cleanup, is being paid for by Houston-based Talos Energy, though they claim the pipeline does not belong to them.

“Our team is doing everything possible to spearhead a fast, effective and safe containment and clean-up,” Talos senior vice president of production operations John Spath said in a press release. “Although the spill was unrelated to our operations, it was important to mobilize and identify the source and to contain the release to reduce safety and environmental risks. Though we have confirmed our assets are not involved, Talos is committed to establishing containment and control of the release. Our team reacted quickly and did the right thing, and we will continue working with local, state and federal regulators to see this through.”

The miles-long oil slick was first spotted last week by the National Oceanic and Atmospheric Administration and confirmed by The AP. It is one of several spills that have been spotted off the Louisiana coast following Hurricane Ida, according to The New York Times. In fact, the U.S. Coast Guard said Monday that it was investigating almost 350 reports of oil spills in the Gulf in the wake of the storm, as Reuters reported.

The U.S. Coast Guard had previously said the leak could be coming from an old Talos pipeline, according to The New York Times, but the company said on Sunday that the divers confirmed this was not the case.

In addition to the leaking pipeline, the divers also discovered two smaller open and abandoned pipelines in the area, but it was unclear if any oil was emerging from them, The AP reported.

Despite Talos’ findings, Coast Guard spokesman Lieutenant John Edwards told Reuters Monday that the source of the spill was still unknown and that the guard “will be looking at all potential sources in order to ensure any future risk is mitigated.”

The spill is located 2 miles south of Port Fourchon, Louisiana and has so far remained at sea and has not impacted the shoreline.

The extent of the oil in the water is currently unknown. However, Talos said that the rate of oil emerging on the ocean surface had “slowed dramatically” in the last 48 hours, as The New York Times reported Monday. They also said no new heavy black crude oil had emerged in the last 24 hours. Further, Lt. John Edwards of the U.S. Coast Guard said the sheen appeared to be dissipating.

The spill is one of the many consequences of Hurricane Ida, which made landfall at Port Fourchon as a Category 4 storm last week, according to The AP. There is a large concentration of oil and gas production in the area. In fact, The New York Times noted that there were at least nine pipeline segments near the site of the leak.