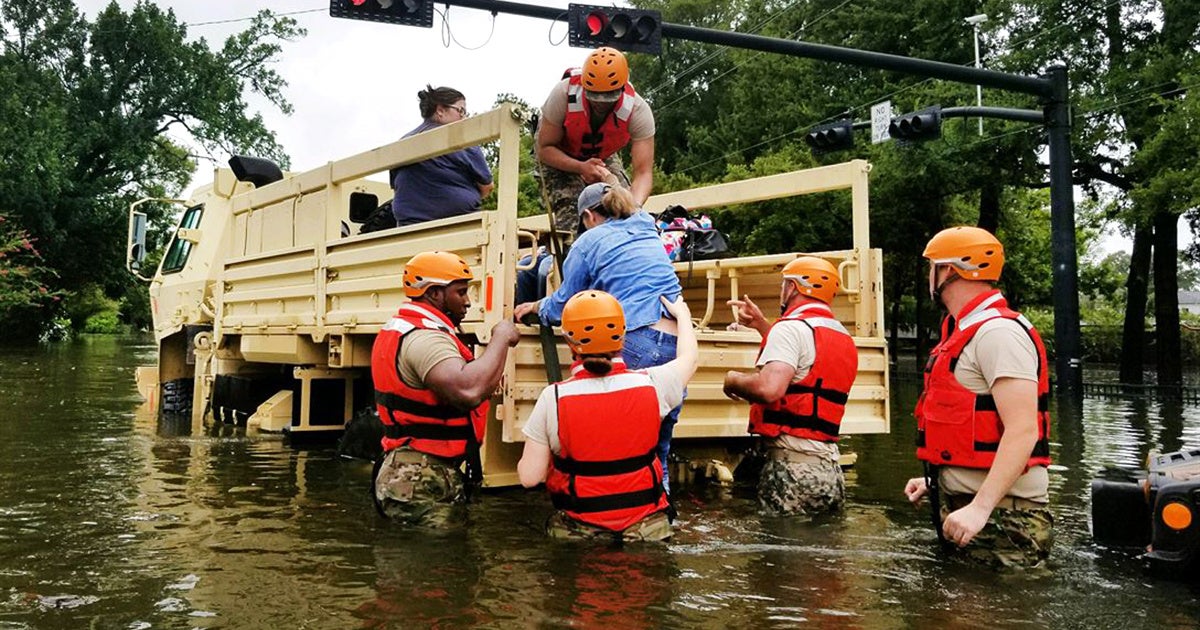 What can we say about the role of climate change in the unprecedented disaster that is unfolding in Houston with Hurricane Harvey?

There are certain climate change-related factors that we can, with great confidence, say worsened the flooding.

Sea level rise attributable to climate change (some is due to coastal subsidence due to human disturbance e.g. oil drilling) is more than half a foot over the past few decades.

That means that the storm surge was a half foot higher than it would have been just decades ago, meaning far more flooding and destruction. 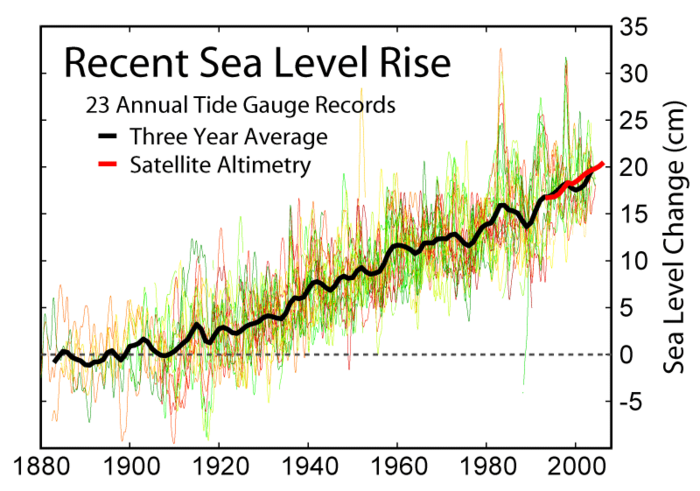 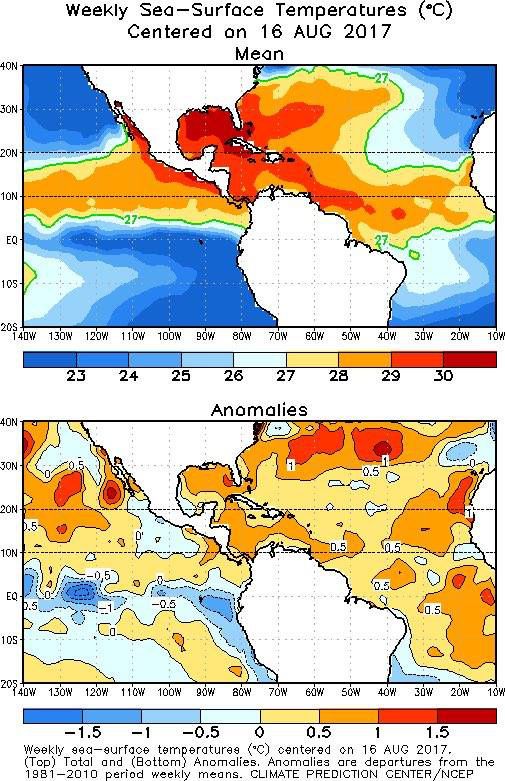 That large amount of moisture meant the potential for much greater rainfalls and greater flooding.

The combination of coastal flooding and heavy rainfall is responsible for the devastating flooding that Houston is experiencing.

Not only are the surface waters of the Gulf unusually warm right now, but there is a deep layer of warm water that Harvey was able to feed upon when it intensified at near record pace as it neared the coast. Human-caused warming is penetrating down into the ocean warming not just the surface but creating deeper layers of warm water in the Gulf and elsewhere. 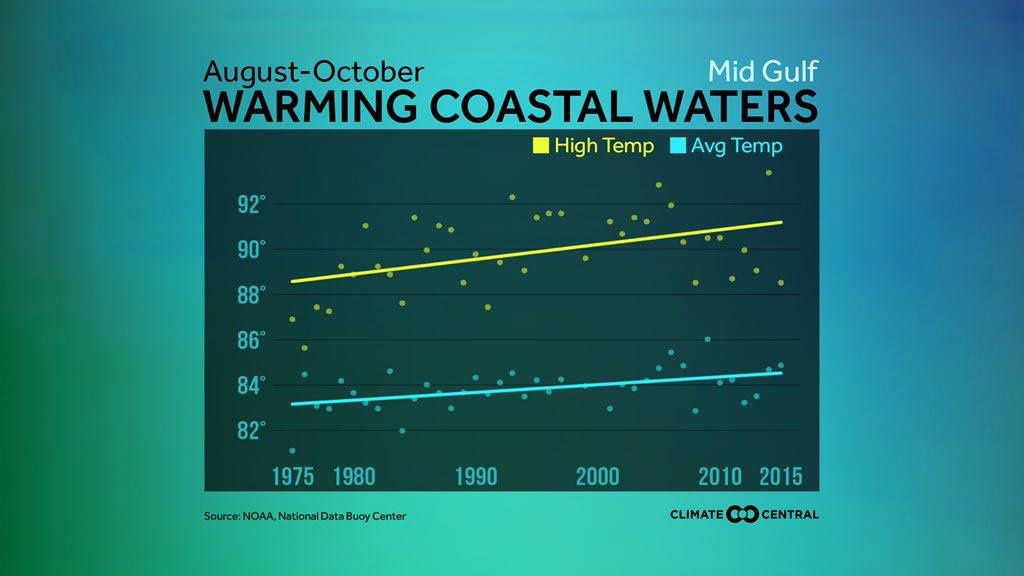 So Harvey was almost certainly more intense than it would have been in the absence of human- caused warming, which means stronger winds, more wind damage and a larger storm surge (as an example of how this works, we have shown that climate change has led to a dramatic increase in storm surge risk in New York City, making devastating events like Superstorm Sandy more likely.

Finally, the more tenuous but potentially relevant climate factors: Part of what has made Harvey such a devastating storm is the way it has stalled right near the coast, continuing to pummel Houston and surrounding regions with a seemingly endless deluge which will likely top out at nearly 4 feet of rainfall over a several days-long period before it is done.

The stalling is due to very weak prevailing winds which are failing to steer the storm off to sea, allowing it to spin around and wobble back and forth like a top with no direction. This pattern, in turn, is associated with a greatly expanded subtropical high pressure system over much of the U.S. right now, with the jet stream pushed well to the north. This pattern of subtropical expansion is predicted in model simulations of human-caused climate change. 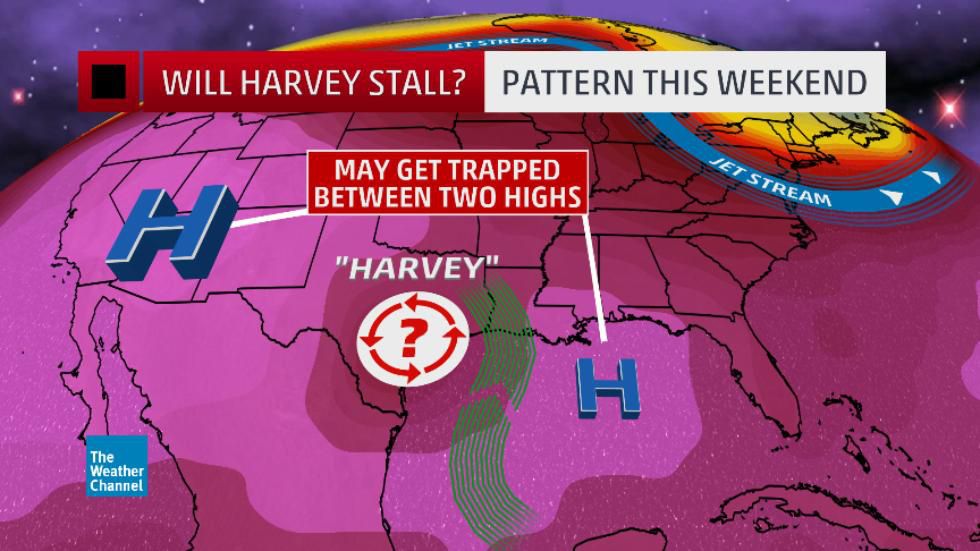 More tenuous, but possibly relevant still, is the fact that very persistent, nearly “stationary” summer weather patterns of this sort, where weather anomalies (both high pressure dry hot regions and low-pressure stormy/rainy regions) stay locked in place for many days at a time, appears to be favored by human-caused climate change. We recently published on this phenomenon:

In conclusion, while we cannot say climate change “caused” hurricane Harvey (that is an ill-posed question), we can say that it exacerbate several characteristics of the storm in a way that greatly increased the risk of damage and loss of life.