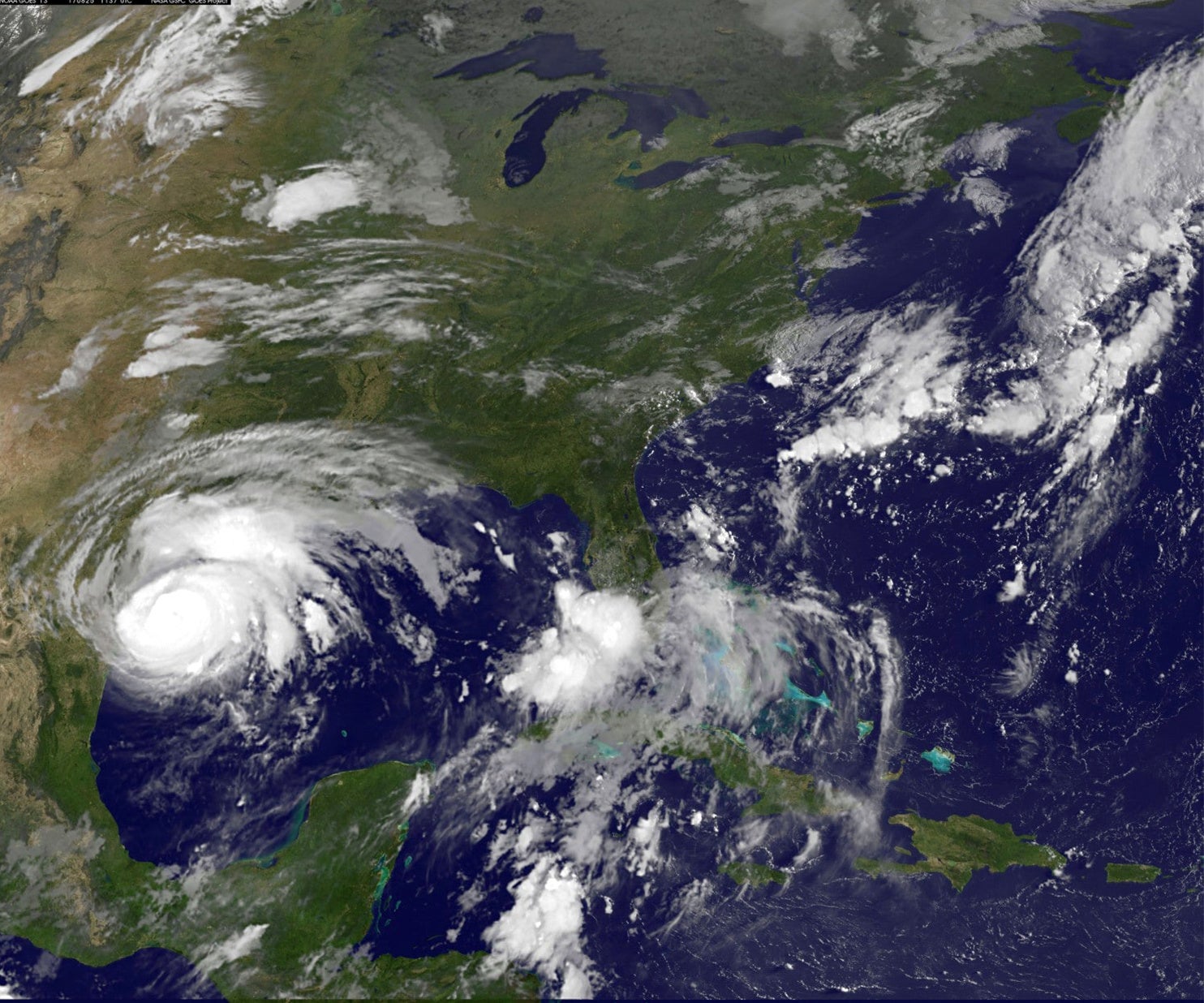 Hurricane Harvey approaches the Texas Gulf Coast in this satellite image by the National Oceanic and Atmospheric Administration on Aug. 25. NOAA

Hurricane Harvey slammed into the Texas coast this weekend, growing from a regenerated tropical depression into a Category 4 hurricane in less than 60 hours.

The now-tropical storm has stalled inland over Texas, and the entire Houston metropolitan region is now flooding.

With interstates under feet of water, and most of the streams and rivers near the city in flood stage, local authorities have asked boat owners to join rescue efforts. At least five people have died, and the city is prepping for thousands of evacuees this week. Officials predict 50 more inches of rain could be dumped on the area this week.

“It may have been a strong storm, and it may have caused a lot of problems anyway—but [human-caused climate change] amplifies the damage considerably,” Kevin Trenberth of the National Center for Atmospheric Research told The Atlantic.

According to The Atlantic:

“Storms like Harvey are helped by one of the consequences of climate change: As the air warms, some of that heat is absorbed by the ocean, which in turn raises the temperature of the sea’s upper layers.

Harvey benefitted from unusually toasty waters in the Gulf of Mexico. As the storm roared toward Houston last week, sea-surface waters near Texas rose to between 2.7 and 7.2 degrees Fahrenheit above average. These waters were some of the hottest spots of ocean surface in the world. The tropical storm, feeding off this unusual warmth, was able to progress from a tropical depression to a category-four hurricane in roughly 48 hours.”

“A Propublica/Texas Tribune project from last March detailed Houston’s vulnerability to a major storm. The title of the project is ‘Hell and High Water,’ and it chronicles what could happen. ‘A major hurricane here could bring economic and ecological disaster,’ they wrote, including flood damage, destruction of entire low-lying neighborhoods, devastation to Galveston, and a massive disruption of our country’s oil and shipping industries:

‘Such a storm would devastate the Houston Ship Channel, shuttering one of the world’s busiest shipping lanes. Flanked by 10 major refineries—including the nation’s largest—and dozens of chemical manufacturing plants, the Ship Channel is a crucial transportation route for crude oil and other key products, such as plastics and pesticides. A shutdown could lead to a spike in gasoline prices and many consumer goods—everything from car tires to cell phone parts to prescription pills.’

As Texans flee for higher ground, the oil and gas infrastructure that lines the state’s coast will remain in the heart of the storm. There is a bitter irony to the idea that a storm, strengthened by human-caused climate change, carries the potential to destroy the very oil infrastructure that has contributed so much warming to our world.”