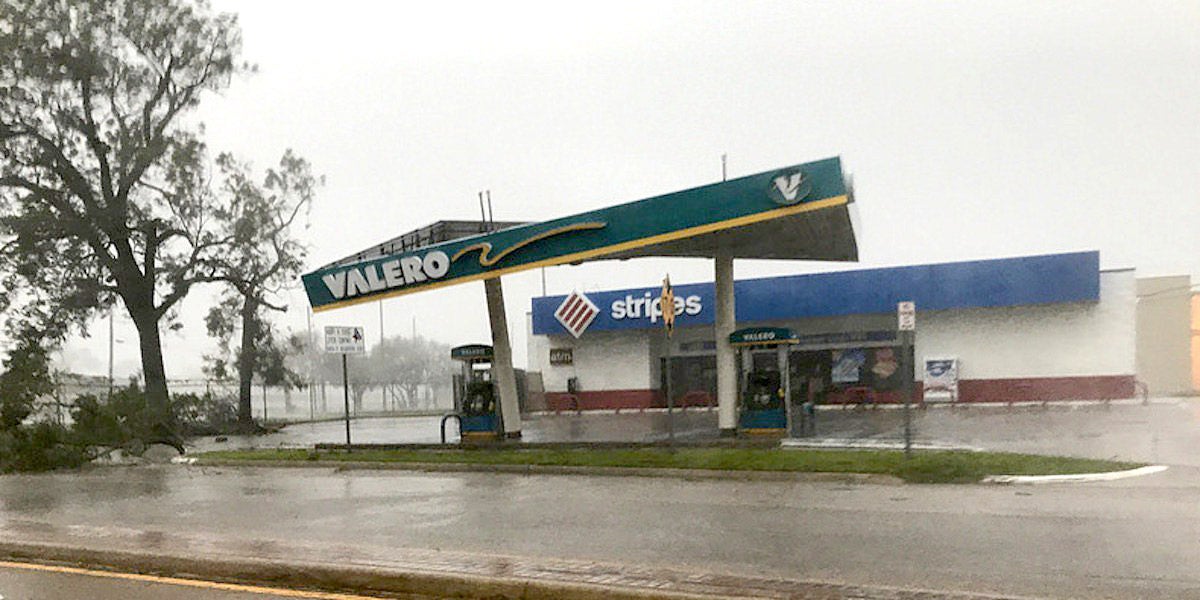 As some of the nation’s largest crude processors and refineries shut down their facilities amid ”
unprecedented” rainfall and flooding from Harvey, residents nearby are reporting noxious, gaseous smells clouding the air.

“I’ve been smelling them all night and off and on this morning,” Bryan Parras, from the environmental justice group
TEJAS, told New Republic on Sunday.

Paris said that the chemical-like smells emanate from Houston’s East End and are particularly strong in communities nearby the petrochemical plants. Problem is, the fence-line community cannot leave or evacuate as they are surrounded by devastating flooding, “so they are literally getting gassed by these chemicals,” he said.

The source of the smell is likely caused by the abrupt shutdown of ExxonMobil, Petrobras, Shell, Chevron Phillips and other petrochemical facilities in the wake of Harvey’s historic flooding, reports suggest.

A 2012 analysis from the Environmental Integrity Project found that “upsets or sudden shutdowns can release large plumes of sulfur dioxide or toxic chemicals in just a few hours, exposing downwind communities to peak levels of pollution that are much more likely to trigger asthma attacks and other respiratory systems.”

Initial reports from Texas regulators indicate that more than 1 million pounds of harmful air pollution have been released into the air due to the closures, the Environmental Defense Fund noted in a blog post.

Furthermore, Chevron Phillips has already reported to the Texas Commission on Environmental Quality (TCEQ) that it expects to exceed permitted limits for pollutants such as 1,3-butadiene, benzene and ethylene during shutdown procedures.

“Air pollution is one of the unseen dangers of the storm,” said EDF senior health scientist Dr. Elena Craft. “Poor air quality puts the most vulnerable among us, like children and seniors, at risk for asthma, heart attacks, strokes and other health problems.”

Meanwhile, TCEQ has shuttered its air quality monitors in the Houston area to avoid water and wind damage from the storm, which leaves these plants and refineries to the “honor system” to report whatever gets emitted, the Houston Press points out.

Manchester resident Nayeli Olmos, who lives close to a Valero Refinery, noticed gas-like smells Saturday night when she stepped outside her house.

“We figured it would go away on its own, but this morning it was still here, and it feels like whenever it rains the odor gets stronger,” Olmos told Houston Press. “Our neighbors were all talking about it and then I saw people from different neighborhoods talking about it on social media. That’s when I realized it’s not just us this time. It’s all over East Houston.”

Stephanie Thomas, from the nonprofit Public Citizen, also told the publication that the air “smelled like burnt rubber with a hint of something metallic thrown in” in the Second Ward near downtown Houston.

Here are some tweets relating to Houston’s chemical stench:

@DisasterPIO There is a widespread gas smell in Houston's East End. Any info?