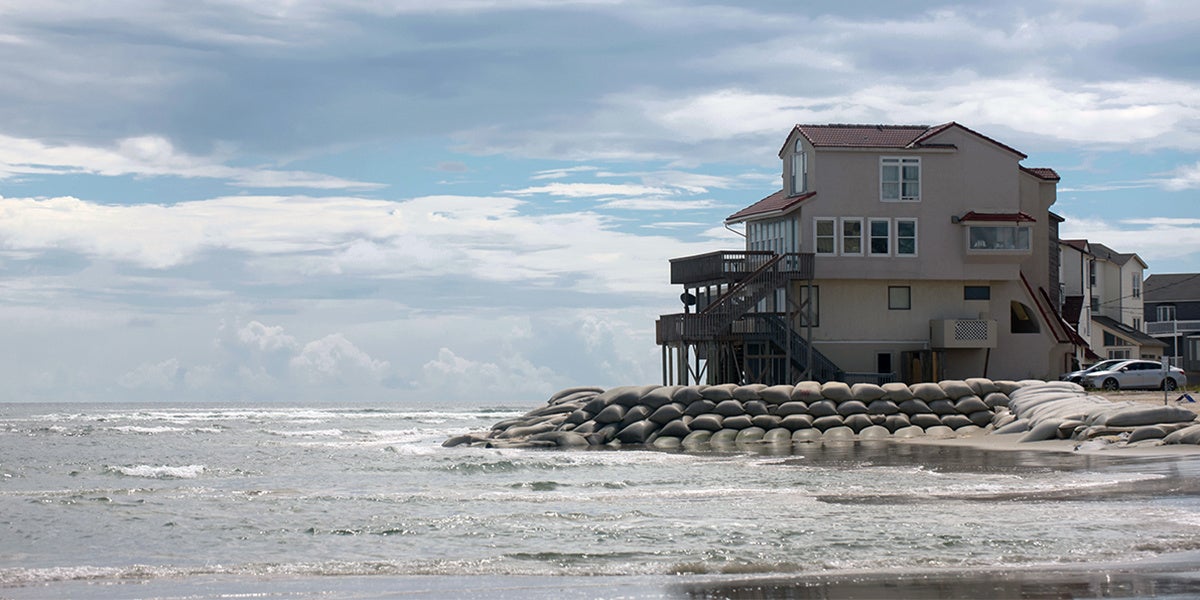 A 2012 law could make North Carolina more vulnerable to hurricanes like Florence, which is expected to approach the state later Thursday, CBS reported.

The law banned policy makers from using up-to-date climate science to plan for sea level rise, which is expected to make flooding from storms like Florence worse.

“Currently the unspoken plan is to wait until the situation is catastrophic and then respond. We must begin the retreat now,” retired Duke University coastal geologist Orrin H. Pilkey wrote in a recent op-ed for Raleigh’s News & Observer.

The law came as a response to a 2010 Coastal Resources Commission (CRC) report that predicted sea levels on the Carolina coast would rise 39 inches by 2100, putting 2,000 square miles of property at risk, The Charlotte Observer explained.

Real estate interests and some politicians worried the report could chill coastal development and increase insurance, so the state legislature passed a law banning agencies from making sea level rise policies until 2016.

“By putting our heads in the sand, literally, for four years, we are not helping property owners. We are hurting them because we are not giving them information they may need to protect their property,” Democratic Representative Deborah Ross said in 2012, according to The Charlotte Observer.

The bill, which became law when Democratic Governor Bev Perdue neither signed nor vetoed it, instructed the CRC to write a new sea-level-rise report that restricted its scope to the next 30 years, took into account scientific studies refuting sea level rise and assessed the economic cost of limiting coastal development.

“You can believe whatever you want about global warming, but when you go to make planning policies here for our residents and protecting their property values and insurance rates … it’s a very serious thing to us on the coast,” McElraft said in 2012, according to The Charlotte Observer.

However, others warned that the bill itself would be a “very serious thing” for coastal dwellers.

The North Carolina Coastal Federation warned at the time that the bill undermined years of work by emergency agencies “to help prepare the state for hurricanes,” according to CBS.

This week, the Union of Concerned Scientists warned that the increased average sea level along the Carolina coast could make the storm surge from Hurricane Florence more dangerous.

Since the bill was passed, studies have continued to show that the Carolina coast is already being impacted by sea level rise.

One, published in August, found that five Southeast states including North Carolina had already lost $7.4 billion in home values to sea level rise.

High tides are already causing flooding on non-windy days on streets like Front Street in Beaufort, Bay Street in Morehead City and Memorial Street in Nags Head, Pilkey wrote in his op-ed.

He advised that, going forward, the state increase setback lines to limit coastal development, raise the height of buildings, move back threatened buildings, prohibit rebuilding of storm-destroyed buildings and initiate a planned retreat from the rising water line.

“The time has come for action on our shoreline,” Pilkey wrote. “There is no question that the climate will change drastically. It already has. And with that changing climate will come big changes at the shoreline. We used to believe that we could hold the shoreline in place but clearly that is an economic and engineering impossibility.”