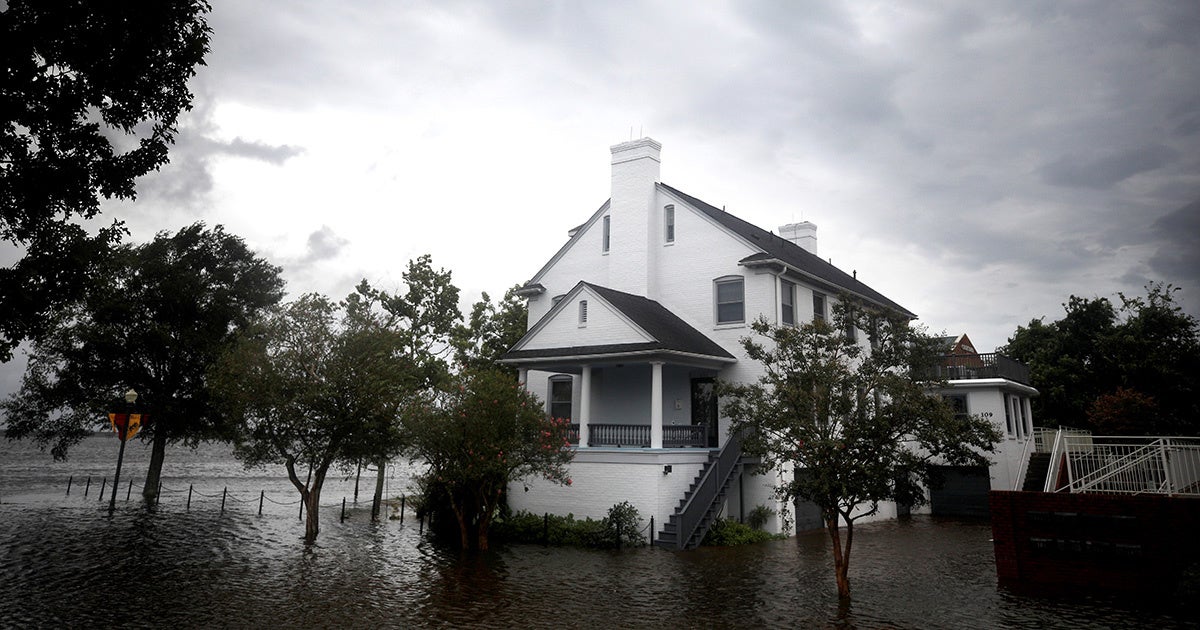 Hurricane Florence, which the first pre-storm study of its kind shows will be more than 50 percent wetter due to climate change, began to soak North Carolina Thursday night into Friday morning, The Washington Post reported.

While the hurricane was downgraded to a category 1 storm, as of 5:16 a.m. Eastern Time (ET) it had already collapsed roofs and damaged structures in Morehead City and New Bern, North Carolina and unleashed flooding that stranded more than 100 in New Bern.

Warnings are focused on rainfall and storm surge, which the National Hurricane Center said could be “life threatening.”

“It cannot be emphasized enough that the most serious hazard associated with slow-moving Florence is extremely heavy rainfall, which will cause disastrous flooding that will be spreading inland through the weekend,” a 5:00 a.m. ET National Hurricane Center update said.

And scientists can now confidently say ahead of time that 50 percent of that rain can be attributed to climate change.

A study by researchers at Stony Brook University and Lawrence Berkeley National Laboratory found the storm will be 50 miles larger in diameter than it would have been without climate change and deliver about 50 percent more rain, The Guardian reported.

Scientists were able to figure out last year that chances of Hurricane Harvey‘s devastating rainfall were tripled due to global warming, but that study took place after the storm had passed.

This is the first study to attribute a storm’s characteristics to climate change before it struck.

“The idea we can’t attribute individual events to climate change is out of date, it’s just no longer true,” study author and Lawrence Berkeley National Laboratory staff scientist Michael Wehner. “We’ve reached the point where we can say this confidently.”

What exactly that climate-increased rainfall will mean for the states in Florence’s path will be revealed in full over the weekend.

The storm is expected to make landfall Friday morning near Wilmington, North Carolina, according to a 6 a.m. ET update from The Washington Post.

There are currently up to 321,692 houses without power, and high water levels are expected to increase as the tide comes in, the same update said.

The most dramatic impact so far has been in New Bern, North Carolina where more than 100 rescues were in progress after water levels rose 10 feet, Mayor Dana Outlaw said, according to CNN.