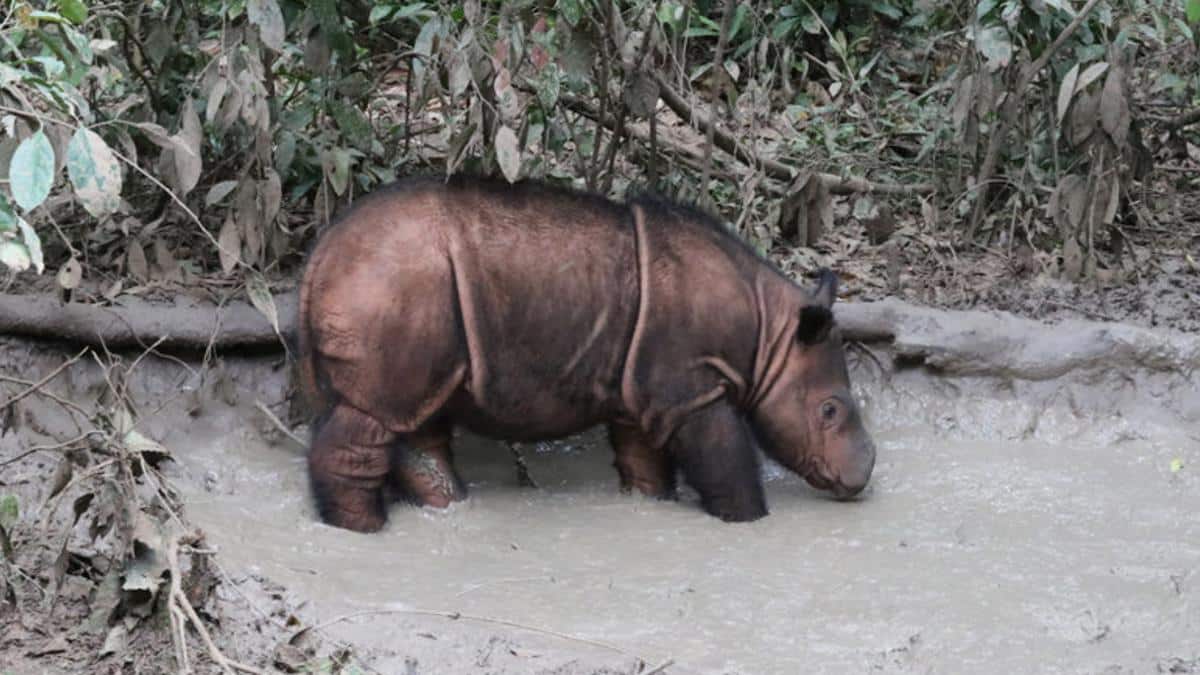 Humans are driving species to extinction 1,000 times faster than what is considered natural. Now, new research underscores the extent of the planet’s impoverishment.

Extinctions don’t just rob the planet of species but also of functional and phylogenetic diversity, the authors of a paper published in the Proceedings of the National Academy of Sciences argue. “They are much newer ideas than species richness, so not as much exploration has been done about patterns of decline in these two metrics, particularly globally,” said Jedediah Brodie, first author of the study and conservation biologist at the University of Montana.

For example, rhinos loom large in public imagination but are, in fact, marching into oblivion. The Bornean rhinoceros (Dicerorhinus sumatrensis harrissoni), a subspecies of the Sumatran rhinoceros, has gone extinct in Malaysia. “It is such a tragedy because it’s an iconic and culturally important species,” Brodie said, “but also because they are super important both functionally and phylogenetically.” 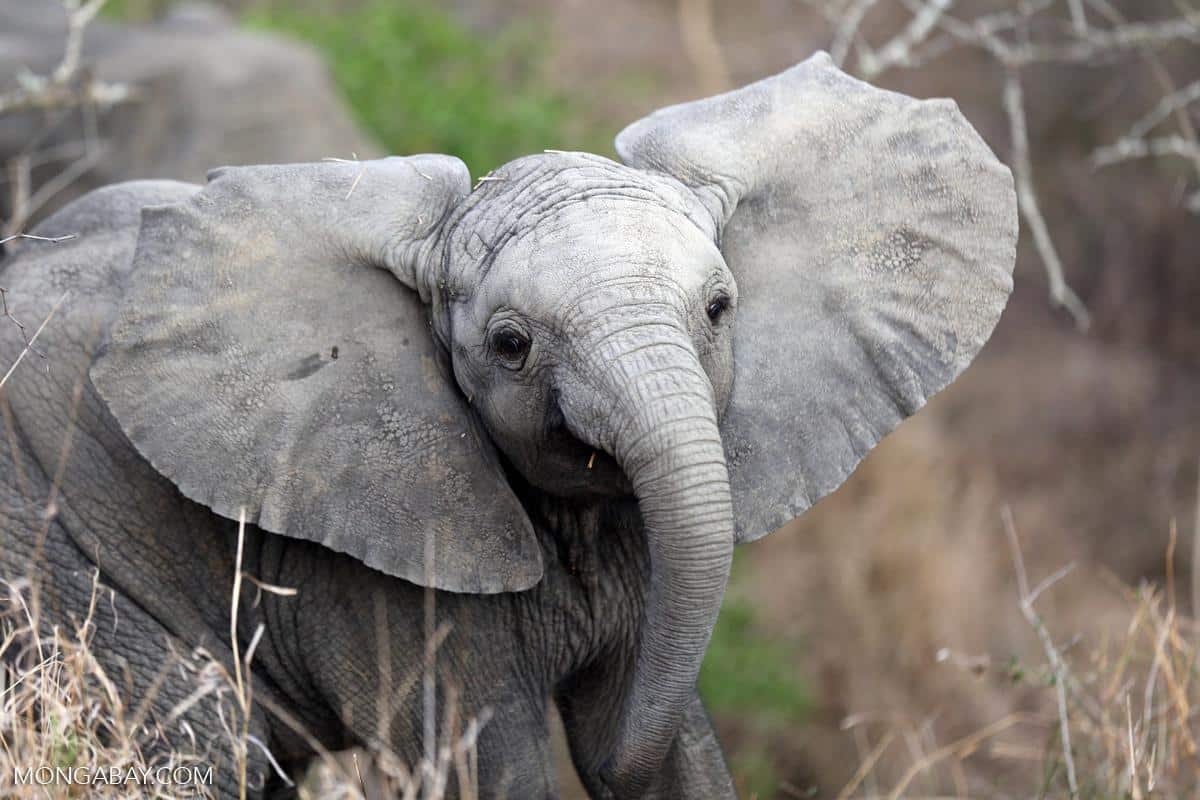 Harvesting animals for subsistence or sale is the greatest threat to land-dwelling mammals, the new study found. About 15% of people in the world depend on wild animals, particularly vertebrates, for food. But hunting, illegal and legal, also feeds the global supply chain for wildlife and wildlife parts.

Rhino populations plummeted in the second half of the 20th century; they are heavily poached for their horns, and their ranges have shrunk dramatically over the decades. Of the five existing rhino species, three are critically endangered.

The study focused on terrestrial mammals, one of the most extensively studied groups. They used the IUCN Red List, the most widely cited and comprehensive compilation of endangered species and the threats they face.

By removing animals from their habitats, humans also remove them from ecosystems in which they evolved and play critical roles. To gauge the consequences is not a simple calculus.

In both cases, Brodie said, the species richness would decrease by two, but the effects would be very different. 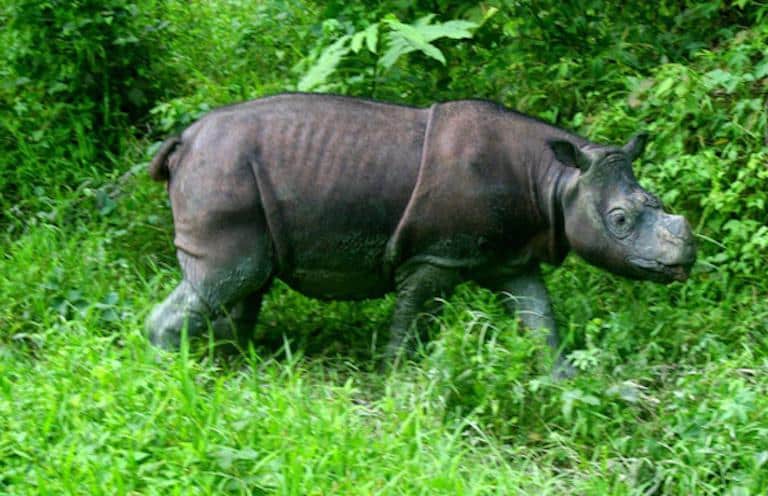 Despite their fearsome reputation and bulk, rhinos, some of which can weigh as much as two cars, are herbivores. Bornean rhinos are one of the few large-bodied frugivores and herbivores on Borneo, an island shared between Malaysia, Indonesia and Brunei. It is also home to another herbivore, the island’s famous pygmy elephants. However, rhinos eat different plants than the elephants, so losing them would alter plant seed dispersal and plant evolution.

The research shows that extinctions driven by human activities lead to a more significant decline in functional diversity than if species were randomly going extinct.

“Some species groups are very vulnerable. Be an antelope, and people want to eat you. Be a parrot, and people want you as a pet. Live only on Cuba — as a subfamily of mammals does — and you’re in trouble,” said Stuart Leonard Pimm, an ecologist and leading authority on the extinction crisis, who was not involved in the recent study. “This leads to a disproportionate loss of ecological function as human actions drive species to extinction.”

The disappearance of species doesn’t just wipe away entire ecological functions. It also leads to the irredeemable loss of evolutionary history. Millions of years of evolution are encoded into species that coexist with humans today; to lose them is to lose that biological heritage.

The disappearance of the remaining five rhino species would sever an entire evolutionary lineage, the Rhinocerotidae family that arose about 40 million years ago, from the tree of life.

“They are the last remnants of what was a hugely diverse and amazing family found all across the world in the not too distant past,” Brodie said of Rhinocerotidae, which counts more than 40 extinct species.

But conservationists warn that it is not just wholesale extinctions that we should be worried about, but also disappearing populations — what Brodie and his co-authors call “biotic annihilation.” Only one in every 10 dramatic declines in populations results in extinctions, but those losses have repercussions for ecosystems which experience them.

“Species extinction is an endpoint, and it’s a really, really, bad endpoint. Before that happens, species will start to go extinct in individual countries first,” Brodie said. “The focus on population decline is really important because it’s in some ways a better illustrator of the magnitude of the extinction crisis.”

Their research maps out the relationship between species richness and functional and phylogenetic loss for individual countries to aid national-level policymaking.

The work shows that habitat destruction results in more functional diversity loss in Indonesia, Argentina and Venezuela. “This suggests that instead of focusing on harvest management and human diets, conservation actions in these areas might be better directed toward protected areas and land use policy to best conserve this component of biodiversity,” the researchers write.

The study also found that climate change is emerging as a major driver of biodiversity loss. What remains to be seen is how these relationships pan out for other animal groups, like reptiles, amphibians and birds.