Why Was a Drug Used to Euthanize Animals Found in This Dog Food? 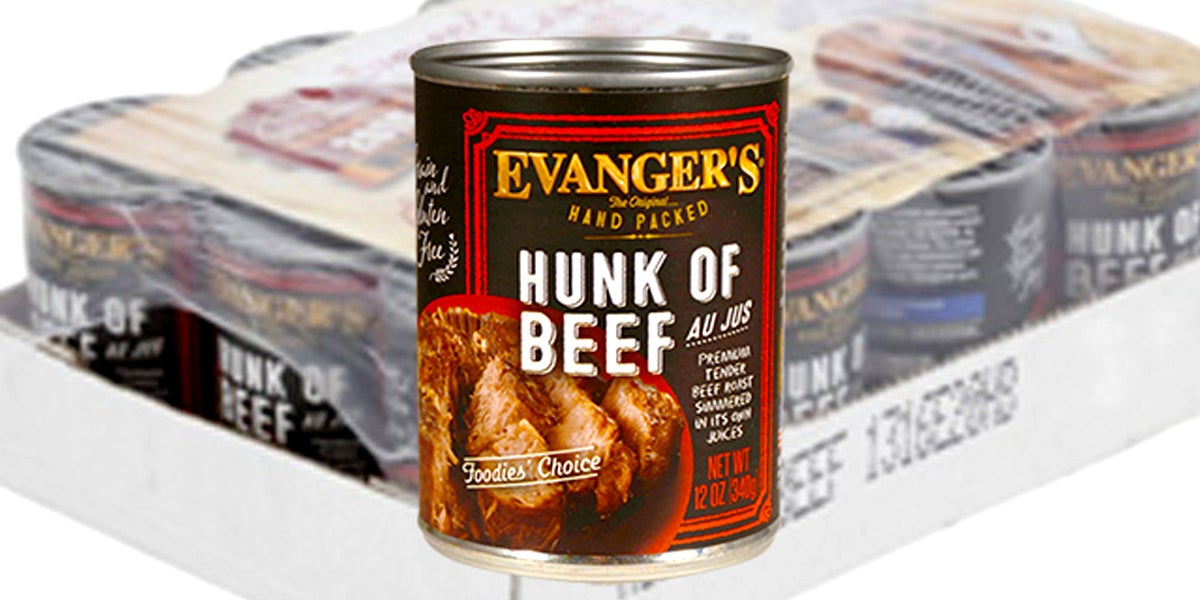 Last week the U.S. Food and Drug Administration (FDA) warned pet owners not to feed specific lot numbers of Evanger’s canned Hunk of Beef or Against the Grain Grain Free Pulled Beef with Gravy canned dog food because they might contain enough pentobarbital to sicken or kill their animals.

The FDA began investigating Evanger’s Dog & Cat Food Company Inc. when it learned about five dogs in a single household that suffered acute neurological symptoms shortly after eating the product. One dog was euthanized after secondary complications and three others recovered after receiving veterinary care. One of the dogs treated remains on seizure medication and the fifth dog that ate the least amount of food recovered with time.

The stomach contents of the deceased dog and an open can of the product were tested by an FDA Veterinary Laboratory Investigation and Response Network lab and unopened cans of the product from the pet owner and retailer that sold the products (from the same production lot), were tested by FDA’s lab. All of the samples tested positive for pentobarbital.

Pentobarbital is a drug used for euthanizing animals. Years ago, the remains of euthanized animals (sometimes pets) went to rendering plants and the resulting mess ended up in pet foods.

But when Mal Nesheim and I were researching our pet food book, Feed Your Pet Right, which came out in 2010, we searched for but could not find evidence that any pet food company was still doing that.

Everyone we asked, from veterinarians, to pet food makers, to government regulators told us that rendered, euthanized animals were no longer in pet foods, not least because the ingredients would have to be disclosed on the labels and no manufacturer wanted to do that.

The U.S. Department of Agriculture (USDA) said it checked and the canned foods really do contain beef.

Since when are cattle treated with pentobarbital?

If they aren’t, how did the drug get into the pet food?

Susan Thixton, who runs the blog, TruthAboutPetFood, snagged a screenshot of Evanger’s website before they “edited” out the part about how their products are “made with completely human grade” ingredients. Here’s her explanation: 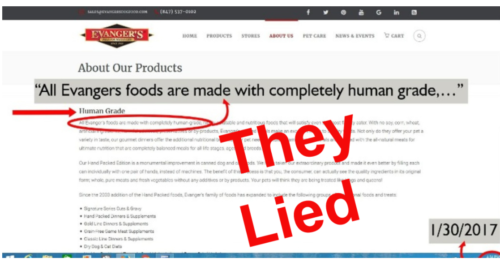 The FDA must agree. It said:

In its recent press release announcing a limited product recall, Evanger’s Dog & Cat Food Company, Inc. stated that the beef for its Hunk of Beef product came from a “USDA approved” supplier. However, the FDA reviewed a bill of lading from Evanger’s supplier of “Inedible Hand Deboned Beef—For Pet Food Use Only. Not Fit For Human Consumption” and determined that the supplier’s facility does not have a grant of inspection from the United States Department of Agriculture’s Food Safety and Inspection Service. The meat products from this supplier do not bear the USDA inspection mark and would not be considered human grade.