Climate groups rallied in Anchorage, Alaska yesterday to demand that the U.S. government, President Obama and Alaskan leaders take the urgent action needed to stop climate change. The “Rally to Confront the Glacial Pace of Political Action” took place as President Obama met with ministers from around the world for the “GLACIER” conference. 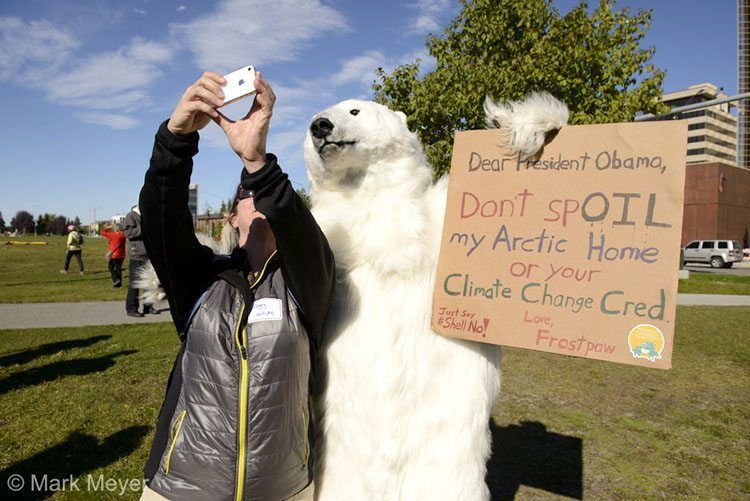 Peggy Wilcox of Anchorage takes a selfie with Frostpaw the polar bear at the rally. Photo credit: Mark Meyer / Greenpeace

More than 300 people participated in yesterday’s rally. The groups four “demands” for political leaders include:

In response to the President’s visit, Faith Gemmill of RedOil said, “Indigenous peoples of Alaska have seen alarming impacts from climate change already, and Shell’s drilling will only make them worse. We’ve seen over 300 wildfires this past summer which burned throughout the state and forced communities to evacuate, as well as the very real threat of actual forced relocation of coastal communities due to coastal sea ice loss and erosion.” 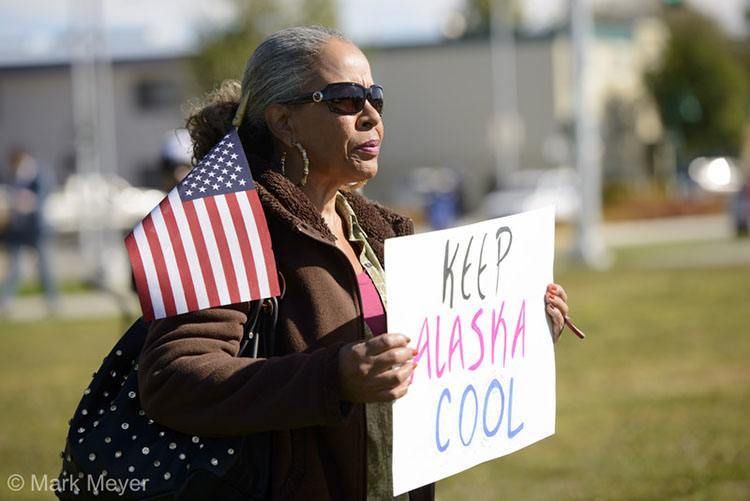 The President has said again and again that climate change poses a serious threat to humanity and in going to Alaska, he is highlighting how the state is on the front lines of the fight against climate change.

At the “GLACIER” conference, Obama said, “I have come here today, as the leader of the world’s largest economy and its second-largest emitter to say that the United States recognizes our role in creating this problem and embraces our responsibility to help solve it. And I believe we can solve it.”

And yet, environmentalists point out the President just gave final approval to Shell to begin drilling in the Arctic. To many, that smacks of hypocrisy.

“There is no clearer symbol of the self-defeating hypocrisy of his policies on energy and climate,” said the group Credo. “Climate leaders don’t drill the Arctic.”