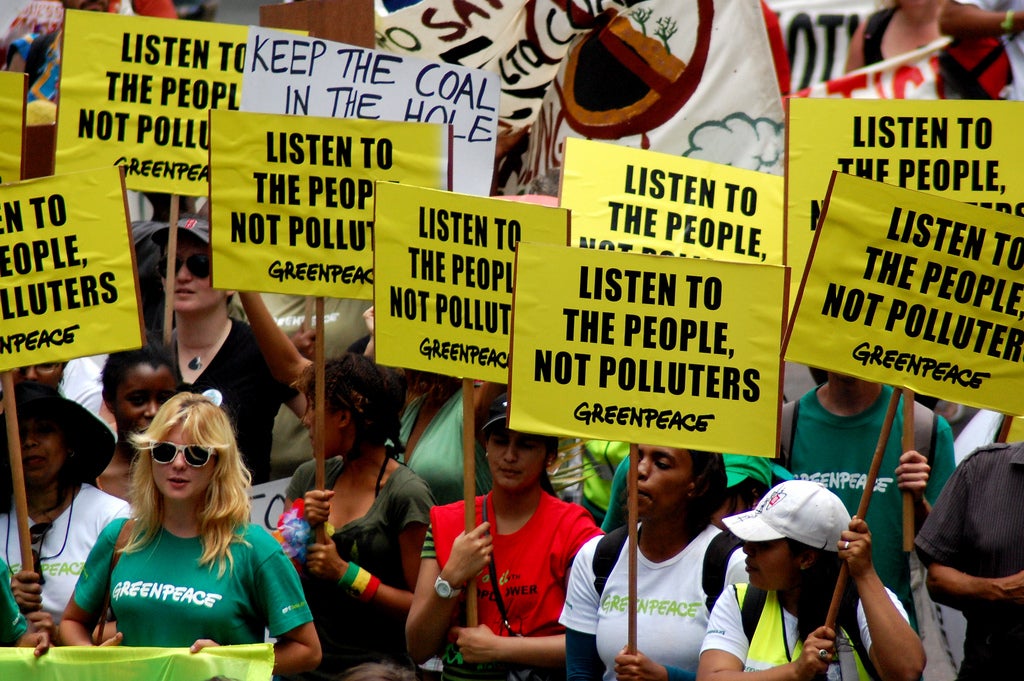 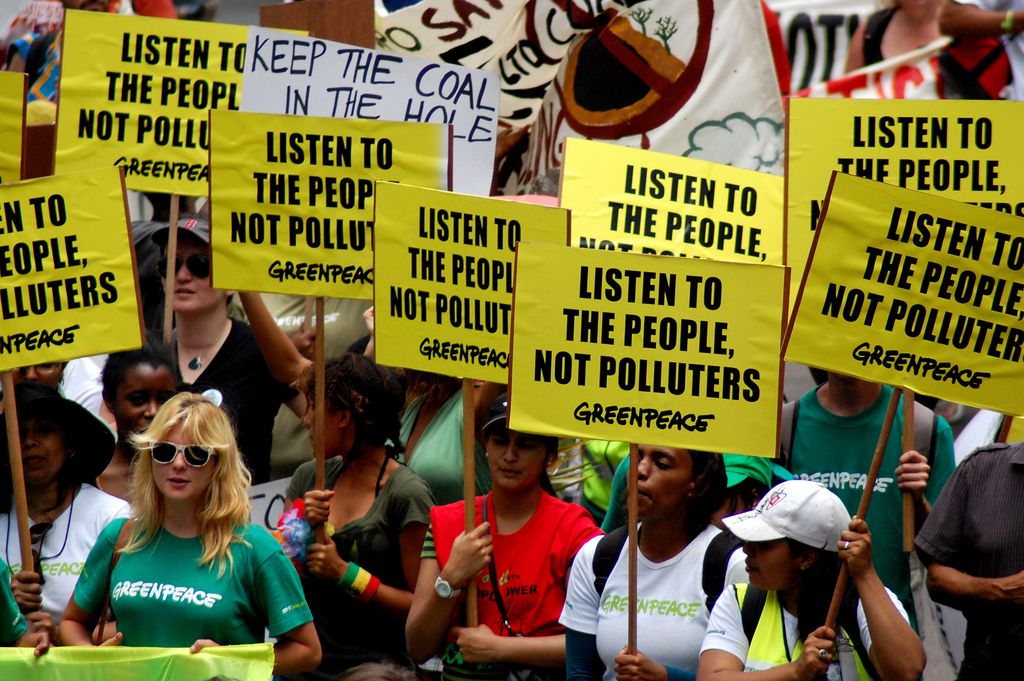 In solidarity with the millions of people already feeling the impacts of climate change, hundreds of people protested in the halls of the United Nations Climate Talks Dec. 9 to demand that nations not sign a “death sentence” in Durban, South Africa.

The march filled the hall outside of the main negotiating room in Durban just as the afternoon round of talks were scheduled to begin. Standing side-by-side with delegates from some of the world’s most vulnerable countries, civil society representatives sang traditional South African freedom songs and chanted slogans like, “Listen to the People, Not the Polluters.”

“We are all the people of Africa. We are all people of the islands,” said Kumi Naidoo, the Durban-born executive director of Greenpeace International. Naidoo appealed directly to the U.S. to step out of the way of progress. “President Obama, do not listen to the CEOs of fossil fuel companies. Listen to the people.”

In the last 48 hours, more than 700,000 people have signed petitions calling on major emitters to stand with the nations of Africa and resist any attempts to delay climate action until 2020. The bulk of the signatures came from the global campaigning organization, Avaaz.org who called on the leaders of Brazil, China and Europe to, “Stand with Africa and face down the USA and other countries looking to wreck the climate talks and our planet.”

“The world is standing in solidarity with those here in Durban who are taking action,” said Avaaz senior campaigner Iain Keith. “The climate talks have just a few hours to go, and the future of Africa and the planet hangs in the balance. History will judge these negotiators based on the decisions they make tonight.”

As of 3:30 p.m. Durban time on Dec. 9, protesters still filled a hallway of the conference center, singing, chanting and listening to speeches from activists and representatives from around the world. It is unclear whether security will allow the gathering to proceed throughout the day or clear the area.

“Any agreement to delay real climate action until 2020 would be a death sentence for millions of people in Africa and around the world,” said Landry Ninteretse of the international climate campaign 350.org. “We are tired of waiting for progress.”