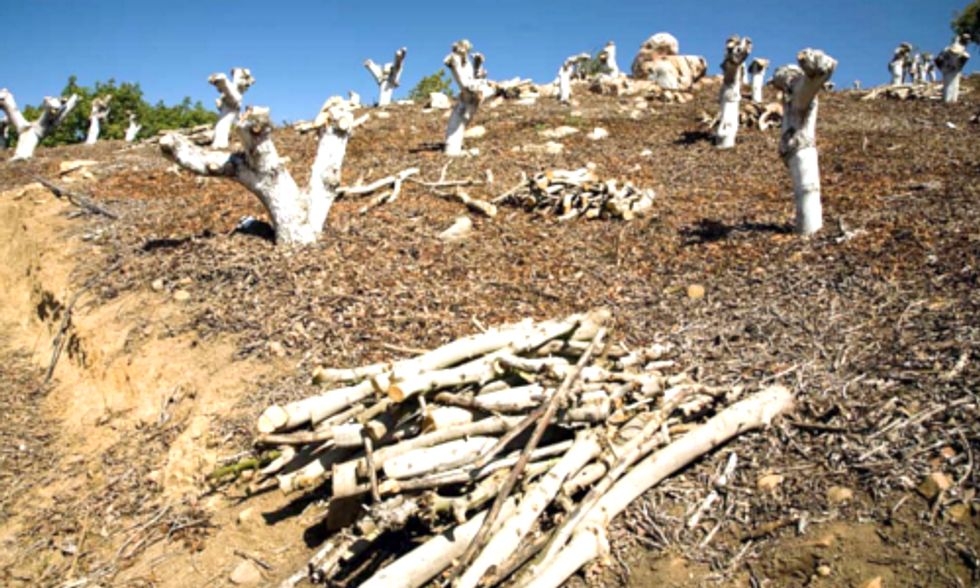 Some of the nation's most successful businesses are located in California, and they are also among the most concerned about the state's worst drought in centuries.

As a result, they have signed the Climate Declaration, a call to action urging federal and state legislators to address climate change.

The list of new signatories includes the likes of Apple, Clif Bar & Co., The North Face, Patagonia, SolarCity, Levi Strauss & Co. and several more. CleanTech San Diego is also on board and brings more than 800 technology companies with it as a trade association. The companies made the announcement today at at the U.S. Climate Leadership Conference at the Hyatt Regency Mission Bay in San Diego.

The Declaration has been signed by 750 companies, including more than 140 in California, since it was drafted last year, but Ceres and BICEP—the Business for Innovative Climate & Energy Policy—hope today's big names sent an even bigger message.

"The 140-plus California companies [that] have signed the Climate Declaration see the financial upside of tackling climate change today, both for their own bottom lines and the overall economy," said Anne Kelly, director of policy and BICEP at Ceres. “We welcome them, invite others to come on board and applaud the state of California for its bold steadfast leadership on climate and energy policy."

Two weeks ago, President Barack Obama announced a $1.2 billion aid package for farmers, ranchers and communities in California and other states impacted by devastating droughts and snowstorms in the past year. The Declaration signatories also have their share of supporters within California's general assembly.

“Climate change is causing more frequent extreme weather that is harming businesses and our economy," State Rep. Scott Peters, D-52, said. "I am proud to stand with this coalition of forward-thinking businesses who are seizing this economic opportunity to prepare for the negative effects of a changing climate while also advocating for concrete actions to be better stewards of our environment.”

Above all, the coalition is looking to spur clean energy solutions to fight climate change. Many of the names on the declaration have made significant strides in recent years, adding to the state's tax and job bases. For example, Sungevity, a Bay-Area based solar provider whose workforce has grown from four to about 400 since 2007.

The companies are encouraging legislators to support the innovation of new technologies and policies that are aimed at battling climate change.

"We cannot risk our kids’ futures on the false hope that the vast majority of scientists are wrong," the Declaration reads. "But just as America rose to the great challenges of the past and came out stronger than ever, we have to confront this challenge and we have to win."

The coalition estimates that 70 percent of the signatories with more than $100 million in annual revenues have lobbied on Capitol Hill, sent letters or engaging with the public about climate change via social media.

“We see the dire impacts of climate change happening now,” said Hans Cole, environmental campaigns and advocacy manager at Patagonia said. “California’s decreased snow pack in the mountains and corresponding water scarcity will affect everyone. But, there is an opportunity to spur innovation, shift policy and steer a different course.

"We will continue to support this movement and effective solutions at the state and federal levels.”

The record breaking drought has taken a tremendous toll on the state of California. Below is a photo essay compiled by Earthjustice: