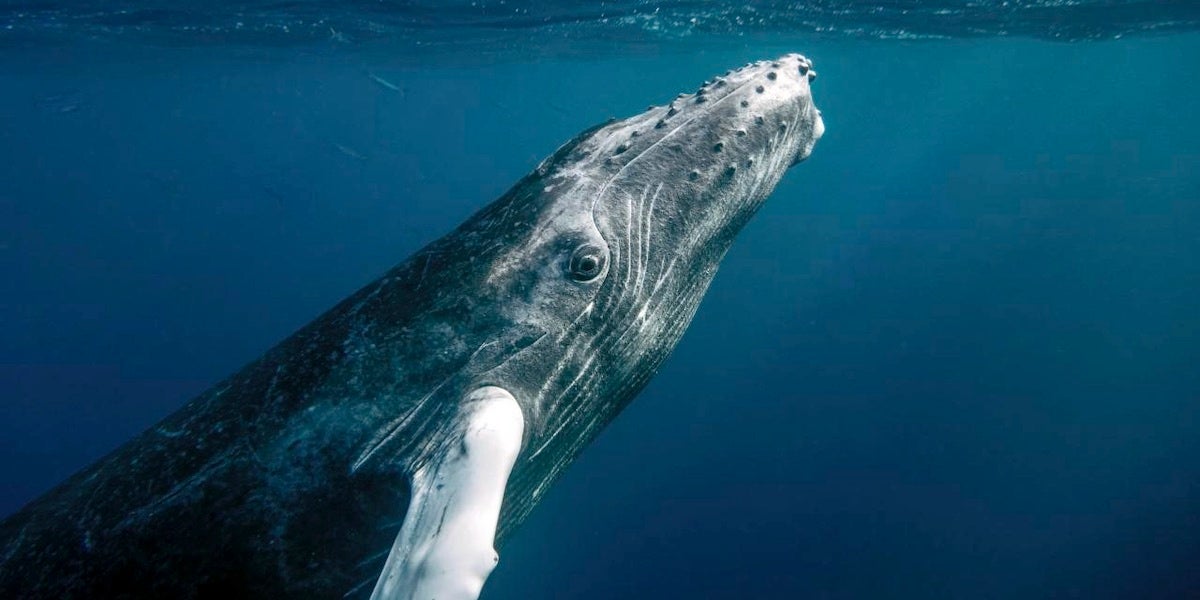 Male humpback
whales are known for their evocative songs, but their classic melodies are being shortened or silenced in reaction to shipping noise, Japanese researchers found.

Baleen whales such as humpbacks use songs to communicate, search for food, find mates and navigate the seas,but in Japan, their voices are being drowned out by the din of cacophonous human activity.

The new
study, published Wednesday in the journal PLOS ONE, adds more evidence that human-generated noise pollution interferes with marine life. Our
oceans are getting noisier due to increasing human activity, including shipping, military sonar, underwater construction and seismic blasts for oil and gas. Scientists have previously found that these auditory onslaughts can threaten the health and lives of various sea creatures.

In the new study, researchers from Ogasawara Whale Watching Association and Hokkaido University in Japan used underwater recorders to examine how the noise of a single passing ship affects humpback whalesongs around the Ogasawara Islands. From February to May 2017, they recorded the singing of one to three whales per day, and 26 singers in total.

“This study presents a really special and unique situation,”
Rosalind Rolland, a whale expert and veterinarian at the Anderson Cabot Center for Ocean Life at the New England Aquarium who did not participate in the research, explained to NOVA. “It’s very difficult to find anywhere in the ocean where there is just a single source of ocean noise. Most times there is noise from all directions.”

After listening to the recordings, the researchers determined that fewer male humpbacks sang within 500 meters of the shipping lane than elsewhere when a ship passed through the remote area. Whales within 1,200 meters tended to temporarily reduce singing or stop altogether after the ship passed. Most of those whales that stopped singing did not resume their songs until at least 30 minutes after the ship passed.

“Humpback whales seemed to stop singing temporarily rather than modifying sound characteristics of their song under the noise, generated by a passenger-cargo liner,” the authors wrote in the paper. “Ceasing vocalization and moving away could be cost-effective adaptations to the fast-moving noise source.”

For instance,”if [whales] have to wait in order to communicate, then they might not be able to breed and so that has reproductive consequences,” Fire explained.

The noise could also push the whales from their habitats, and force them to resettle in areas “where they may be chasing food that moves too fast, or that doesn’t have high enough nutritional content,” Fire added. “And usually energy intake is what makes or breaks animal survival.”