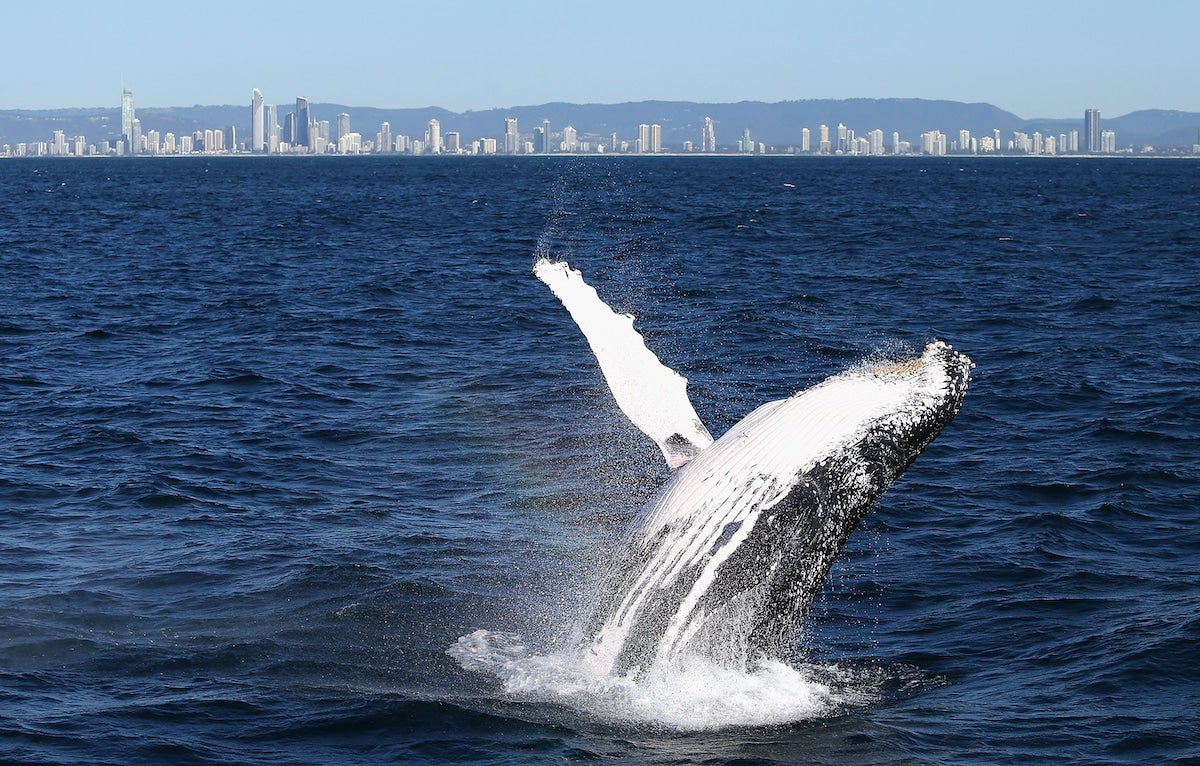 Known for their impressive acrobatic abilities and melodic whale songs, humpback whales can grow up to about 55 feet, with pectoral flippers running about a third of their bodies, according to Whale and Dolphin Conservation. These monumental yet graceful whales use their flippers and tails to slap the water, creating dramatic splashes that delight whale watchers.

Seeing these majestic whales breach the water is an unforgettable sight, and one that whale watchers off the east coast of Australia are enjoying earlier than usual this season, as a thriving humpback whale population migrates north from Antarctica to the Great Barrier Reef, reported The Guardian. The migration route is referred to as the “humpback highway.”

According to the Director of the Oceania Project Dr. Wally Franklin, sightings have already been reported off the coast of Sydney, Byron Bay, Merimbula, the Gold Coast and other locations along the whales’ migration route in an early start to the season, which usually sees its peak at the end of June into July.

“Around 20 years ago we’d get the first one or two whales coming through about Easter time, but there was around an eighth of the number of whales that there are now,” said professor Mike Noad, director of the Centre for Marine Science at The University of Queensland, as The Guardian reported. “So one or two at Easter time now becomes 16 or 30.”

“All we had to do was stop killing them, we haven’t done much else apart from leaving them alone,” Noad said, as reported by The Guardian.

From the 1990s to 2015, the humpback population increased by ten percent each year, according to Franklin, which was a surprise to researchers.

But the gentle whale continues to face threats from humans and natural predators.

“[T]hey can become entangled in fishing gear or be struck by ships. Scientific whaling, pollution, climate change, ocean noise and unsustainable tourism may also affect the population. Humpback calves stay with their mothers for 11–12 months before becoming independent. During this time, the biggest threat they face is attack by killer whales or sharks,” the website for Australia’s Department of Agriculture, Water and the Environment stated.

Once the humpback whale population was determined to have reached a healthy level, major surveys were defunded by the federal government, with the last being conducted in 2015, The Guardian reported. Humpbacks were removed from Australia’s list of threatened species in February of this year. But Noad said it wasn’t known if humpback whale numbers were sustainable, and that surveys were necessary to know what impact pollution, the climate crisis and other threats were having on these virtuosos of the sea.

Franklin said evidence has been found that whales from other Pacific locations have been drawn to eastern Australia, as The Great Barrier Reef is an ideal place for humpback whales to breed.

“The benefit of it is that whale watchers along the coast of New South Wales and Queensland get to start seeing the whales earlier, and they’ll see them longer,” said Franklin, as reported by The Guardian.