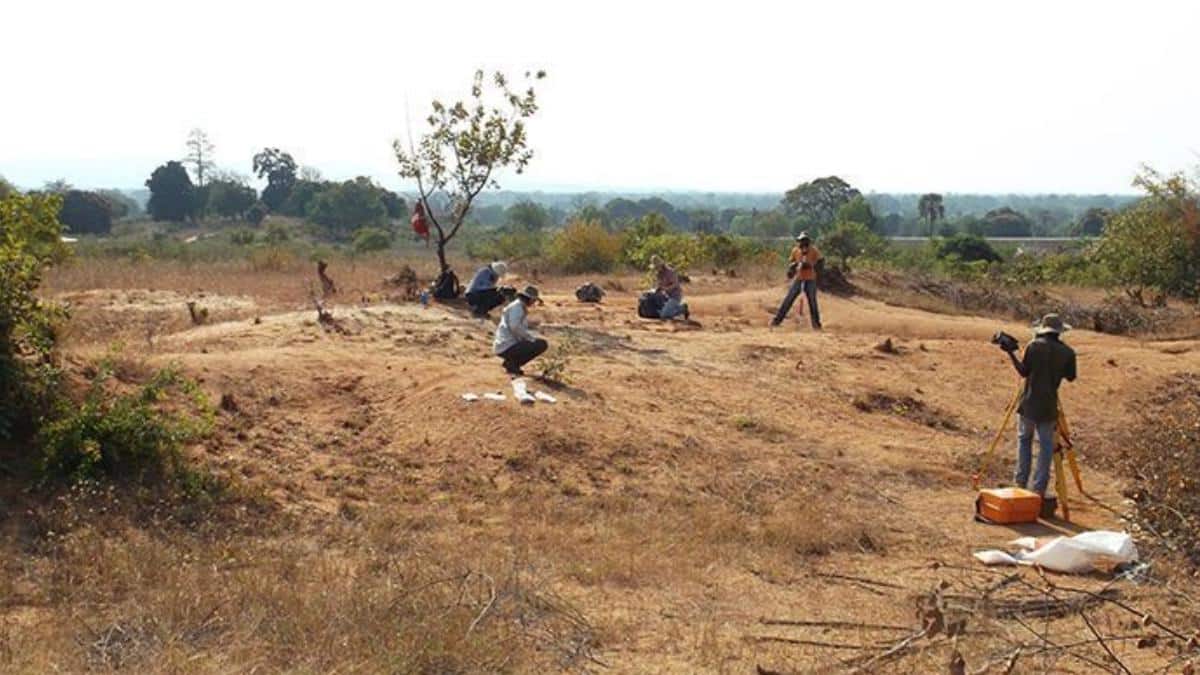 More evidence has emerged that humans have been altering the environment for much longer than the current climate crisis.

A new study published in Science Advances Wednesday found evidence that humans used fire to change the landscape around Lake Malawi in Africa as early as 92,000 years ago.

“This is essentially what we call the earliest anthropogenic landscape on Earth,” study coauthor and University of Oslo archeology professor David Wright said in a press release.

The finding was the result of a collaboration between scientists who study ancient ecosystems and scientists who study ancient humans, Scientific American explained. In 2018, Pennsylvania State University paleoecologist and study coauthor Sarah Ivory published a study on climate conditions around Lake Malawi over the past 636,000 years. Pollen, fossil, and sediment records showed that forests would grow around the lake during wet periods and disappear during dry periods. This remained unchanged until around 86,000 years ago. At this point, the forest returned briefly during the wet period, only to suddenly fade and shift into grassland along with some fire resistant tree species.

Yale University paleoanthropologist Jessica Thompson was also working around Lake Malawi. She told Ivory about a spike in human artifacts around 92,000 years ago, suggesting that humans had moved to the area. Investigating further, the researchers found increasing evidence of charcoal deposits in cores drilled from the lake bed following human arrival. Could humans have burned down the forests and permanently altered the vegetation?

“Hunter-gatherers who go after hooved mammals can find it hard to hunt prey when it’s in a closed tree environment. So we suspect the humans who arrived in the Karonga district [around Lake Malawi] started burning down the forest to open the landscape for hunting,” Wright explained in the University of Oslo release. “It may also have provided new foods like starchy tubers that like to grow in open areas.”

There are other possible explanations, Thompson acknowledged in a Yale University press release. It is possible that the fires were not lit intentionally, but were started accidentally. The charcoal could just come from smaller fires lit for cooking or warmth.

But, either way, it shows that humans have long had a transformative impact on their environments.

“One way or another, it’s caused by human activity,” Thompson told Yale. “It shows early people, over a long period of time, took control over their environment rather than being controlled by it. They changed entire landscapes, and for better or for worse that relationship with our environments continues today.”

Though it dates from the earliest point, the study is not the first to present data that hunter-gatherers altered landscapes with controlled burns. Other evidence has emerged from 50,000 years ago in Borneo, 45,000 years ago in New Guinea and 40,000 years ago in Australia, Scientific American pointed out.

For Wright, this may set back the date for the Anthropocene — the term for when human presence and activity altered the geologic record. On local levels, Wright says, this process began tens of thousands of years ago.

“Wherever humans are, we transform landscapes because of our natural vulnerabilities as a species,” Wright told the University of Oslo. “We cannot manage landscapes without changing them.”