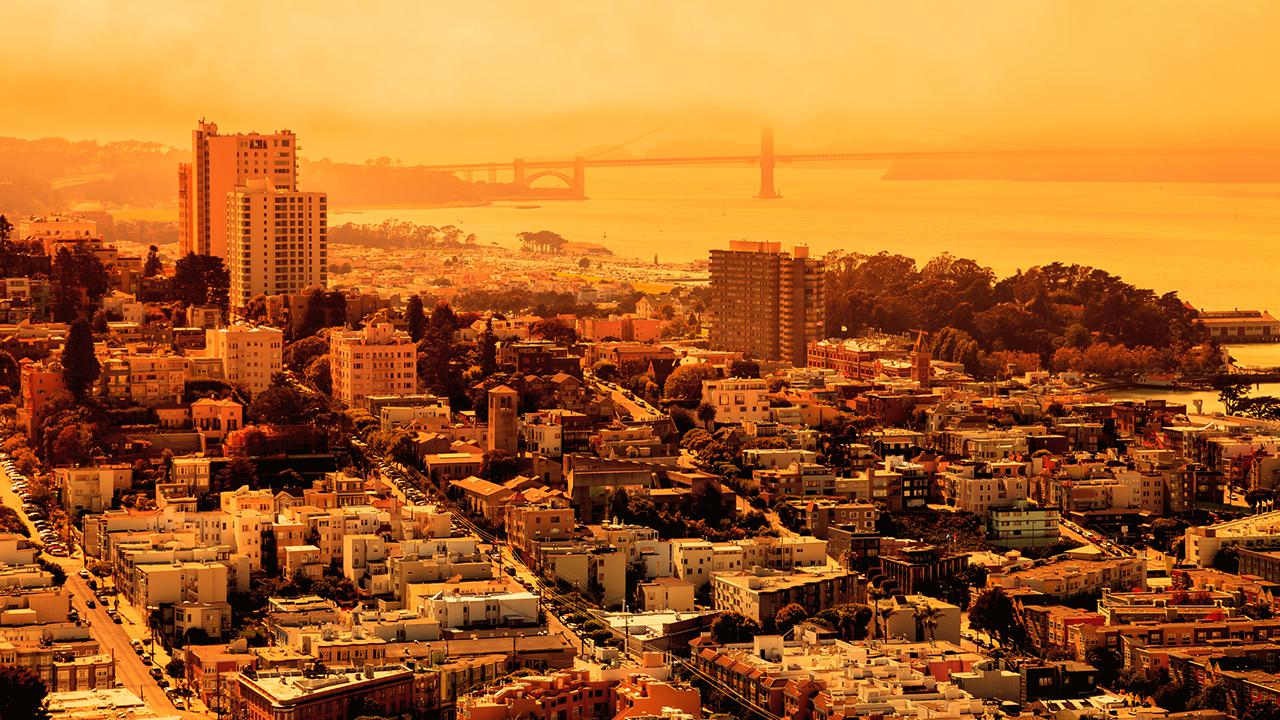 In an example to the rest of the scientific community and an effort to wake up people — particularly policymakers — worldwide, 17 scientists penned a comprehensive assessment of the current state of the planet and what the future could hold due to biodiversity loss, climate disruption, human consumption and population growth.

“Ours is not a call to surrender — we aim to provide leaders with a realistic ‘cold shower’ of the state of the planet that is essential for planning to avoid a ghastly future,” according to the perspective paper, co-authored by experts across Australia, Mexico, and the United States, and published in the journal Frontiers in Conservation Science.

Co-author Paul R. Ehrlich of Stanford University’s Center for Conservation Biology — who has raised alarm about overpopulation for decades — told Common Dreams his colleagues “are all scared” about what’s to come.

“Scientists have to learn to be communicators,” said Ehrlich, citing James Hansen’s warning about the consequences of “scientific reticence.” Hansen, a professor at Columbia University’s Earth Institute and former director of the NASA Goddard Institute for Space Studies, testified to Congress about the climate crisis in 1988.

Ehrlich was straightforward about how “extremely dangerous things are” now and the necessity of a “World War II-type mobilization” to prevent predictions detailed in the paper: “a ghastly future of mass extinction, declining health, and climate-disruption upheavals (including looming massive migrations), and resource conflicts.”

“What we are saying might not be popular, and indeed is frightening. But we need to be candid, accurate, and honest if humanity is to understand the enormity of the challenges we face in creating a sustainable future,” said co-author Daniel T. Blumstein of the Institute of the Environment and Sustainability at the University of California, Los Angeles, in a statement about the paper.

“By scientists’ telling it like it is, we hope to empower politicians to work to represent their citizen, not corporate, constituents,” he said in an email to Common Dreams.

The paper, Ehrlich and Blumstein pointed out, comes in the midst of the coronavirus pandemic — which, according to Johns Hopkins University, has killed nearly two million people. Over the past year, the Co-19 crisis has provoked calls for humanity to end its destruction of the natural world to prevent future public health catastrophes.

“We’re all seeing the shocks to our global systems now from Covid and the rise of authoritarian leaders,” Blumstein said. “Because our current ways of life are ecologically unsustainable (we’re living in an ecological Ponzi scheme), we fully anticipate more — and more deadly — pandemics in the future. We expect civil unrest, wars, and famines. We are all shaken by the likelihood of the collapse of civilization as we know it.”

This is not the new normal. This emergency will continue to get exponentially worse if we maintain the status quo.https://t.co/xRIG0NHzwy

The new warning from scientists, Blumstein noted, cites over 150 other papers “documenting the diverse and shocking decline in biodiversity and planetary ‘health’ and their consequences.” Among the cited sources is a World Wide Fund for Nature (WWF) report that in September revealed an “average 68% decrease in population sizes of mammals, birds, amphibians, reptiles, and fish between 1970 and 2016.”

“In the midst of a global pandemic, it is now more important than ever to take unprecedented and coordinated global action to halt and start to reverse the loss of biodiversity and wildlife populations across the globe by the end of the decade, and protect our future health and livelihoods,” WWF International director general Marco Lambertini said at the time.

The co-authors — including William J. Ripple of Oregon State University, who last year led thousands of scientists in declaring a climate emergency and earlier this month led a call for “a massive-scale mobilization to address the climate crisis” — echoed Lambertini’s message while also underscoring the importance of increasing awareness about what’s actually needed.

“Humanity is causing a rapid loss of biodiversity and, with it, Earth’s ability to support complex life. But the mainstream is having difficulty grasping the magnitude of this loss, despite the steady erosion of the fabric of human civilization,” the paper says.

Biodiversity is the thread of life on Earth.

Learn more about what #biodiversity is and why it matters for all of us in #GBO5.

“In fact, the scale of the threats to the biosphere and all its lifeforms is so great that it is difficult to grasp for even well-informed experts,” said lead author Corey Bradshaw of Australia’s Flinders University in a statement. “The problem is compounded by ignorance and short-term self-interest, with the pursuit of wealth and political interests stymieing the action that is crucial for survival.”

The paper explains that “while suggested solutions abound, the current scale of their implementation does not match the relentless progression of biodiversity loss and other existential threats tied to the continuous expansion of the human enterprise.” According to its authors, “That we are already on the path of a sixth major extinction is now scientifically undeniable.”

Highlighting estimates that the human population will near 10 billion by 2050, the scientists lay out how “large population size and continued growth are implicated in many societal problems,” from food insecurity, soil degradation, biodiversity loss, and an increased chance of pandemics, to crowding, joblessness, deteriorating infrastructure, and bad governance.

The paper also details the planetary impacts of dirty energy and carbon-intensive food production, and says that “while climate change demands a full exit from fossil fuel use well before 2050, pressures on the biosphere are likely to mount prior to decarbonization as humanity brings energy alternatives online.”

A section on failed international goals declares that “stopping biodiversity loss is nowhere close to the top of any country’s priorities, trailing far behind other concerns such as employment, healthcare, economic growth, or currency stability.”

“The dangerous effects of climate change are much more evident to people than those of biodiversity loss, but society is still finding it difficult to deal with them effectively,” the scientists note, while decrying “utterly inadequate” efforts by governments to even try to meet the targets of the landmark Paris climate agreement.

They further decry the recent rise of right-wing, anti-environment agendas in countries including Australia, Brazil, and the United States — which recently denied President Donald Trump a second term. Ehrlich expressed hope that President-elect Joe Biden will work to deliver on the climate promises he made as a candidate.

Biden’s vow to rejoin the Paris agreement “is positive news,” but “it is a minuscule gesture given the scale of the challenge,” Ehrlich said in a statement.

The president-elect “is moving in the right direction,” Ehrlich told Common Dreams, pointing to the selection of former Secretary of State John Kerry as his climate envoy. However, “the Paris goals are increasingly looking inadequate,” and “Biden’s political opportunities to do anything major may be greatly constrained,” he added.

What can Joe Biden do on climate change once he takes office?@DashaBurns looks into what he can accomplish with executive orders and where there may be setbacks in Congress or the Supreme Court.#WhatCanBidenDo?

Blumstein stressed that “recycling, using less plastic, eating less meat, taking public transportation, and flying less, while all important, will simply not create the rapid change we need now to save much of the Earth’s biodiversity and our lives.”

According to Blumstein, “We need rapid political change.”

He urged voters to elect leaders who will end fossil fuel use as well as “eliminate perpetual economic growth and properly price externalities so that the environmental costs are built into the price of a product.” He also emphasized the importance of access to education and reproductive control, and the need to rein in corporate lobbying and enact campaign finance reform so politicians serve citizens’ needs.

“Ultimately,” Blumstein added, “we must focus on making equity and well-being society’s goals — not the constant accumulation of more junk.”

In their paper, the UCLA scientist and his 16 co-authors “contend that only a realistic appreciation of the colossal challenges facing the international community might allow it to chart a less-ravaged future.”

It is “incumbent on experts in any discipline that deals with the future of the biosphere and human well-being to eschew reticence, avoid sugar-coating the overwhelming challenges, ahead and ‘tell it like it is,'” they conclude. “Anything else is misleading at best, or negligent and potentially lethal for the human enterprise at worst.”