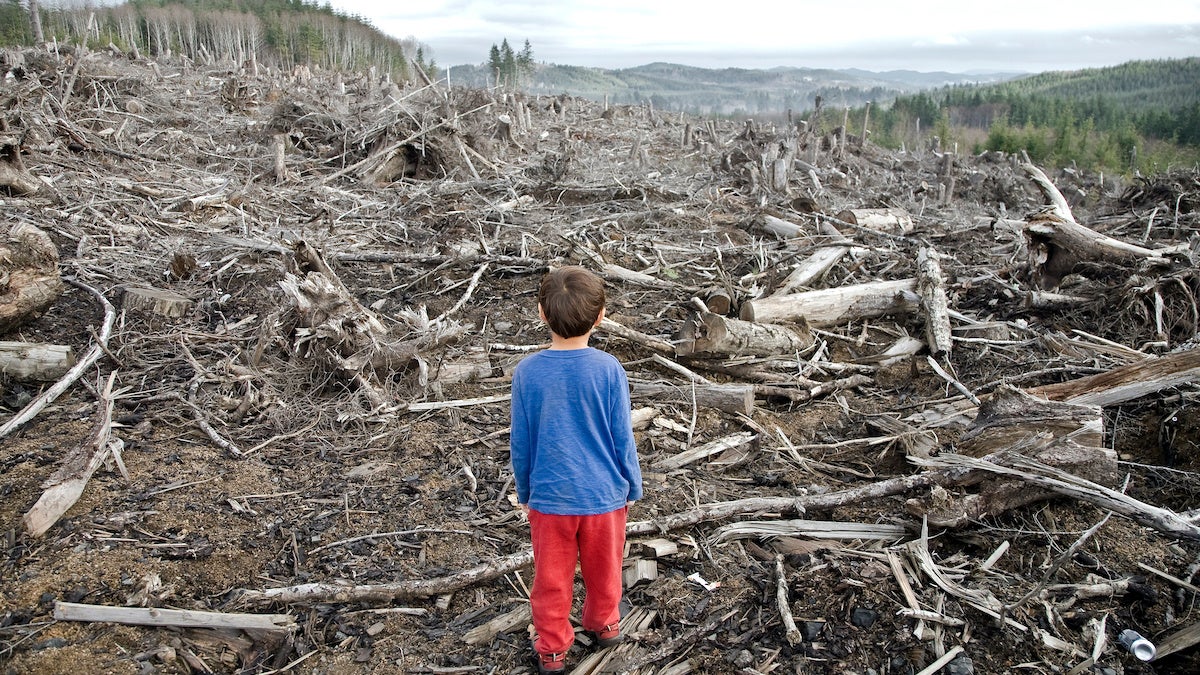 Scientists say it will take a massive amount of collective action to reverse deforestation and save society from collapse. Big Cheese Photo / Getty Images Plus

Deforestation coupled with the rampant destruction of natural resources will soon have devastating effects on the future of society as we know it, according to two theoretical physicists who study complex systems and have concluded that greed has put us on a path to irreversible collapse within the next two to four decades, as VICE reported.

The research by the two physicists, one from Chile and the other from the UK, was published last week in Nature Scientific Reports. The researchers used advance statistical modeling to look at how a growing human population can cope with the loss of resources, mainly due to deforestation. After crunching the numbers, the scientists came up with a fairly bleak assessment of society’s chance of surviving the climate crisis.

“Based on the current resource consumption rates and best estimate of technological rate growth our study shows that we have very low probability, less than 10 percent in most optimistic estimate, to survive without facing a catastrophic collapse,” the authors write in the study abstract.

From all the issues that the climate crisis raises like rising sea levels, increases in extreme weather, drought, flooding, and crop failures, scientists zeroed in on deforestation since it is more measurable right now. They argue that forest density, or its current scarcity, is considered the cataclysmic canary in the coal mine, according to the report, as The New York Post reported.

“Many factors due to human activity are considered as possibly responsible for the observed changes: among these water and air contamination (mostly greenhouse effect) and deforestation are the most cited. While the extent of human contribution to the greenhouse effect and temperature changes is still a matter of discussion, the deforestation is an undeniable fact,” the authors write.

The authors note that the current rate of deforestation would mean that all forests would disappear within 100-200 years.

“Clearly it is unrealistic to imagine that the human society would start to be affected by the deforestation only when the last tree would be cut down,” the authors write, as the Daily Mail reported.

The trajectory of such rapid resource use to supply a rapidly growing human population would result in the loss of planetary life-support systems necessary for human survival, including carbon storage, oxygen production, soil conservation and water cycle regulation, according to the Daily Mail.

In the absence of these critical services, “it is highly unlikely to imagine the survival of many species, including ours, on Earth without [forests]” the study points out. “The progressive degradation of the environment due to deforestation would heavily affect human society and consequently the human collapse would start much earlier,” they write, as VICE reported.

“Calculations show that, maintaining the actual rate of population growth and resource consumption, in particular forest consumption, we have a few decades left before an irreversible collapse of our civilization,” the paper concludes, as VICE reported.

The model developed by the physicists depicts human population growth reaching a maximum level that is undermined by the shrinking of forests, which will not have enough resources left to sustain people. After this point, “a rapid disastrous collapse in population occurs before eventually reaching a low population steady state or total extinction … We call this point in time the ‘no-return point’ because if the deforestation rate is not changed before this time the human population will not be able to sustain itself and a disastrous collapse or even extinction will occur,” the authors write, according to VICE.

Of course, as with every theoretical paper, there are limitations. The paper assumes that some measurements (such as population growth and deforestation rate) will remain constant, which is certainly not guaranteed. Forest is also taken as a proxy for all resources, which could be seen as too simplistic, as IFLScience noted.

The authors point out that it will take a massive amount of collective action to reverse direction and save our society from collapse.