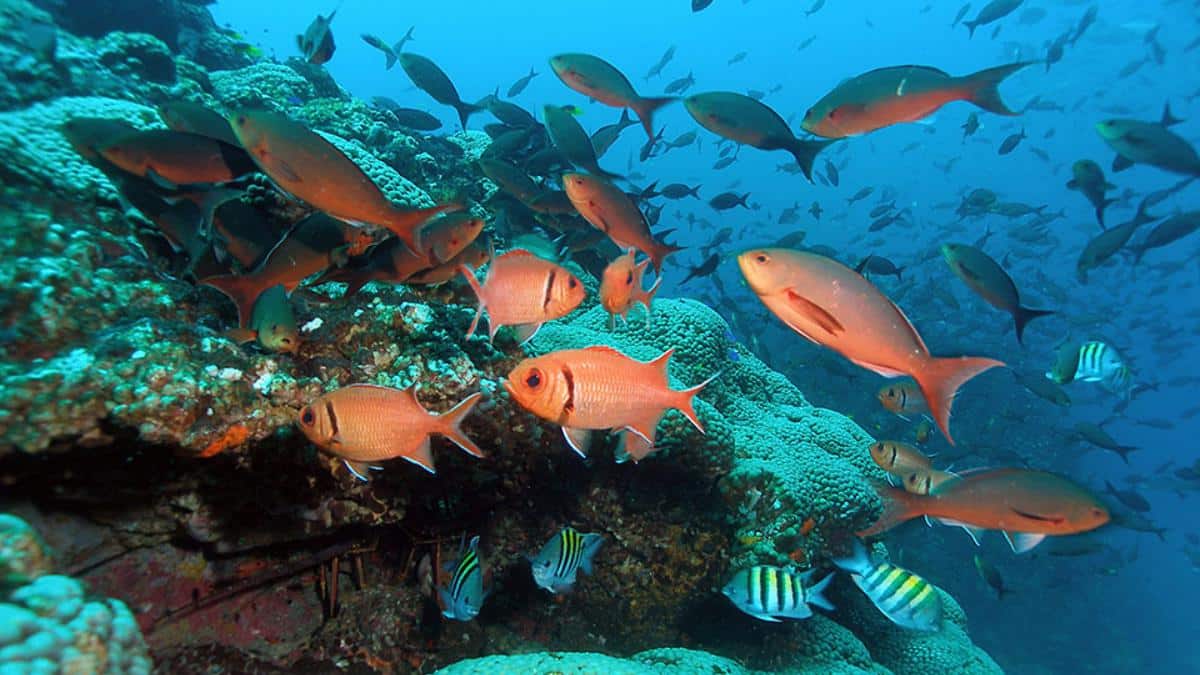 Ocean acidification and pollution are well-known threats to the world’s coral reef ecosystems. But in a recent study, scientists have uncovered an entirely new threat: human fecal bacteria.

“One thing we always thought the Flower Garden Banks were safe from was terrestrial runoff and nutrient pollution. It’s a jolt to realize that in these extreme events, it’s not just the salt marsh or the seagrass that we need to worry about. Offshore ecosystems can be affected too,” Correa added.

Flower Garden Banks National Marine Sanctuary, one of the 14 marine protected areas managed by NOAA’s Office of National Marine Sanctuaries, is home to manta rays, sea turtles, hammerheads and whale sharks, as well as “boulder-sized” brain and star corals, according to NOAA. Scientists at Rice University were originally inspired to conduct their study after recreational divers reported “murky waters” and “dead and dying organisms” in the sanctuary, Rice News reported.

In 2016, 2017 and 2018, scientists took sponge samples and found that samples from 2016 and 2017, after flooding events, contained E. coli and other human fecal bacteria. “This shows perhaps they aren’t protected from severe events. And these events are increasing in frequency and intensity with climate change,” lead author Amanda Shore said, according to ABC13. When exposed to terrestrial runoff, coral reef ecosystems can face decreased salinity and increased levels of contaminants and turbidity, the scientists wrote.

Over the past few years, Houston has not been a stranger to extreme flooding events. During the 2016 Tax Day flood, for example, 17 inches of rain fell in some places in less than a day. Hurricane Harvey also dumped an estimated 13 trillion gallons of rain over southeast Texas in August of 2017, making it the most intense rainfall event in U.S. history, ABC13 reported.

While sampling their sponges across these various flooding events, scientists found something peculiar. Although Hurricane Harvey dumped more water and was much more damaging than the Tax Day flood, the reefs fared better after Hurricane Harvey.

“We got lucky with ocean currents,” Shore said about the Hurricane Harvey floods, according to Rice News. “Instead of going straight out from Galveston Bay and over the Flower Garden Banks, the water ended up turning a bit and going down the Texas coast instead.”

As extreme flooding becomes more common in Texas due to climate change, scientists at Rice University hope to continue researching how terrestrial runoff will threaten the reefs in the long term. Correa and her team also stressed the importance of further “investment in research that follows the health and microbiomes of individual sponges and corals on the reef over time,” Rice News reported.