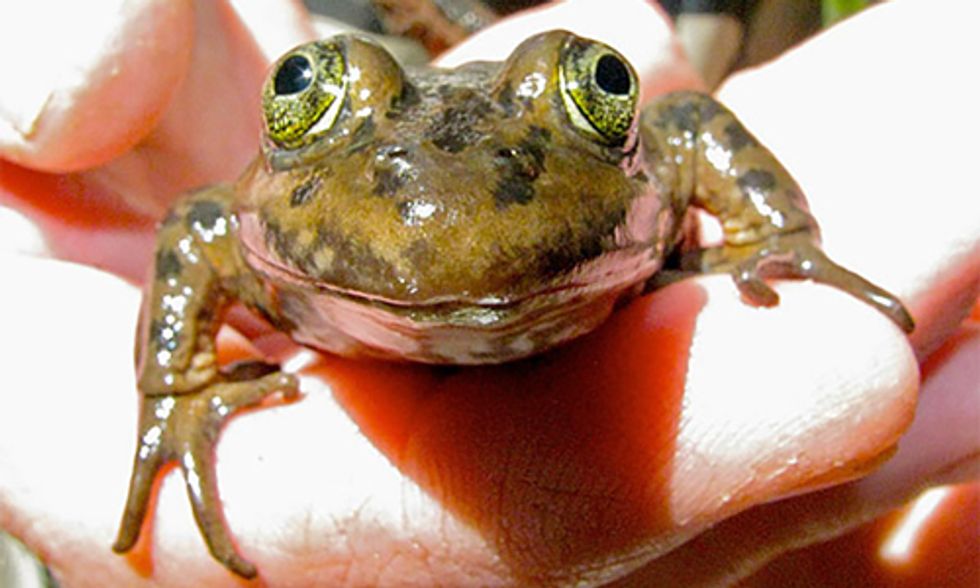 The U.S. Fish and Wildlife Service designated 65,038 acres and 20.3 river miles of critical habitat Monday for Oregon spotted frogs in Oregon and Washington. The frogs were protected as a threatened species under the Endangered Species Act in 2014 in response to a petition and lawsuit from the Center for Biological Diversity. Once abundant from British Columbia to California, spotted frogs have disappeared from 90 percent of their former range.

“This important habitat protection is good news for Oregon spotted frogs and for future generations because we can’t save endangered species without protecting their homes,” Tierra Curry, a senior scientist at the Center for Biological Diversity, said. “Protecting this critical habitat will not only benefit the frogs but will also improve the health of wetlands and rivers that benefit millions of people and a host of other wildlife species.”

The critical habitat protected for the frog is in 14 separate units in Deschutes, Jackson, Klamath, Lane and Wasco counties in Oregon and Klickitat, Skagit, Skamania, Thurston and Whatcom counties in Washington. It is illegal for federal agencies to fund or permit actions that destroy or adversely modify critical habitat.

The Oregon spotted frog once occurred throughout the Willamette Valley, Puget Trough and elsewhere. Today there are fewer than 100 known sites where the frog still survives and it is likely extirpated in California. Most remaining populations are in Oregon.

The Oregon spotted frog is 4 inches long and calls while under water. It is a highly aquatic frog and needs clean water and stable flows for egg-laying, tadpole development and adult overwintering. The species is threatened by loss of wetlands, poor river management that forces artificial flows, reduced water quality, drought, invasive species and other threats.

Worldwide, more than one-third of amphibian species are threatened with extinction.

“Amphibians have been on the planet for millions of years and when they start dying off it’s a wakeup call that we need to take better care of our resources,” Curry said.