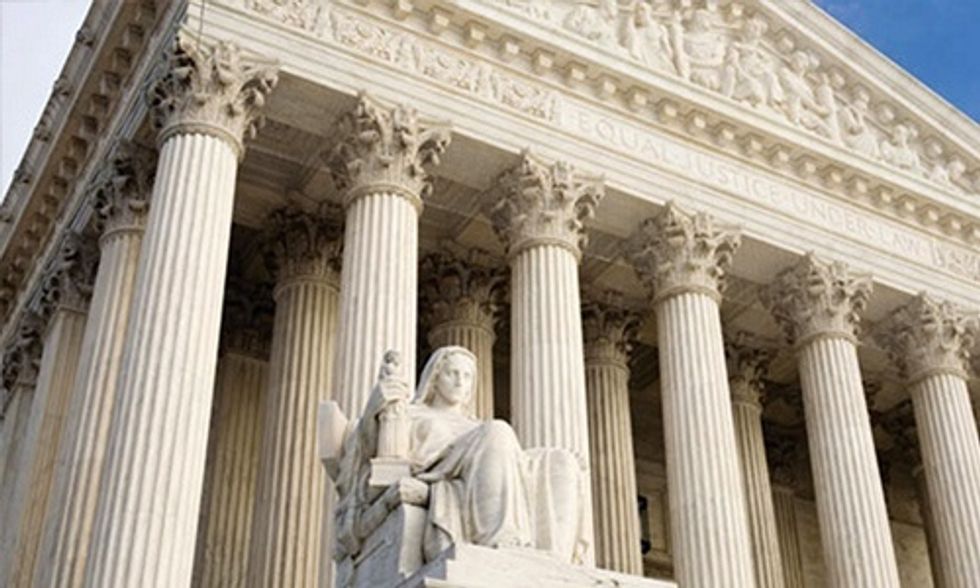 In a long-awaited decision sure to benefit our wallets and the planet, the U.S. Supreme Court Monday upheld the Federal Energy Regulatory Commission's (FERC) authority to design rules and incentives for electricity customers to get paid for reducing consumption during periods of high electricity demand. Known as "demand response," it's most often used when energy is expensive and the grid's limits are tested.

While others waited much of 2015 for the release of the new Star Wars movie, clean energy advocates were on pins and needles in anticipation of the outcome that finally arrived yesterday in FERC v. Electric Power Suppliers Association. The court's welcome decision could save customers billions of dollars, move the ball forward in the fight against climate change and remove barriers to the modernization necessary to achieve a clean, reliable and affordable grid.

How did we get here?

In 2011, FERC (the agency that regulates our country's high voltage electric transmission grid) issued a landmark rule called Order 745, which set compensation for demand response in wholesale energy markets. Under the rule, grid operators are required to pay demand response participants the same rates for reducing energy use as those paid to power suppliers for producing energy from resources like coal, natural gas and wind and solar power. FERC said the rule reflected the common sense view that "markets function most effectively when both supply and demand resources have appropriate opportunities to participate.''

The Electric Power Supply Association, which represents power plant owners who stand to lose money when energy users cut back their consumption, went to court challenging FERC's authority. In 2014, the DC Circuit sided with the power suppliers. The 2-1 appeals court decision, coming over a strong dissent, ruled that the states have exclusive jurisdiction over demand response participation in energy markets.

On the other side, FERC's order was backed by a broad set of interests that included our environmental coalition, states, utility regulators, grid operators, academics, economists and consumer groups.

The Supreme Court agreed to review the case in May 2015 and oral arguments were held that October. Natural Resources Defense Council and other environmental groups filed a brief in support of the rule.

What did the court say, exactly?

We'll provide a more in-depth legal analysis later today but at a high level, the court's decision is a big deal for the future of clean energy. Essentially, it affirms FERC's view in Order 745 that both states and the federal government, rather than the states alone, can regulate demand response resources. That shared responsibility clears the path for regional energy markets to maximize grid efficiency through demand response resources that can help to achieve a clean, affordable and reliable electric grid. The court also determined that demand response resources should be paid equally when they provide the same value that power plants supply to the grid.

Why are we so darn excited?

The high court's decision has important benefits for customers and will advance the fight against climate change, which is fueled by the carbon pollution from power plants. It bodes well for the future of our electric grid.

1. Customers continue to save money.

The decision ensures that customers won't have to sacrifice billions (yes, billions!) of dollars in savings on their electricity bills. Congress was onto something when it declared demand response a national priority in 2005, in a bill signed into law by George W. Bush. Since FERC passed Order 745, demand response has flourished in wholesale markets, keeping energy prices lower and avoiding the need to build expensive new power plants.

For example, demand response has saved electricity customers in the Mid-Atlantic region up to $9 billion in just one year.

2. We maintain a key tool in the quest to slow climate change.

As opposed to old-school, inflexible, fossil-fuel driven reliability, Reliability 2.0 is flexible, resilient and centered around a clean electric sector driven by increasing amounts of wind and solar power. The court's decision will accelerate the ongoing evolution toward this newer, better reliability paradigm.

The fast-acting demand response contributes to reliability in a way that inflexible (and usually dirty) fossil-fueled power plants simply cannot contribute. For example, during the 2014 winter polar vortex, when bitter cold drove up energy use and fossil-fueled power plants failed, demand response played a critical role in keeping the heat on and preventing power outages in the Mid-Atlantic region.

For all these reasons, we are thrilled with yesterday's decision.

Demand response is a vital tool to keeping down energy costs, preventing power blackouts and reducing harmful pollution. Yesterday's decision provides the freedom to design programs that increase demand response use to save consumers money, strengthen the grid and make it a "force" to reduce pollution.