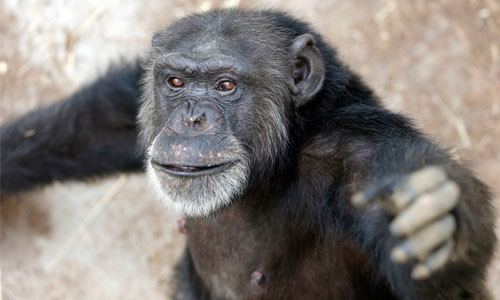 I’ve made a series of announcements in the last three years about ongoing progress in the effort to end the era of invasive experiments on chimpanzees. Here’s another, and it’s a great one. 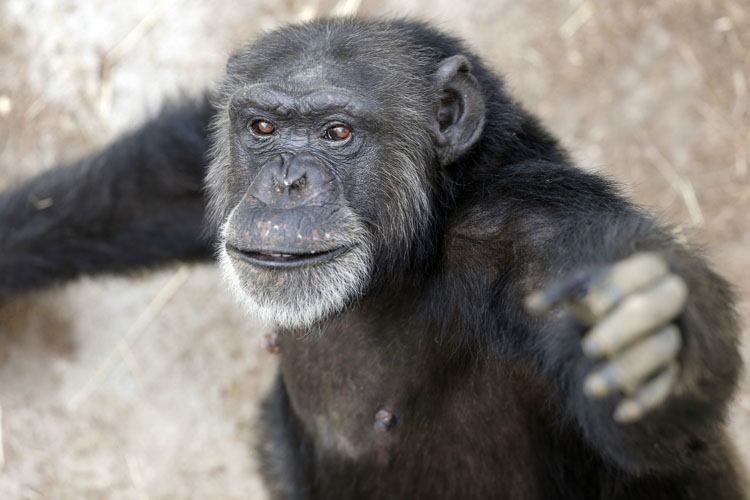 According to news reports, the NIH has determined that the 20 government-owned chimpanzees at Texas Biomedical Research Institute—the site of an HSUS undercover investigation—are going to be moved to sanctuary at Chimp Haven, the national chimpanzee sanctuary. Above, Sabrina, a chimpanzee formerly retired from the NIH to Chimp Haven. Photo credit: Brandon Wade/AP Images for The HSUS

On Nov. 18, the National Institutes of Health (NIH) announced it has scuttled plans to maintain a colony of 50 chimpanzees for research—reversing a decision the agency made a little more than two years ago. At that time, the research agency said it would end all invasive chimp experiments, but maintain 50 chimps in an “ethologically appropriate” environment in the event they were needed for research down the line. Now, we really see the agency closing and locking the door behind the chimps and throwing away the key on their way out of the laboratories.

And there’s more good news. According to news reports, the agency has also determined that the 20 government-owned chimpanzees at Texas Biomedical Research Institute—the site of a Humane Society of the United States (HSUS) undercover investigation where we uncovered dismal conditions for the primates housed there—are going to be the next group of chimpanzees moved to sanctuary at Chimp Haven, the national chimpanzee sanctuary.

Moving these chimpanzees to sanctuary is not only the right thing to do, but it will also save taxpayer dollars due to the lower cost of care. We applaud NIH director Francis Collins for his foresight in taking this action. The Institute of Medicine concluded that there are alternatives to using chimps in invasive experiments.

This latest announcement by NIH comes in the wake of enhanced federal protections under the Endangered Species Act for captive chimpanzees. The HSUS and other groups petitioned successfully for this change, and as a result any private laboratory that wishes to use chimpanzees in harmful or invasive research must obtain a permit from the U.S. Fish and Wildlife Service and show that the research would benefit wild populations. Further, any permit would be subject to public comment. Therefore, we know that as of Sept. 14, no invasive research has been conducted on chimpanzees. And, with NIH’s announcement, there’s reason to believe it will never happen again with government funding.

Approximately 700 chimpanzees remain in laboratories with around 300 owned by the federal government. But we are working on travel plans for every one of them, starting with the group at Texas Biomedical. The HSUS stands ready to work with stakeholders, including the government, Chimp Haven and other sanctuaries, laboratories, the public and other animal protection groups, to ensure all chimpanzees are retired to high-quality sanctuaries. It will take our collective action and resources to push this issue over the finish line but it is the least these chimpanzees deserve after all they have been through.

It’s rare to close out a category of animal use so emphatically. That’s exactly what’s happening here, and it’s thrilling.