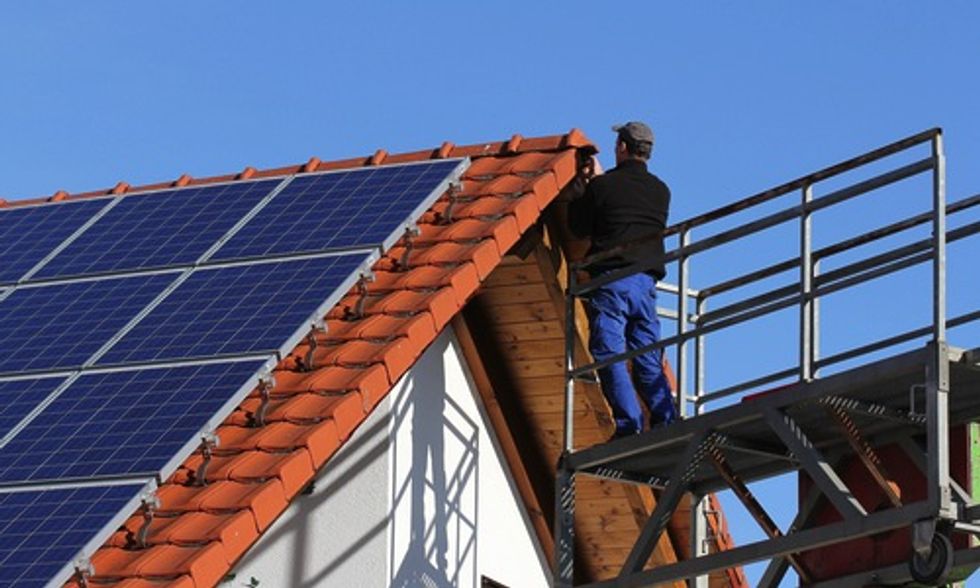 In stark contrast to the situation in Arizona, Georgia Power customers with solar panels won't be charged an extra monthly fee.

Georgia Power, the largest subsidiary of Southern Co., made that decision this week, withdrawing a proposal that would have tacked on nearly $30 a month to their utility bills if they installed panels after Jan. 1, according to The Associated Press. The state Public Service Commission can formally accept the decision at meeting on Dec. 17.

"This is a real victory for individuals and businesses that want to use technology to regain some control over their energy bills," Jason Rooks, a lobbyist for the Georgia Solar Energy Industries Association, told The Associated Press.

However, Georgia Power spokesman John Kraft told WSAV, the Savannah, GA area affiliate of NBC, that he still believes the fee is necessary and would bring it up again "at a later date." The announcement was still enough to make solar users breathe easier.

"Adding an additional tariff or tax, whatever you choose to call it, to a bill that's already high," said Julian Smith, a solar panel installer, "that would be ridiculous. It would slow the entire industry down in the state of Georgia."

“Once again, common sense—and overwhelming public support—have prevailed on the side of clean, affordable solar energy," SEIA senior vice president of state affairs Carrie Cullen Hitt said in a statement. "To its credit, Georgia Power sensed an ever-growing opposition to the proposal and has withdrawn it. We urge the Commission to formally accept this decision at its December 17 meeting."

In Ohio, legislators are evaluating a bill that would rescind five-year-old renewable energy standards. Researchers from The Ohio State University's Center for Resilience believe enacting the bill would lead to higher payments for energy customers and lost investment opportunities in the renewables sector.