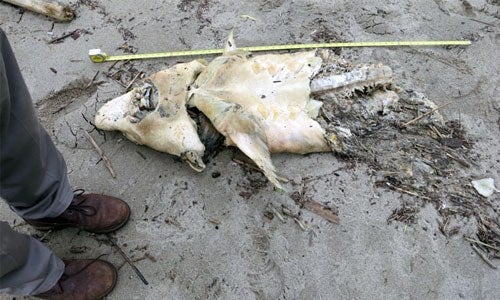 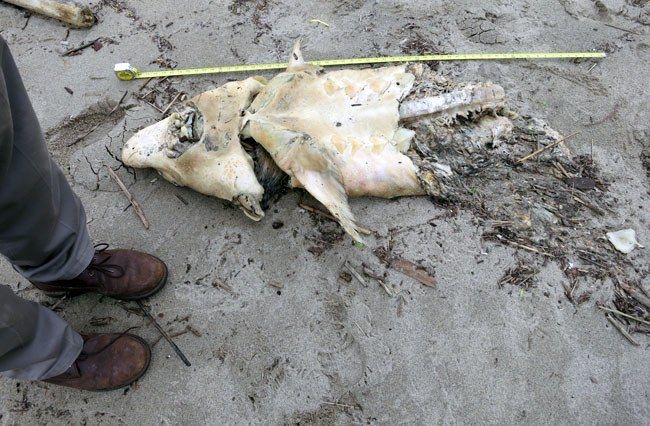 In the three-year period before construction began—2009 to 2011—a total of six sturgeon fatalities were reported throughout the estuary to the New York State Department of Environmental Conservation (DEC). In the three years after construction began—2012 to 2014—there were 76. In many cases the sturgeon were found cut in half, gashed or severed at the head or tail due to vessel strikes. Dozens more sturgeon mortalities have been reported to the DEC in 2015, bringing the total to more than 100.

The dramatic increases coincide with the start of pile installation testing in 2012; the massive dredging and pile driving work that began in 2013; and the ongoing bridge construction, involving close to 200 project vessels in and around the Tappan Zee. 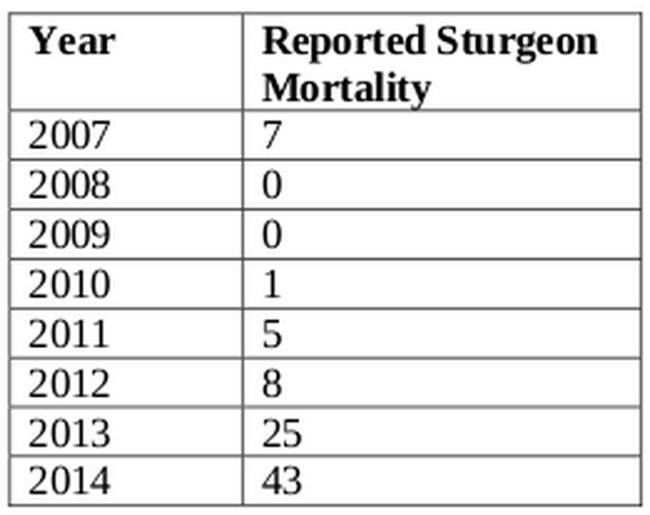 The 2013 and 2014 reports, obtained through Freedom of Information Law requests, are compiled on this Google Earth map.

Between Crotonville and Riverdale alone, 10 and 13 sturgeon mortalities were reported in 2013 and 2014, respectively. Riverkeeper noted in its petition that the Hudson River estuary is tidal, meaning a dead or injured fish could be transported north or south of the project area on the tide. Moreover, a sturgeon injured as a result of project activity might travel some distance before it ultimately dies.