In Upstate New York, a Summer of Climate Change Art 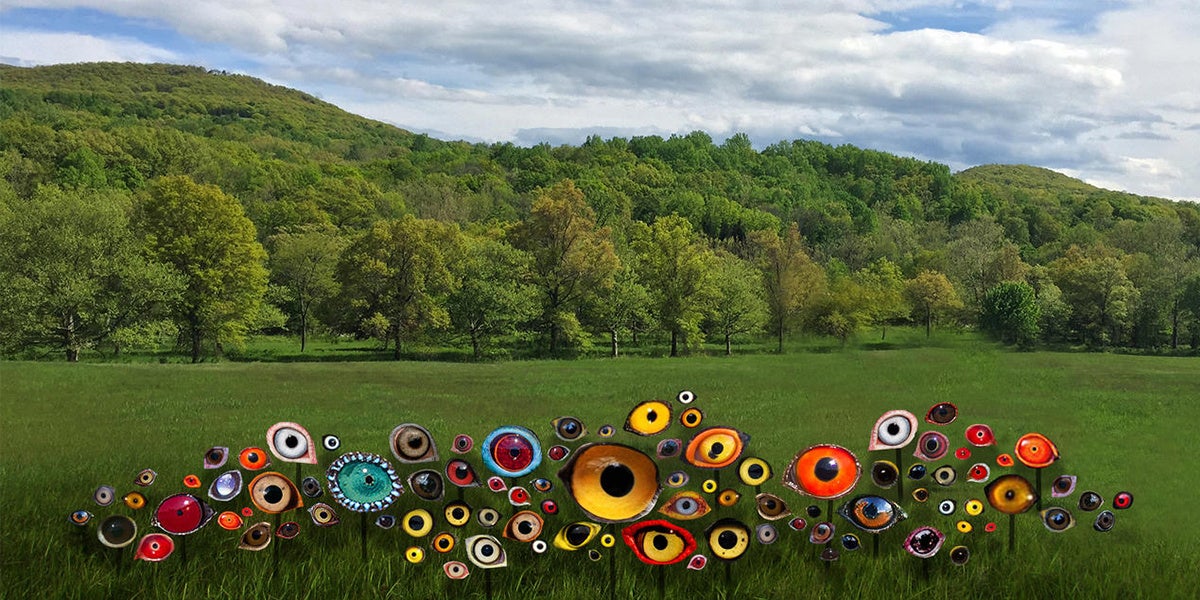 On 500 acres of woodland and rolling hills in New York’s Hudson Valley sits the Storm King Art Center. This site of former farmland and gravel quarries is studded with monumental sculptures by Modernist giants like Alexander Calder and Mark di Suvero. In a sense, you could say the center’s bucolic setting is itself a piece of work.

“One thing that we’ve always been engaged in since Storm King was founded in the 1960s is land conservation and environmental stewardship,” said curator Nora Lawrence. “It’s a little bit of untold history.”

That environmental legacy continues this spring with Indicators: Artists on Climate Change. The exhibition explores climate change’s climbing temperatures, rising sea levels, and cataclysmic weather through the personal perspectives of 17 contemporary artists. “We’re really asking them to look at it from their own interest point,” said Lawrence. “It’s going to help people see things anew.”

Surprises and provocations await throughout Storm King’s sprawling campus. In Birds Watching, Chicago-based sculptor Jenny Kendler has reproduced nearly 100 eyes of local avian species that are now facing extinction due to climate change. Made of reflective aluminum, akin to what’s used for traffic signs, the birds’ eyes fix their audience in an accusatory stare.

“They’re saying, ‘What is your responsibility, essentially, for driving my entire species to extinction?'” asked Kendler, who is also the artist-in-residence at NRDC. Ironically, the birds are also objects of beauty, according to aesthetic codes that please the human gaze. 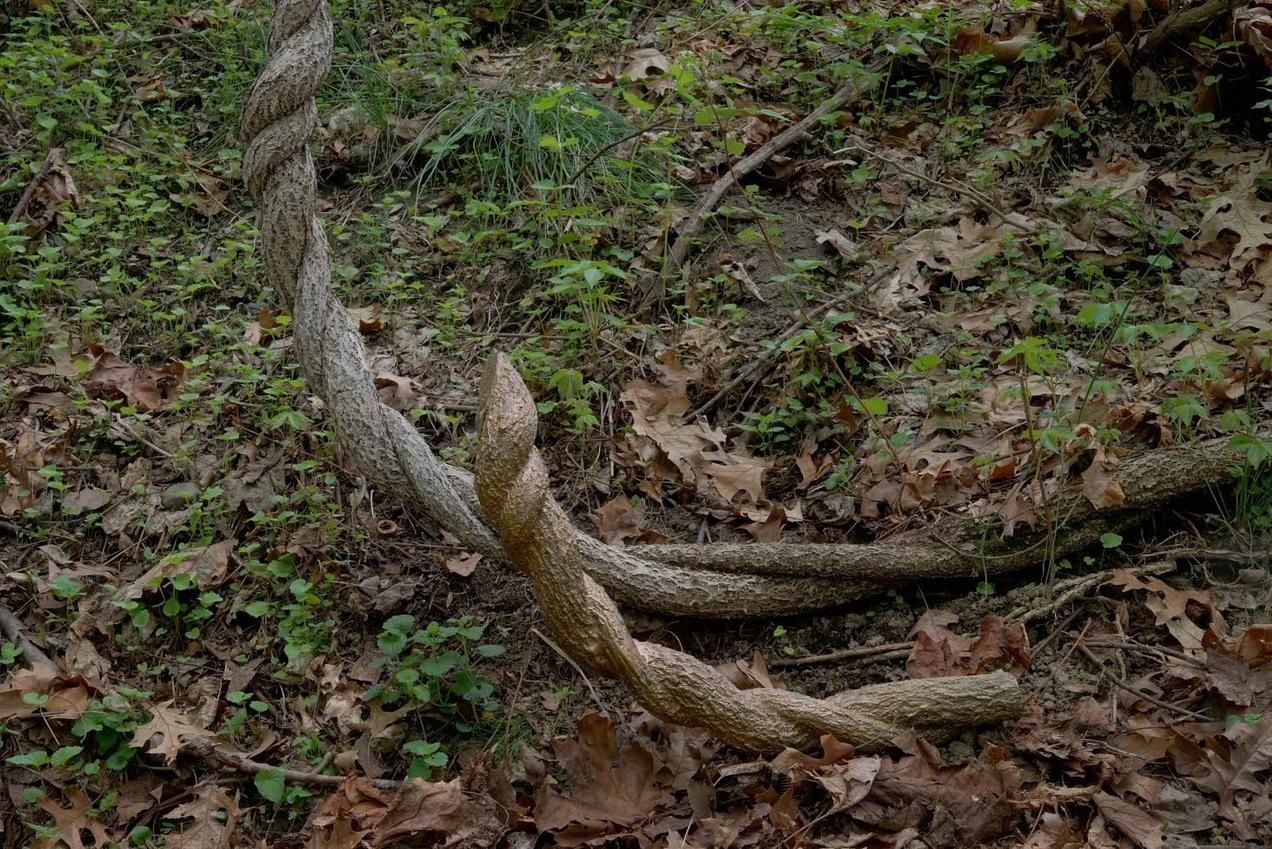 In 2013, artist David Brooks buried a tractor at Storm King as a kind of tribute to the museum’s agricultural past. For “Indicators,” he returns with Permanent Field Observations, a series of cast-bronze woodland vignettes that include rotted tree trunks and acorns perched on boulders. A map guides visitors to some of the small sculptures that are scattered around the grounds―but not all of them, illustrating the limits of scientific methodology. 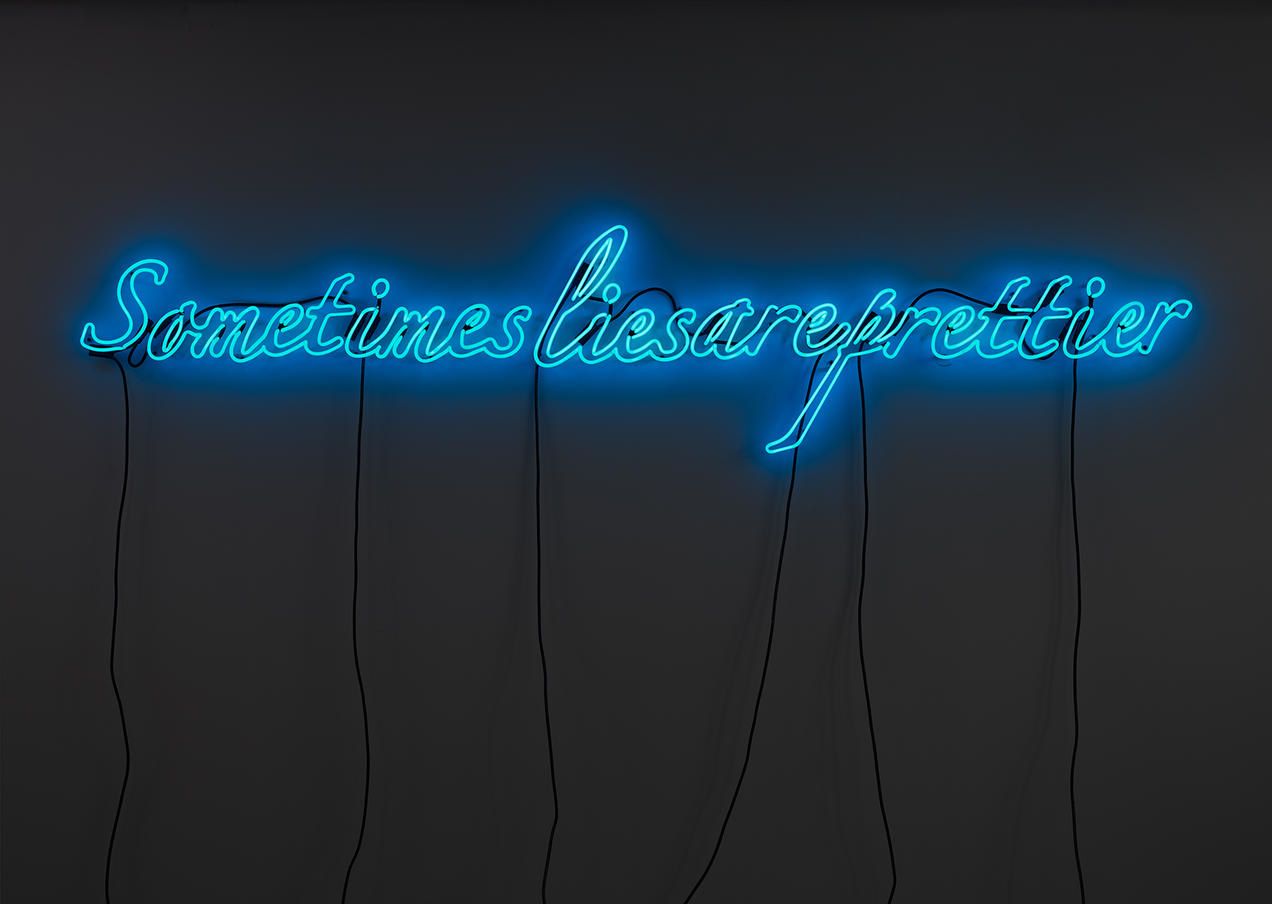 Inside a museum building, meanwhile, blue neon spells out the words “Sometimes Lies Are Prettier.” This elegant but loaded gesture by Tavares Strachan highlights the challenge of contemplating an ugly truth like climate change. Also indoors are Maya Lin’s 59 Words for Snow and Before It Slips Away. Both works resemble 3D maps of Antarctica’s disappearing ice. 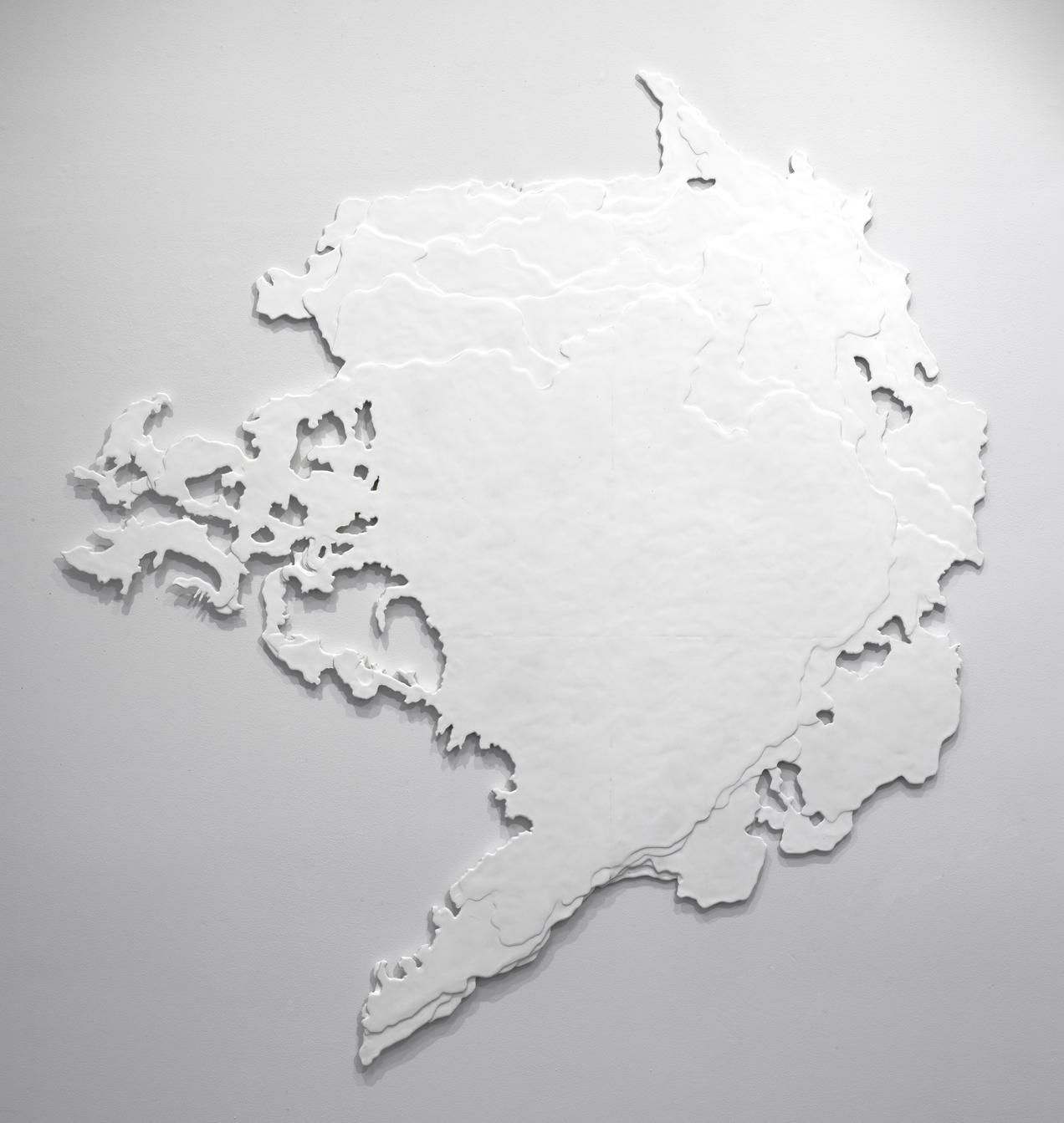 On a recent afternoon, Mark Dion was on the phone discussing his “Indicators” piece when a small animal surfaced from the lake near where the artist was standing at Storm King. “Oh! That is so funny―there’s a beaver in the lake,” he exclaimed. Turns out it was muskrat, but Dion’s moment of joy was real.

It also played into the sense of displacement he hopes to create with The Field Station of the Melancholy Marine Biologist. His lifelike rendition of an ocean scientist’s outpost, crowded with books and instruments, is nowhere near the sea. “This is a kind of meditation on how even if we are pessimistic, we’re still plugging away. We’re still trying our best,” said Dion. 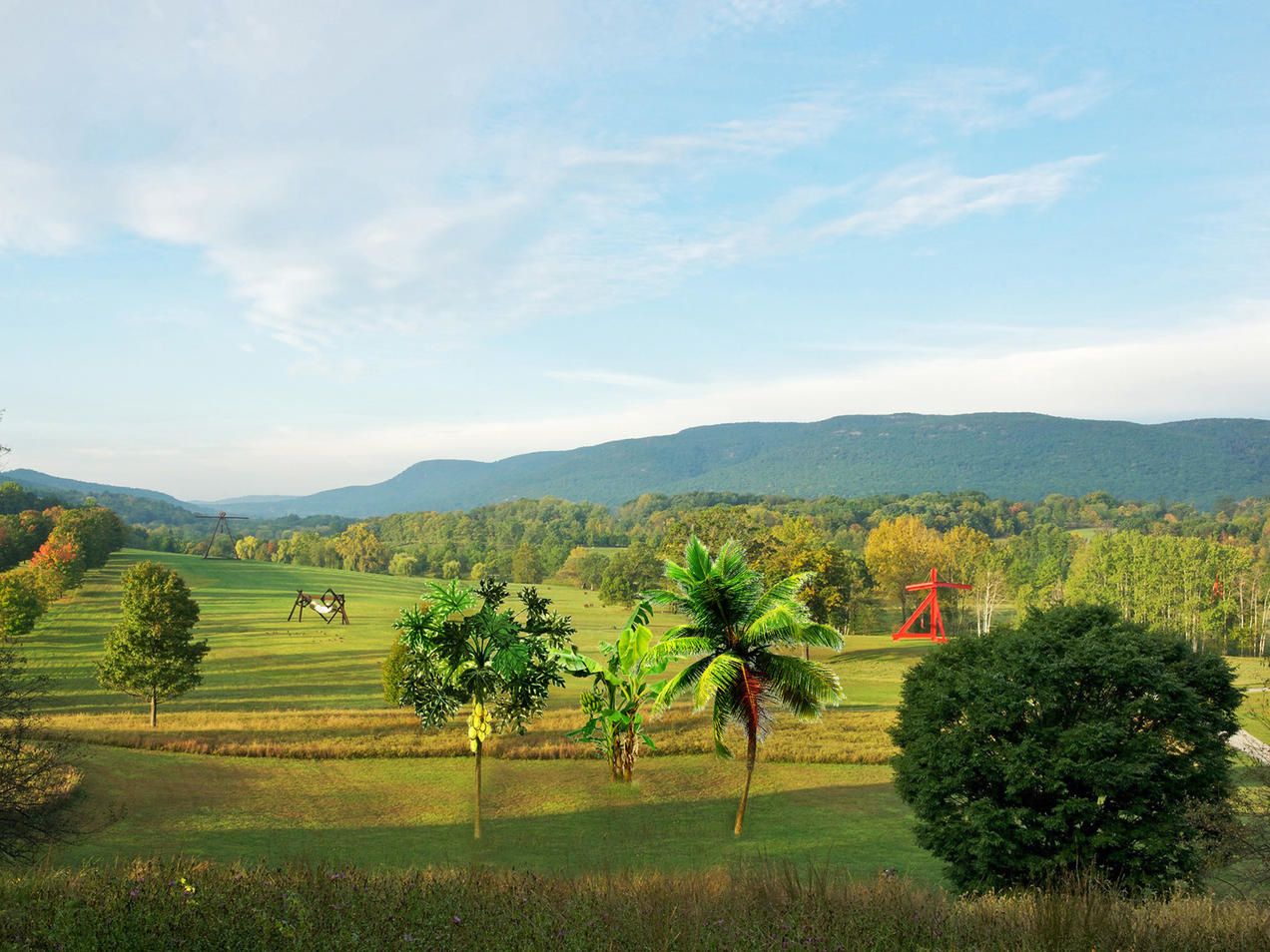 Along the Lines of Displacement: A Tropical Food Forest.Mary Mattingly / Robert Mann Gallery

That sort of resiliency is a theme found in several of the works on display, including Along the Lines of Displacement: A Tropical Food Forest by Mary Mattingly, who is best known for her Swale project, a vegetable garden on a floating barge where members of the public harvest fruits and vegetables. At Storm King, Mattingly has transplanted palm and fig trees from Florida to the cooler northeastern climate in anticipation of warming temperatures. Although these subtropical trees will likely die in New York’s current conditions, Mattingly describes her project as “a proposal for how this land could be functioning in the future.”

Climate change is not just about loss and inevitability, she insists. “We need to be thinking about our security”—specifically, our food security—”and not just watching it happen,” said Mattingly. “I want to instigate a conversation that I don’t really hear around me.”

Perhaps many such discussions will take place this summer, on a grassy hillside near the Hudson River.

Indicators: Artists on Climate Change is on view at the Storm King Art Center in Orange County, New York, from May 19 to November 11, 2018.