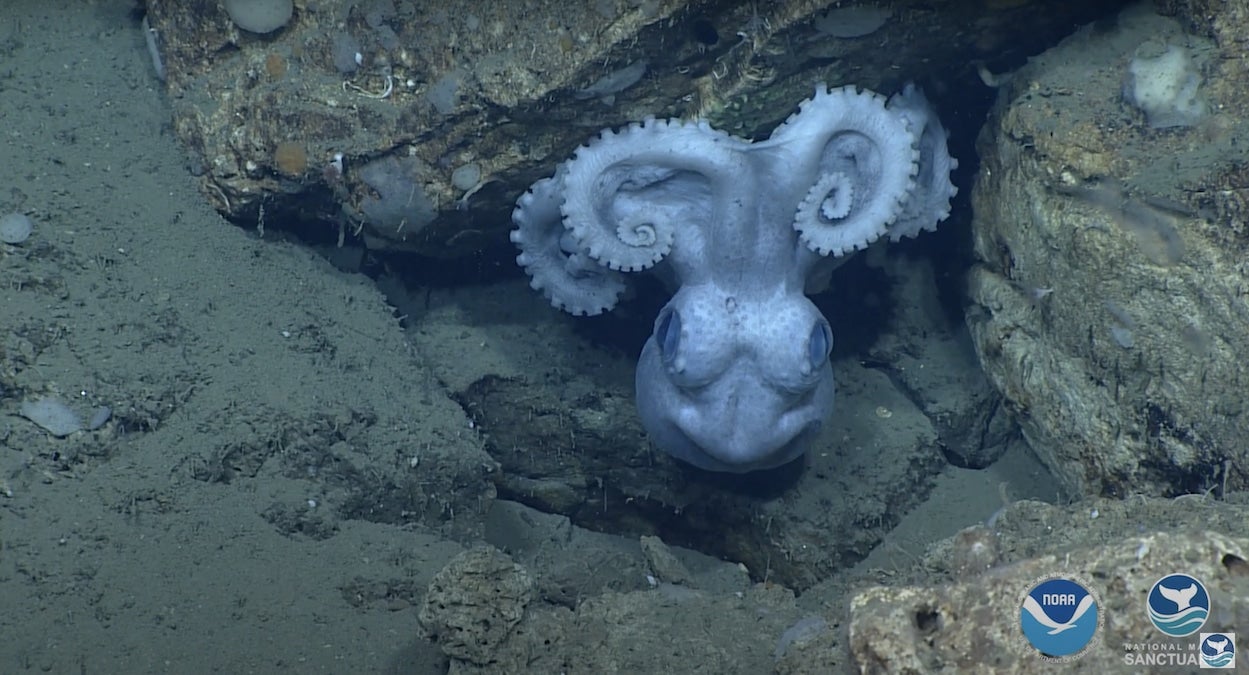 President Biden has announced interest in designating the Hudson Canyon, located from the New York/New Jersey Harbor and stretching 400 nautical miles out to the ocean, as the next national marine sanctuary.

The Hudson Canyon is the largest underwater canyon in the U.S. side of the Atlantic Ocean, reaching about 2 miles deep and over 7 miles wide in some spots. It is rich in biodiversity, being home to coral reefs, sponges, sea turtles, sperm whales, and more unique marine life.

The National Oceanic and Atmospheric Administration (NOAA) explains that Hudson Canyon’s structure, which resembles the Grand Canyon and features steep slopes, outcrops, and diverse nutrients, allows it to host a wide variety of organisms.

The area is historically and culturally important. There are shipwrecks dating back to the 19th century in the underwater canyon. Indigenous communities have also relied on the region’s natural resources for thousands of years.

The Wildlife Conservation Society first nominated the Hudson Canyon to become a marine sanctuary in 2016. The goals for the designation are to “1) support conservation of the area’s marine wildlife, habitats, and maritime cultural resources, 2) work closely with Indigenous Tribes and Nations to identify and raise awareness of Indigenous connections to the area, 3) highlight and promote sustainable uses of the area, 4) expand ocean science and monitoring in, and education and awareness of the area, and 5) provide a platform for collaborative and diverse partnerships that support effective and inclusive long-term management of the area,” NOAA says.

Hudson Canyon is also an important area for climate change monitoring, as marine canyons are particularly vulnerable to ocean acidification and deoxygenation. Further, Hudson Canyon was once the site for the world’s largest municipal sewage dumping into the deep sea from 1986 to 1992, and this has had lasting impacts on the marine life here.

The designation is not yet official, but the initiation process has officially begun and public commenting is available until August 8, 2022. Officials are seeking public comments on various factors, including potential names for the new sanctuary and proposed boundaries.

“A sanctuary near one of the most densely populated areas of the Northeast U.S. would connect diverse communities across the region to the ocean and the canyon in new and different ways,” Rick Spinrad, NOAA administrator, said in a statement. “It would also help advance the Administration’s commitment to conserve and restore special marine places, leaving a lasting legacy for future generations.”

In addition to Hudson Canyon, Alaĝum Kanuu (Heart of the Ocean) of the Pribilof Islands near Alaska has also been successfully nominated. The area is home to Steller sea lions, northern fur seals and other important species and is an important region to the Aleut Community of St. Paul Island Tribal Government. Although the nomination has been successful, the designation process for Alaĝum Kanuu has not been initiated.

Woman Gored by Bison at Yellowstone National Park in Third Incident This Year
One of the biggest attractions of Yellowstone National Park, which
By Cristen Hemingway Jaynes
Biodiversity Risks to Linger at Least a Half Century After Global Temperature Peaks, Study Says
Even if global temperatures start to decrease, after peaking this
By Tiffany Chaney
Join the Plastic-Free Parks TrashBlitz
People visiting U.S. national parks and other wild spaces are
By Olivia Rosane