How Your Tax Dollars Become Twinkies 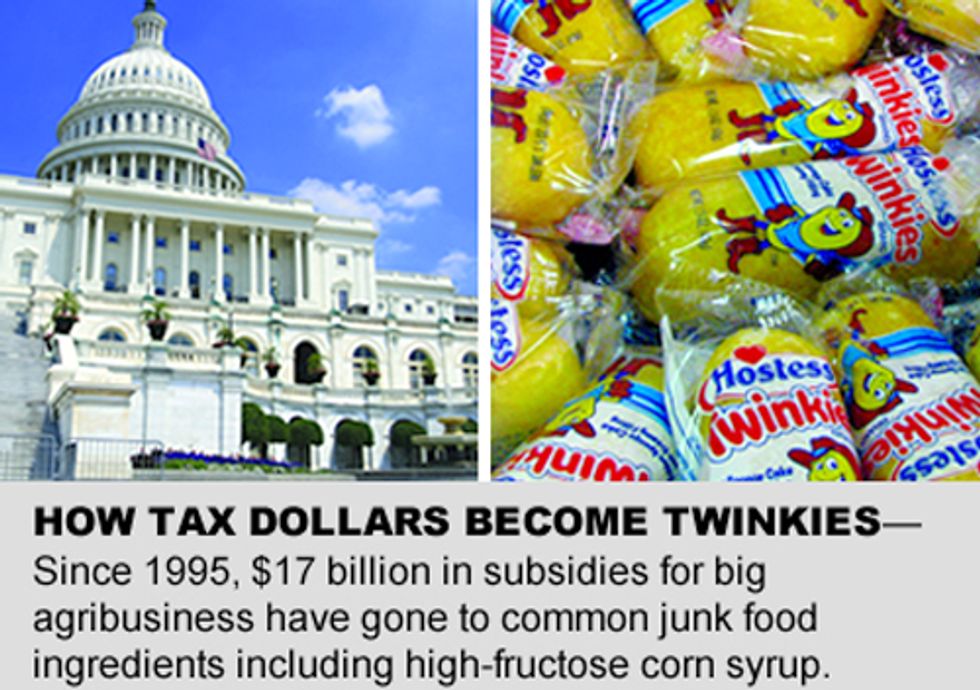 Federal subsidies for commodity crops are subsidizing junk food additives like high fructose corn syrup, enough to pay for 21 Twinkies per taxpayer every year, according to Ohio PIRG’s new report, Apples to Twinkies 2012. Meanwhile, limited subsidies for fresh fruits and vegetables would buy one half of an apple per taxpayer.

“At a time when childhood obesity rates are skyrocketing, it’s absurd that we’re spending billions of taxpayer dollars to make the problem worse,” said Laura Etherton. “With the Farm Bill about to be reauthorized, it’s time to end this waste.”

Between 1995 and 2011, American taxpayers spent more than $277 billion in agricultural subsidies. The payments are highly concentrated, with 75 percent of the subsidies going to just 3.8 percent of farmers, and they mainly support just a few commodity crops, including corn and soybeans. Among other uses, food manufacturers process corn and soy crops into additives like high fructose corn syrup and vegetable oils that provide a cheap dose of sweetness and fat to a wide variety of junk food products.

Among the report’s key findings:

Childhood obesity rates have tripled over the last three decades, with one in five kids aged 6 to 11 now obese. Research shows that increased snacking is responsible for a significant portion of this increase.