How Your Choice of Chocolate Can Help Reforest Haiti 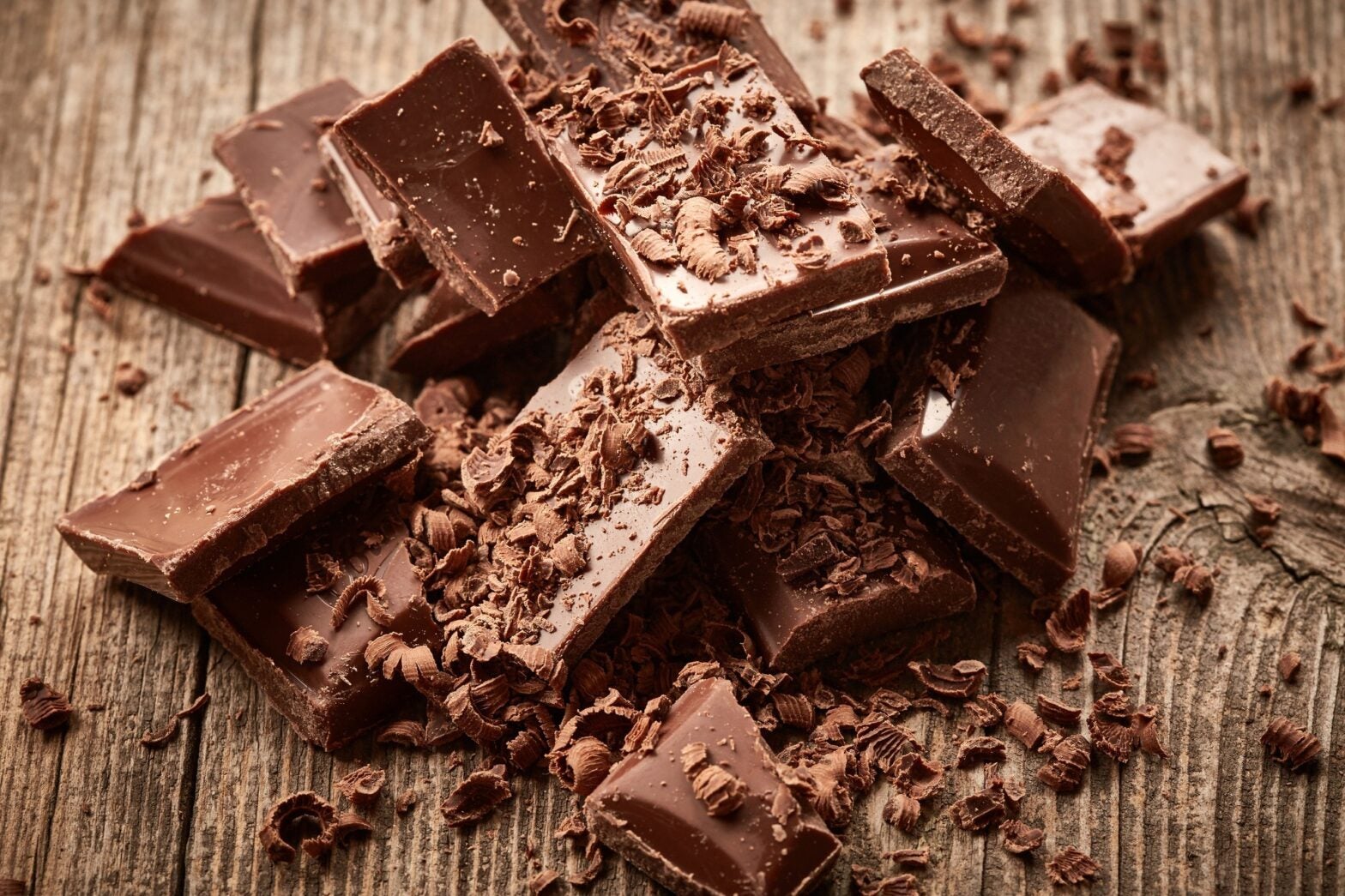 Read any article about Haiti’s environment and you’ll encounter the same grim statistic, that 98 percent of the country is deforested. That’s hard to fathom. How could a country possibly have only two percent tree cover?

Death by a Thousand Cuts, a 2016 film that tells the tale of a brutal murder related to Haiti’s charcoal trade, shines a light on the forces behind the nation’s dismal environmental state. 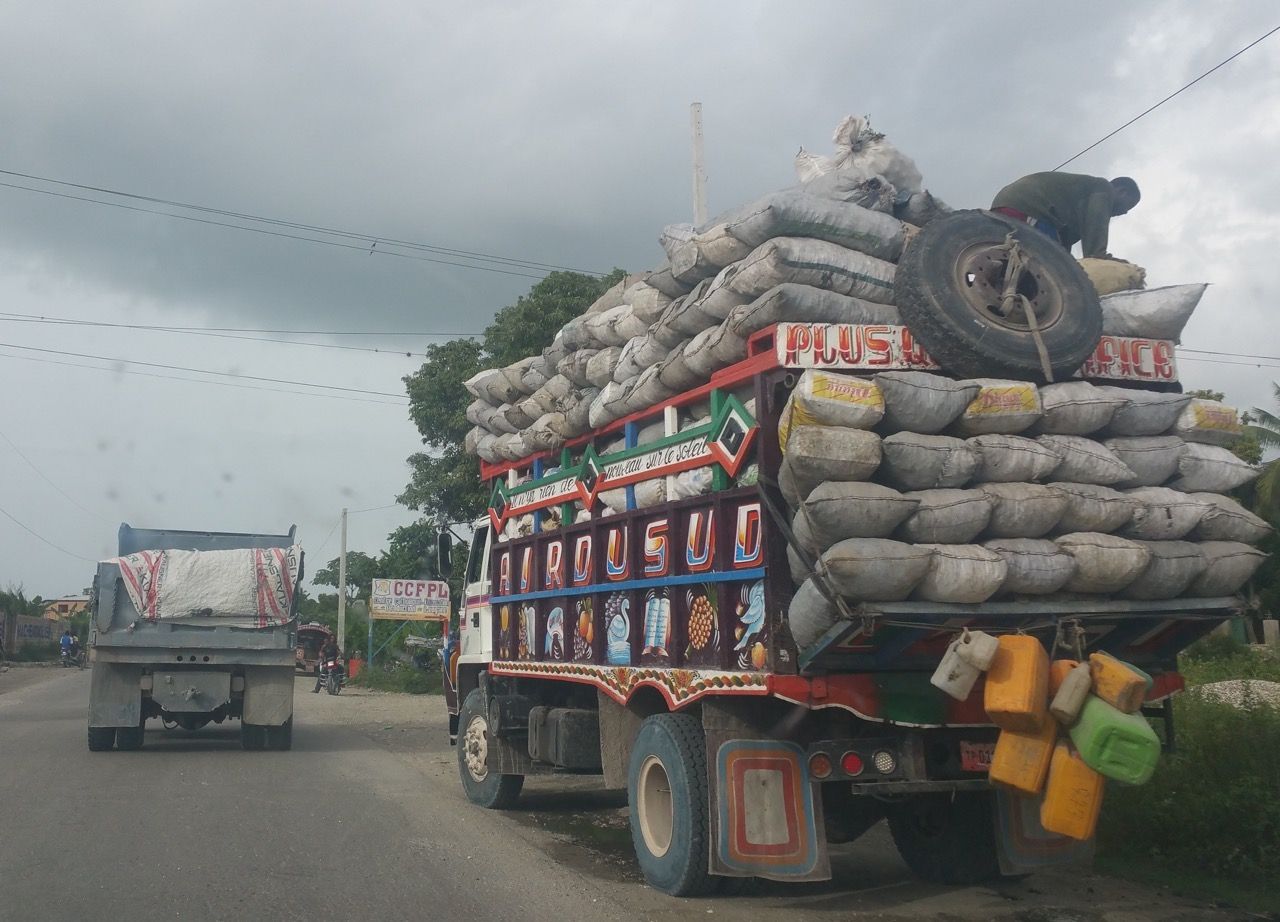 Trucks carrying bags of wood charcoal, the major cooking fuel source for Haitians and a key driver of deforestation.Patrick Dessources

Beyond the legacy left by the French, grinding poverty is a root cause, with per capita income in Haiti just $828 in 2014. Two-thirds of Haitians are subsistence farmers and the vast majority cook their food with wood charcoal. Charcoal production fuels deforestation, which leads to soil erosion, loss of productive agricultural land and a vicious cycle of poverty.

An estimated 50 percent of Haitian topsoil in fact has been washed away, irreparably damaging farmland and contributing to crop losses of up to 70 percent in recent years.

But, wait, what does this have to do with your chocolate bar?

Chocolate, of course, comes from cocoa, which grows on trees. It needs shade and that means cocoa farms are often found in forests, at the base of mountains. Cocoa is, surprisingly, Haiti’s third largest export crop. In fact, if you visit Haiti’s verdant cocoa region in the north, near Cap-Haïtien, that 98 percent deforestation statistic belies what you’ll see. 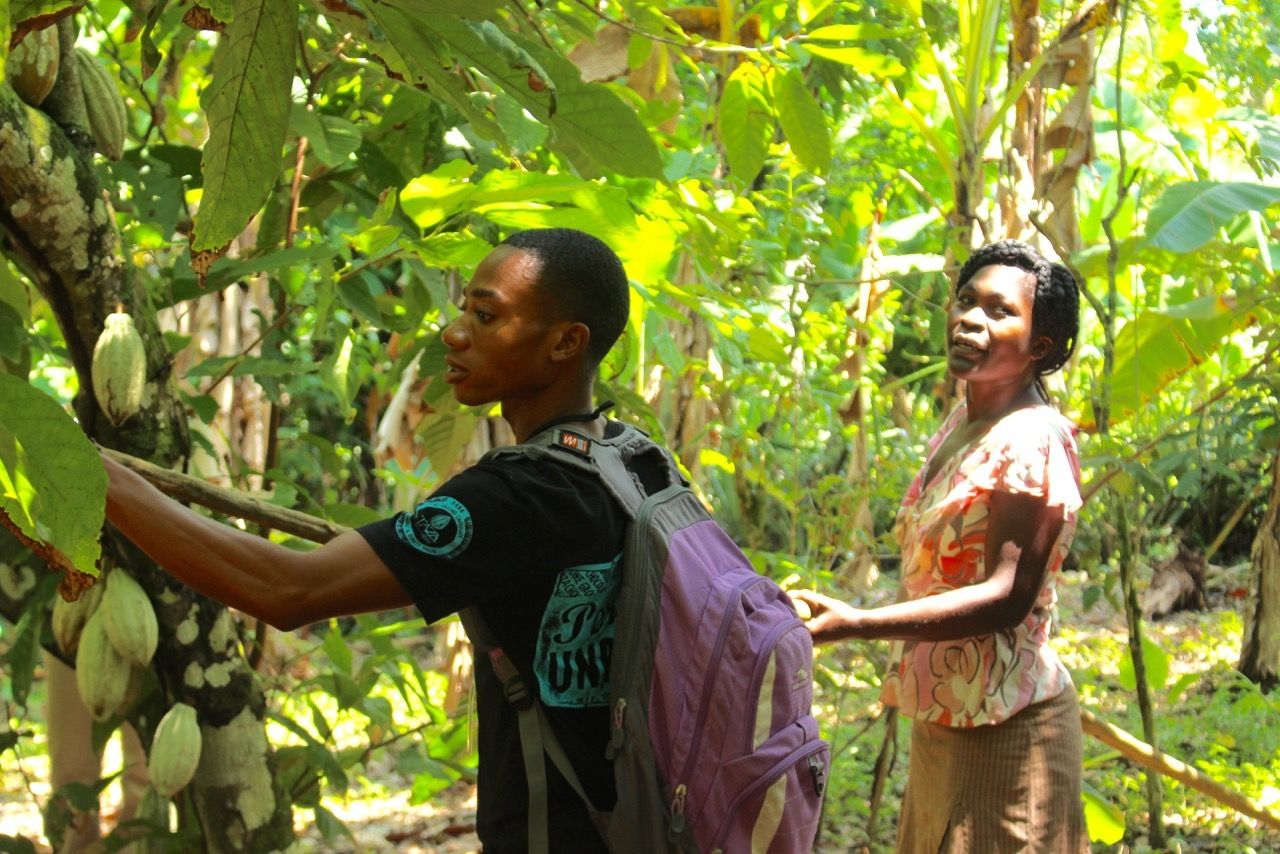 In northern Haiti, some 4,000 smallholder farmers harvest cocoa in agroforestry systems called creole gardens. Garden is an understatement, as these dense tangles of vegetation are forests with larger coconut, breadfruit, mango and avocado trees that tower over and offer shade to the smaller cocoa trees, as well as food for the farmers. Smaller banana trees are also intercropped into the system.

Cocoa farms are one of the few places in Haiti with standing trees and cocoa farmers have incentive to protect that greenery. Pierre Daniel Phelizor, for example, a cocoa farmer of 15 years, told me that his favorite pastime is planting new trees and that he runs a small nursery, selling cocoa, breadnut and mango trees to other farmers. Phelizor does not sell his trees to the ubiquitous charcoal traders. 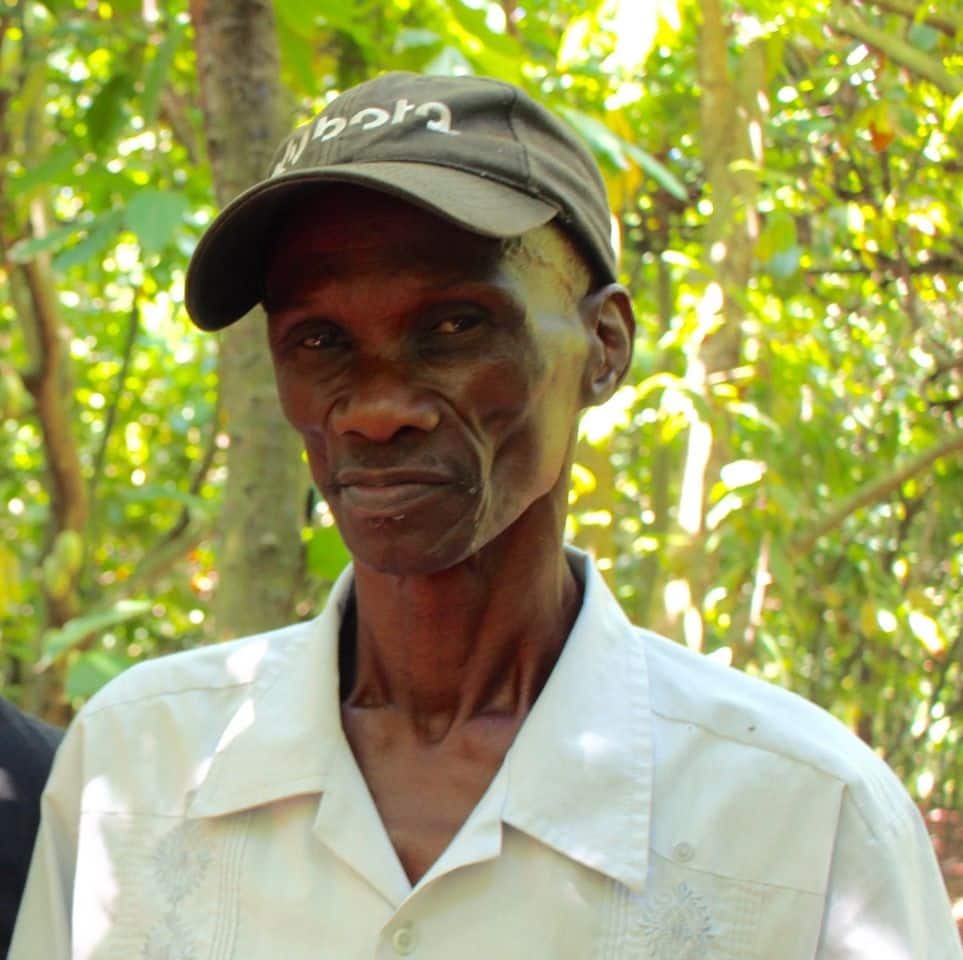 So what does this have to do with your choice of chocolate bar? Bear with me.

One way to fight deforestation is to expand the production of cocoa and other tree crops in Haiti, like mango and avocado—and at the same time also help improve Haitian’s lives and keep them from turning to the lucrative charcoal trade in the first place. 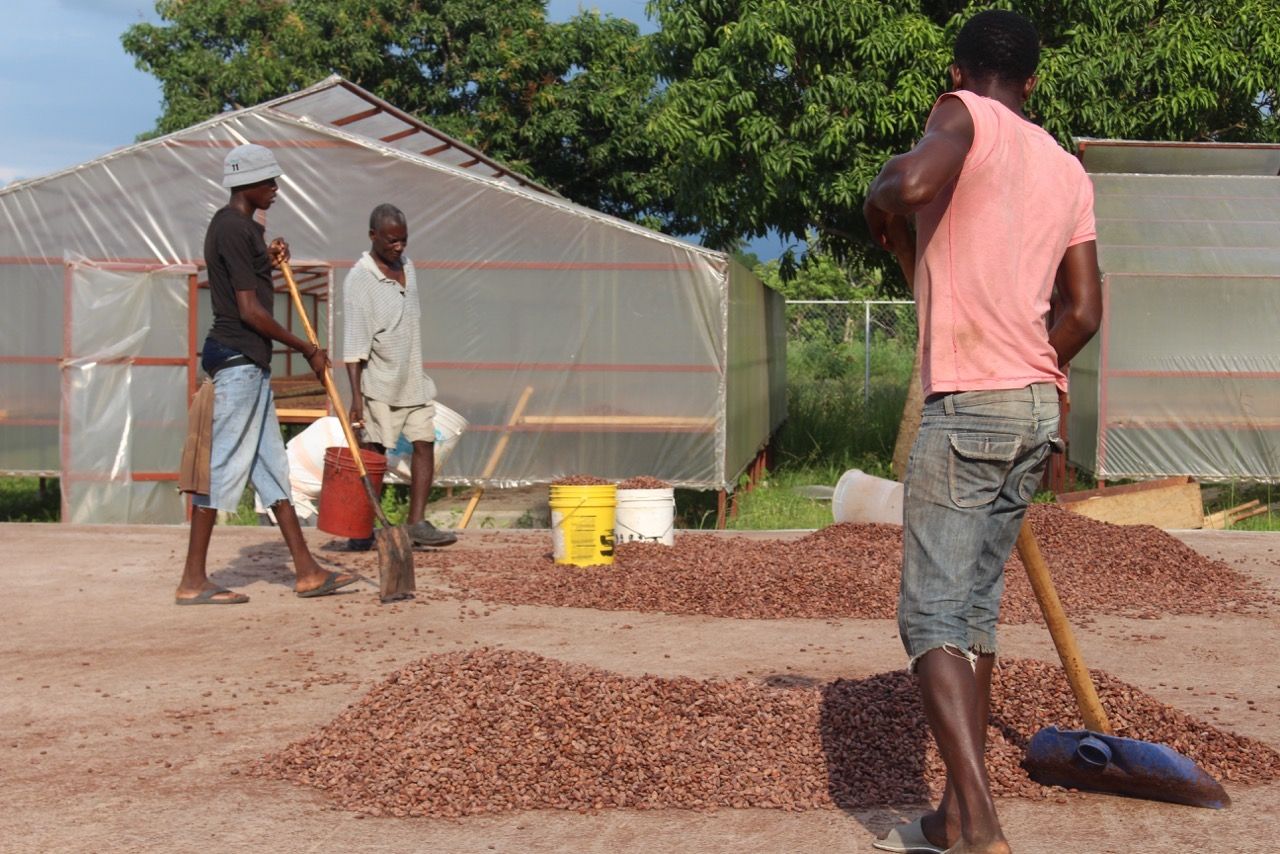 “In terms of reforesting the country, cocoa is one of the best crops you can use,” said Ralph Denize, of FOMIN (Multilateral Investment Fund) in a phone call. FOMIN is partnering with Catholic Relief Services, a financier Root Capital and the Swiss Government to help expand and strengthen Haiti’s cocoa industry. 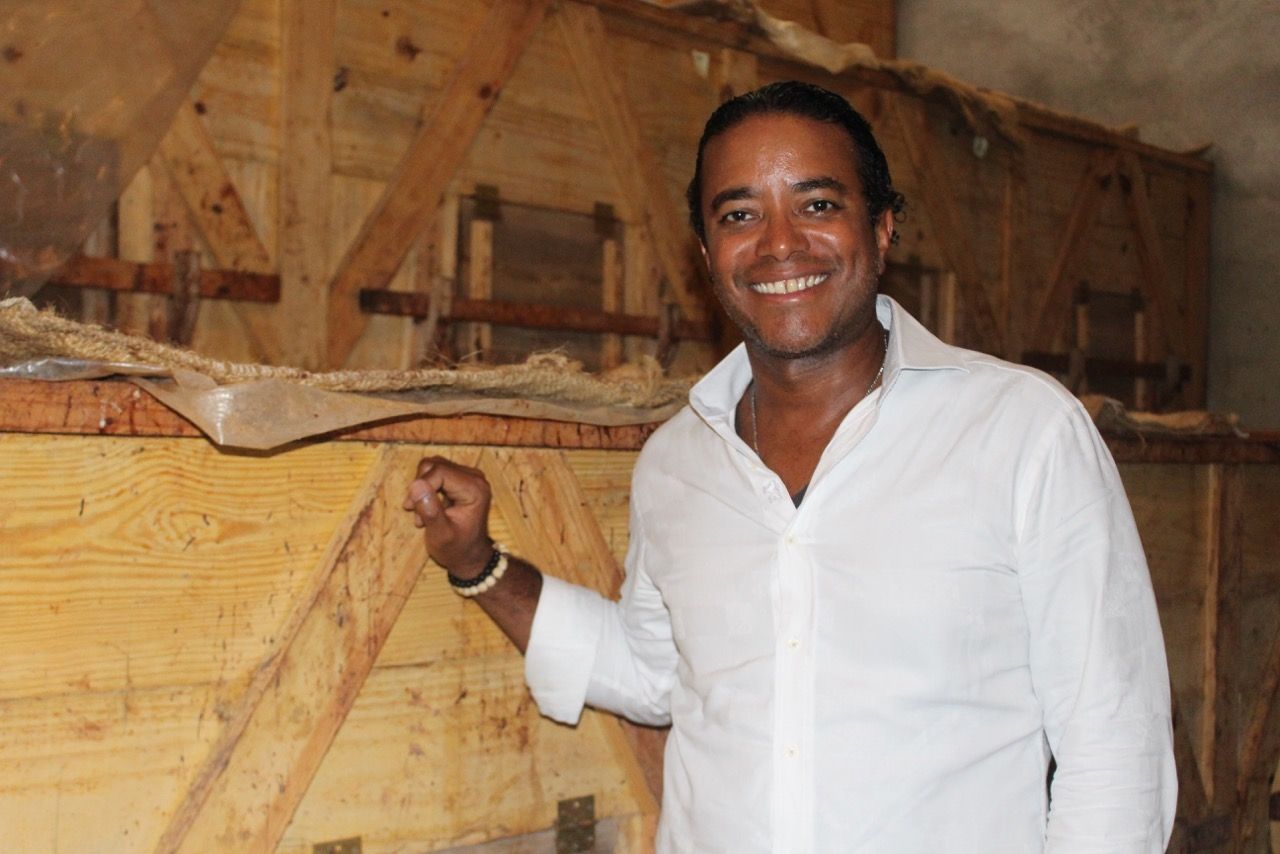 Gilbert Gonzales, inside the cocoa fermentation facility at the company he founded Produits de Iles S.A. (PISA), in the north of Haiti.

Revitalizing the industry is one way to help expand Haiti’s forest cover.

And here is where your choice of chocolate bar comes in.

The vast majority of Haiti’s cocoa beans are sold and exported in their raw, unprocessed state for mass-produced chocolate. Farmers earn very little for that and it’s one of the reasons why cocoa production has dropped in Haiti. A quasi-monopoly buyer has also kept prices paid to Haitian farmers low.

Fermented or processed, beans are what dark chocolate and specialty chocolate bars are made from and they can earn farmers up to twice as much.

To date, however, there are scant few fermentation processing facilities in the country where Haitian farmers can bring their beans.

Now different players in the cocoa industry are working to expand that fermentation capacity, from private companies and farmer cooperative associations to specialty chocolate manufacturers and financiers. They aim to rebuild Haiti’s cocoa industry while providing farmers with a better life. 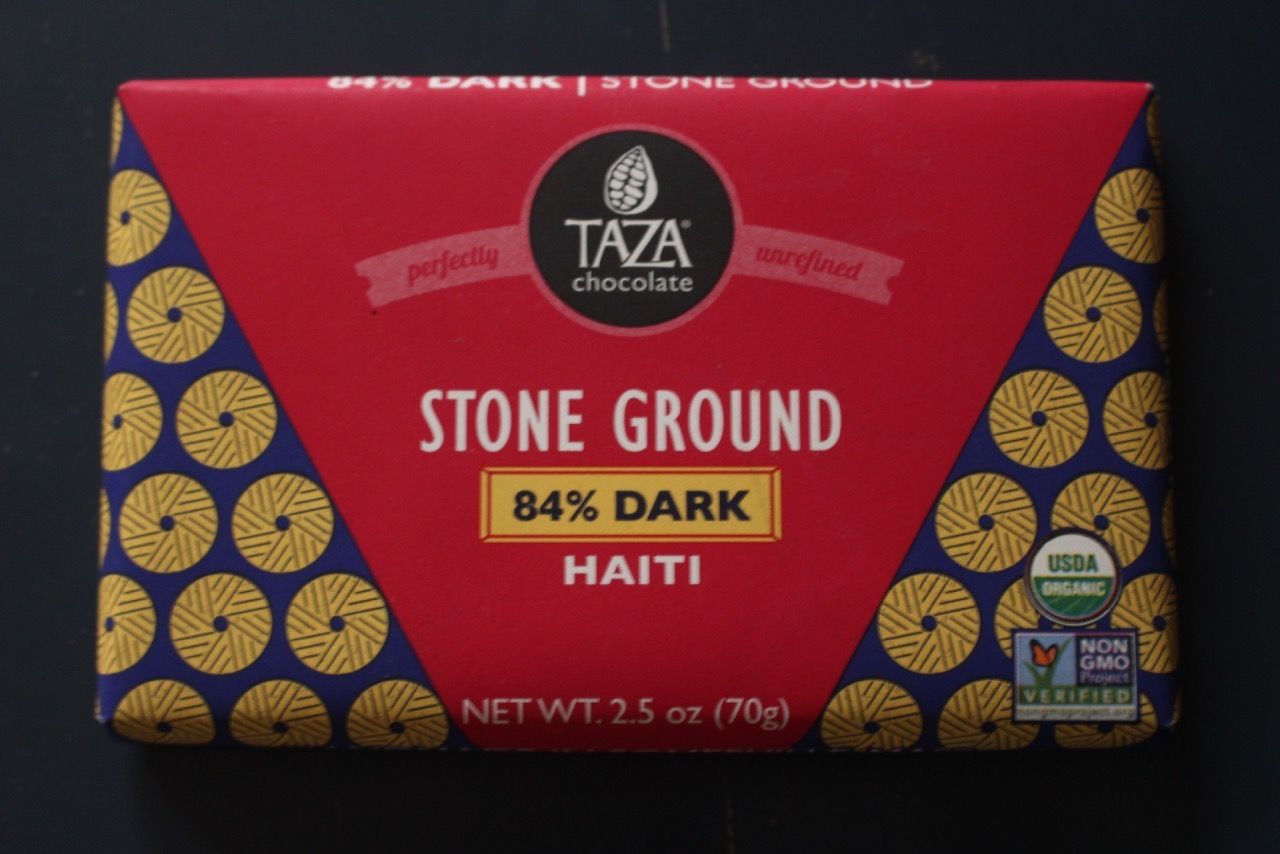 “Moving from unfermented to fermented cocoa is about keeping the value added in the country,” Denize told me.

And that in turn motivates farmers like Phelizor to take good care of their trees. Phelizor says in fact that he is “doing real business with his cocoa trees” now that he’s selling into the specialty market.

If you buy a standard issue milk chocolate bar, you’re likely eating a blend of cocoa beans from different countries, with a lot of sugar and fillers to boot. If you buy what’s known as a “single origin,” specialty chocolate bar you can actually select where the cocoa beans were grown. And if you’re a chocolate connoisseur, you can pick the flavor, as each origin has distinctive notes, much like wine and coffee.

You can do that now for Haiti, which happens to produce an exquisite chocolate flavor, with fruity notes, owing to its prized cocoa varietals. The first chocolate manufacturer in the U.S. to produce and market a single origin bar, with 84 percent Haitian cocoa beans, is Taza Chocolate. Taza is the pioneer, but we can expect to see more chocolate bars marketed with Haitian cocoa, as Uncommon Cacao, a broker that sells to many specialty chocolate manufacturers, has recently entered Haiti’s market.

So the next time you buy a chocolate bar, think about choosing one made with Haitian cocoa and make a small contribution toward helping to reforest the country while improving impoverished farmers lives.