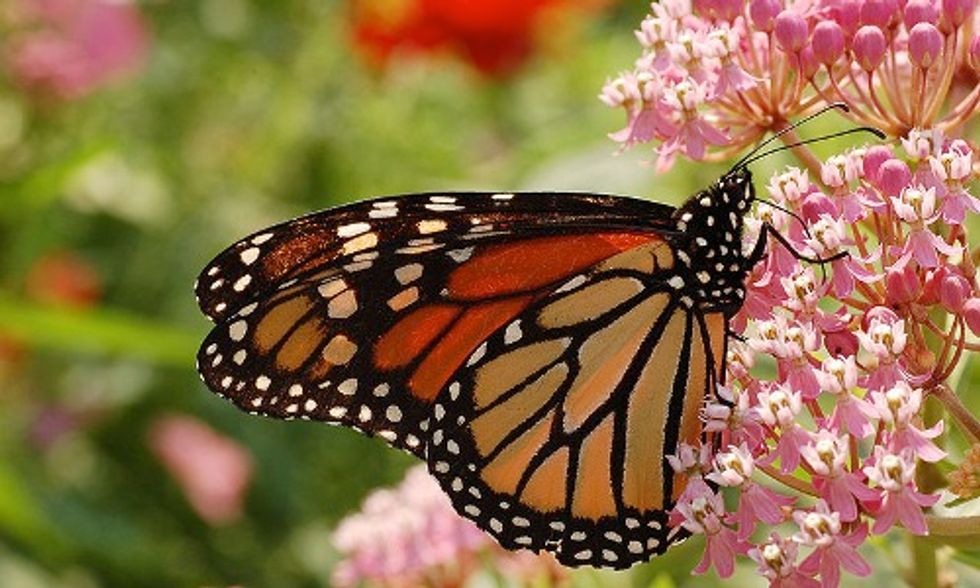 Home gardeners can help offset the falling numbers of monarch butterflies due to herbicides and a new study shows U.S. citizens are willing to pay for it.

Milkweed—the only plant on which monarchs lay their eggs—is being eradicated by the herbicide glyphosate, which is sprayed on roadsides, pastures and fields where genetically modified, Roundup-ready corn and soy crops are grown, resulting in the loss of more than 80 million acres of monarch habitat in recent years, reports MonarchWatch.

Milkweed is the only place where monarch butterflies will lay their eggs. Photo credit: Wikimedia Commons

The number of monarch butterflies has steadily dropped around 80 percent or more by some estimates in the past 15 years, barely recovering from the lowest plummet in 2009 to 2010. The good news is that home gardeners can help offset the threat simply by planting milkweed or building waystations to offset the loss of milkweed habitats.

A new survey suggests that U.S. citizens would support grassroots efforts such as MonarchWatch to preserve the monarch butterfly populations. Research published Monday in the journal Conservation Letters shows U.S. citizens are willing to contribute big bucks to conservation organizations working to protect the declining species.

The survey of U.S. households, conducted by the U.S. Geological Survey, Colorado State University, University of Minnesota and others found that, through a combination of payments and donations, U.S. citizens would be willing to contribute a one-time sum of up to $6.64 billion—if extrapolated to all U.S. households—toward monarch conservation efforts—an amount close to what is contributed toward many endangered vertebrate species.

The survey asked participants how much money they would be willing to donate to animal protection groups working to help the butterfly, as well as the amount they would be willing to spend (or had already spent) growing plants that were monarch-friendly. If even a small percentage of those households made good on those promises, the survey authors said, it could generate considerable additional funding for monarch conservation efforts.

"This study shows that not only might consumers pay more for monarch-friendly milkweeds grown without systemic insecticides in the potting soil, but also that consumers might be more interested overall in buying nectar-producing plants or milkweeds if they knew a small percentage of sales will be donated to habitat conservation," said Karen Oberhauser, a monarch biologist at the University of Minnesota and a co-author of the study.