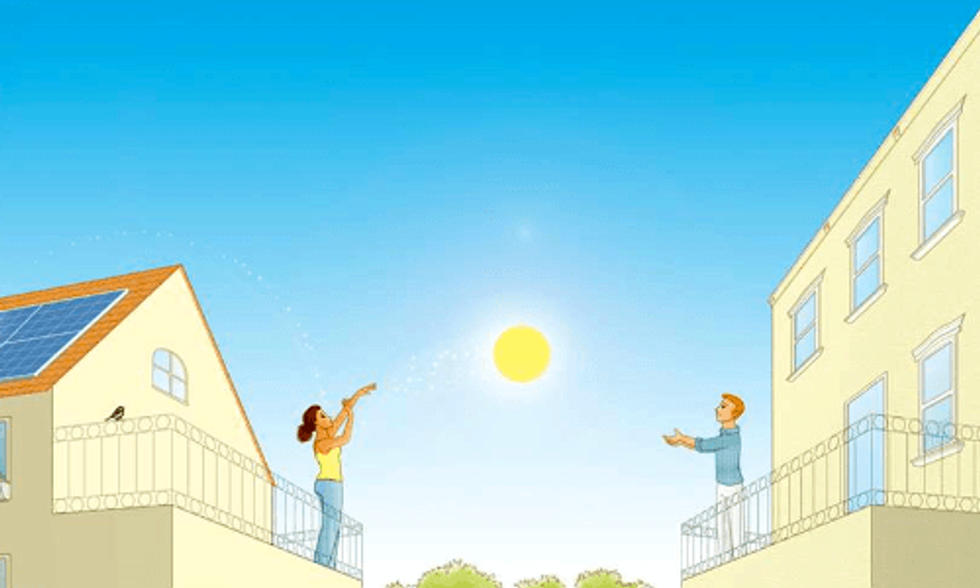 We know that solar power in the U.S. is growing at leaps and bounds and is only getting cheaper. Still, there are limitations. Not everyone has the ability to harness the sun's power, especially if you're not a property owner, don't have the proper rooftop or can't afford the costly solar panel installation process.

Enter Yeloha, a new Boston-based peer-to-peer solar startup that allows anyone to go solar. Yes, even if you live in a rented apartment, have a roof blocked by a particularly shady tree or don't have the funds for panels.

Customers can sign up for the service as a "sun host" or a "sun partner." Sun hosts are for homeowners who have a suitable roof for solar but can't afford panels. Yeloha will install the panels for free in exchange for access to the solar power the panels create. Sun hosts will also get about a third of the electricity created by the panels, all for free. This translates to lower monthly power bills for the homeowner.

The remaining power goes to the sun partners, who are customers that want to go solar but don't have a proper roof or don't own their home. Sun partners can buy as many solar credits as they'd like from Yehola at a price that's less than what they'd normally pay to their utility.

Sun hosts can also assign their electricity to specific partners, and sun partners can choose who hosts their power. The savings work out to about 10 percent less than the utility's prices for a year's worth of energy which admittedly isn't a lot. But as Amit Rosner, Yeloha co-founder and CEO, told Inc., switching to solar is also about fighting climate change. "While [customers] save money," he said, "they also save the world."

The service is currently offered invite-only for residents in Massachusetts (a state that's particularly friendly towards solar), and has plans for expansion across the country. The company recently raised $3.5 million in funding, which means Yeloha might come to a residential area near you soon.

In this growing sharing economy, people are already renting out their homes, cars and even their clothes. Yehola is simply asking, why not share the sun's power for all?

“Our mission is to create and accelerate the confluence of the sharing economy and solar energy,” Rosner said. “We’ve seen the extraordinary impact of collaborative connections in many industries—from transportation to travel. Now, the power of sharing comes to solar power.”

4 Reasons Solar Microgrids Are the Future of Energy