How Wind Power is Saving Millions During Polar Vortex 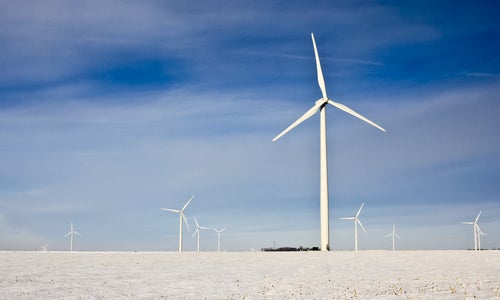 For the second time in two weeks, wind power once again kept consumers’ energy costs down as extreme cold drove energy prices to record highs across much of the eastern U.S.

Electricity and natural gas prices skyrocketed to 10 to 50 times normal across parts of the Mid-Atlantic and Great Lakes states as extreme cold drove demand for electric and gas heating to near-record levels late last week. Fortunately, regional wind energy output was strong throughout these periods of peak demand, producing around 3,000 megawatts (MW) on the evening of Jan. 22 when supply was particularly tight, and roughly 3,000 to 4,000 MW for nearly all of Jan. 23 as electricity prices remained very high. 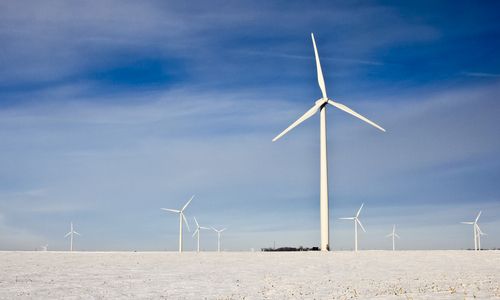 As the Polar Vortex descended upon Americans across the country this month, wind energy provided strong output during times of peak demand. 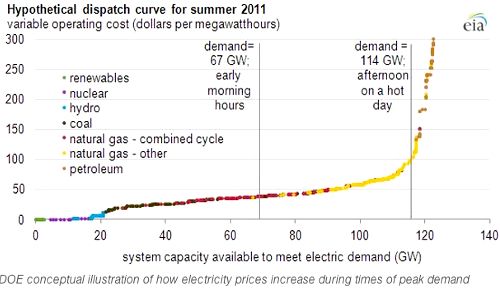 However, these savings are further magnified when energy prices are high:

One compelling illustration of these benefits came in a glowing press release from the Nebraska Public Power District (NPPD), describing how a large amount of wind energy output kept energy prices low for their customers during the cold snap two weeks ago. The utility explained that “Nebraskans benefit from NPPD’s diverse portfolio of generating resources. Using a combination of fuels means we deliver electricity using the lowest cost resources while maintaining high reliability for our customers.” The utility also noted that “NPPD did not operate its natural gas generation because the fuel costs were up more than 300 percent over typical prices.”

Another illustration comes from across the Atlantic in Ireland. As we just noted, the Emerald Isle is now green for two additional reasons, as wind energy reduced pollution and protected consumers’ pocketbooks from near-record natural gas prices by providing 24 percent of Ireland’s electricity for all of December.

The Irish Examiner noted two weeks ago that “the sustained wind volumes forced expensive gas powered plants off the system and this provided downward pressure on wholesale prices.” It quotes an energy trader noting that “the substantial contribution of wind energy helped reduce the monthly average wholesale electricity price by 5 percent.” The article further explains that wind energy played a critical role in driving the price of electricity down despite near-record natural gas prices.

Both recent cold snaps also highlight the value of wind energy for diversifying our energy mix, improving energy reliability and reducing energy costs for homes and businesses. Diversity inherently makes the power system more reliable by protecting against the unexpected failures that afflict all energy sources from time to time. PJM noted that dozens of power plants of all types failed during the last cold snap, and during this cold snap PJM experienced the abrupt and unexpected failure of several nuclear power plants.

The New York grid operator also highlighted that it received very high wind output when it needed it most during the last cold snap, while other forms of generation experienced a variety problems. While wind energy output does change with the wind speed, such changes occur far more slowly than the unexpected outages that frequently occur at large conventional power plants. Moreover, changes in wind energy output are predictable using weather forecasting, while conventional power plant failures are not, making them far more difficult and costly for grid operators to accommodate.

Wind energy output has been very strong throughout both recent cold spells in the Eastern U.S., keeping the lights on and saving consumers millions of dollars by keeping both electricity prices and natural gas prices in check. Wind power diversifies our energy mix during both extreme weather and normal conditions, providing consumers with more reliable and lower cost energy.